No Carbon Monoxide Found at Meadowbrook

The first student reported signs of illness before April break, Mercurio said. The student had gone to the nurse and eventually the nurse recommended to the parents that they have their child checked for carbon monoxide poisoning. When the test came back positive, the district had air quality test company Ocean State Analytics (who does regular work for the district) check out the school. The air quality was shown to be normal. But then, in the last week of April, another student was tested and found positive. Finally, a third student recently tested positive.

“After the third student, we thought out of an abundance of caution, we’d close the building,” Mercurio said, “and conduct a more pristine test.” On Thursday, the district called in the EGFD and National Grid. They closed the building (carbon monoxide dissipates quickly in fresh air, which is why it’s usually more of a problem in winter) and ran tests.

“We simulated a day when the mechanicals are running, all of the normal things that would happen in the course of a school day,” he said. By mechanicals, Mercurio meant things like the furnace and kitchen appliances. “All of those tests came back negative,” he said. 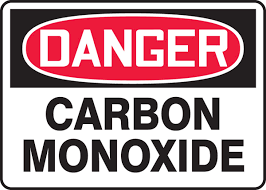 Mercurio said some had asked if the CO problem could be from bus fumes. EG school buses get emission tested twice a year, he said, and they run on propane, a cleaner fuel than diesel. In addition, the three students, all second graders and all in the same class, get to school by different ways. A couple of them ride the bus but not the same bus. Another student does not ride the bus.

With no school-connected culprit, Mercurio said the parents were recommended to ask the fire department to test their homes. But, he said, “we’re going to continue to monitor the situation.”

East Greenwich News just received its 501(c)(3) status, so your donation may be tax deductible. If you believe in local news, please consider becoming a part of the community of EG News supporters. To donate, click on the link below or send a check to EG News, 18 Prospect St., E.G., RI 02818. Thanks!