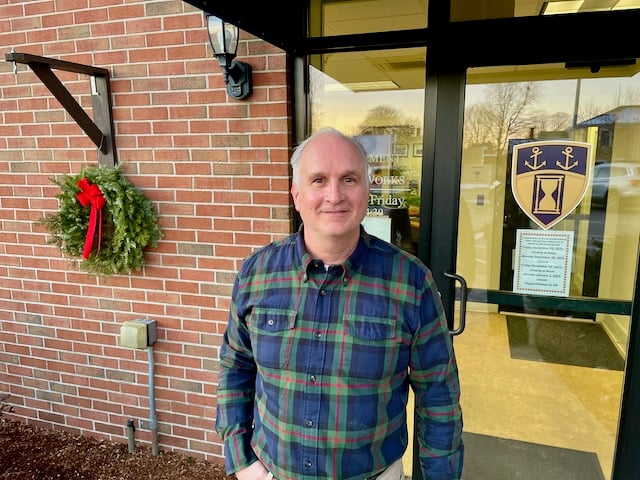 East Greenwich has a new director of public works, Anthony Vaccaro, and there were other staff changes around town as well in late 2022. Vaccaro replaces Mike Gray, who was hired last July but decided in September to return to his old job as director of public works for Jamestown. Gray had been hired after the resignation of longtime DPW head Joe Duarte in April.

Vaccaro comes to the position with a background in both public works and private engineering  jobs in New York State, most recently as section chief for the NY Bureau of Water. He has headed up public works departments in the towns of Monroe and New Castle, both in New York.

It was his Rhode Island connections that attracted him to the East Greenwich job. He has a daughter who lives in Rhode Island and his wife’s family has been vacationing in Charlestown since the 1970s. He and his wife had been looking to move to Rhode Island permanently.

Meanwhile, in the Community Services Department, an familiar face has returned – Nancy Phillips is the new community services coordinator for recreation. Phillips started her career in the recreation department, teaching hundreds of young East Greenwich children in the then-popular Tumble Tots program, among other facets of her job during those years. She moved to the Town Clerk’s office for many years, interacting with the public in numerous ways, from registering to vote to helping with marriage licenses or real estate records. Christopher Horton is a new member of the parks team, also in community services.

Jim Tavarozzi has been with the DPW for a few years on a part time basis as a building inspector; in July his hours increased to 30 per week.

The town lost a 27-year veteran of the police department in November, with the retirement of Chris Rafferty, who has spent the last four years as the student resource officer at EGHS. While Rafferty said he loved working with the kids, he would not miss working holidays and snowstorms. To that end, he is spending the winter in Florida, but he will be back with the warmer weather and you can probably find him taking on police detail shifts. Rafferty, who lives in town, is a member of the EGHS Class of 1991.

“It was a lovely ride working with great men and women,” he said, noting he’d worked under five town managers and four police chiefs, as well as in two police stations.

Patrolman Thomas Cole III (below) has taken over the SRO job at the high school. 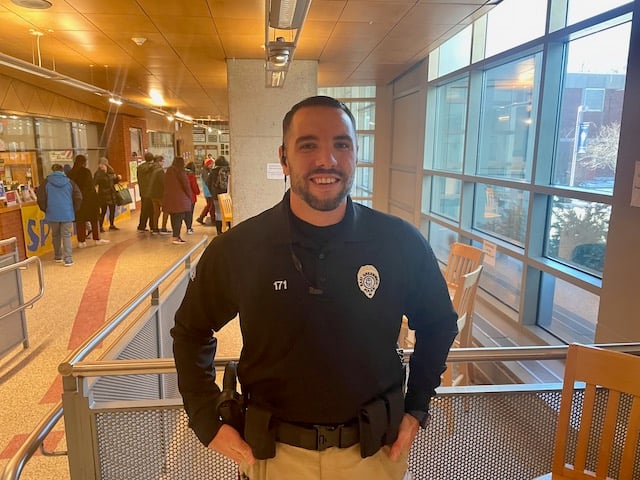