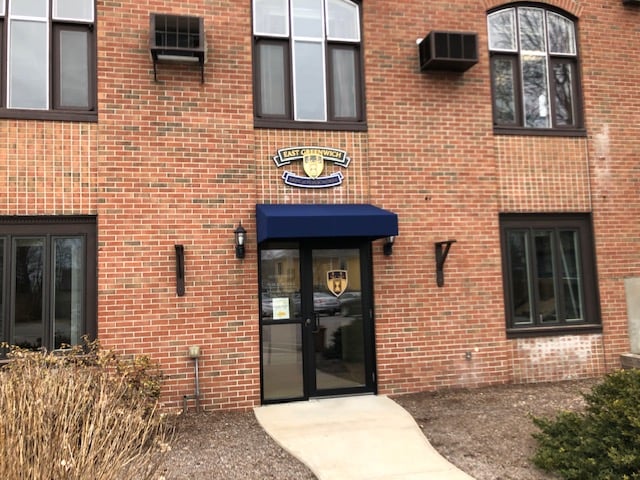 The Planning Department returned to full strength last week with the arrival of a new planning technician but, at the same time, the new director of Public Works is returning to his old job in DPW director in Jamestown, and the assistant town engineer took a job in South Kingstown.

Town Manager Andy Nota acknowledged the has been a lot of staff turnover at the top level since his arrival in 2019.

Mike Gray was hired as director of DPW in July. According to Nota, who had worked with Gray in Jamestown, it’s a tough time to find people for positions like these. Jamestown had been unable to fill Gray’s position after he left and they convinced him to return. Gray had continued to do some parttime work for Jamestown during his time in East Greenwich. Nota said he will do that in reverse for East Greenwich when he returns to Jamestown – his last day is Friday (9/30).

Meanwhile, Mark Conboy, the town’s assistant engineer, took an assistant director position in South Kingstown. His last day was Friday (9/23), but Nota said he too has offered to assist EG in the interim.

Nota said he couldn’t fault people for leaving when they had good opportunities come up. Both jobs have been posted and the town is looking to hire a senior engineer in place of Conboy, in case they are unable to find a DPW director candidate with an engineering degree.

DPW and Planning have seen significant turnover in the past year. First Town Planner Lisa Bourbonnais left last November, after 27 years with the town. Then Asst. Town Planner Lea Anthony-Hitchen was elevated to fill Bourbonnais’s job but was soon hired away by Portsmouth. (Bruce Lofgren was hired to fill the assistant planner position in April). Planning Analyst Aaron Lindo, the final member of the Bourbonnais team, took an assistant town planner job with Portsmouth in August. Al Rinaldi came on as town planner in June. Christina Marseglia started as planning analyst last week; she comes to the department from the real estate field.

Joe Duarte resigned as head of public works in April.

Nota said he expects the DPW positions to be the final major holes to be filled, noting the new faces at the top in Community Services, IT, and Finance, in addition to Planning.

“I think I’m starting to see the light at the end of the tunnel,” he said.