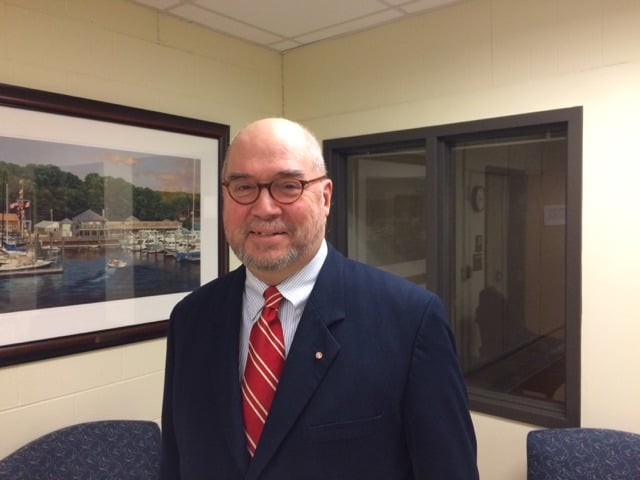 Bruce MacGunnigle has been East Greenwich’s unofficial town historian for years but now it’s official. The Town Council voted 5-0 Monday night to both create the position of Town Historian and to name MacGunnigle to the post.

“I think it’s a great idea,” MacGunnigle said to laughter. He was the one who proposed the post.

“The town is almost 340 years old,” he said. “And we’ve had some outstanding historians – Howland Greene’s history of 1877, Martha McPartland’s in 1960 and Thaire Adamson in 1977. It’s amazing that we’ve never had a town historian.”

The new position does not have a salary or budget.

MacGunnigle retired from a half-time position at the Town Clerk’s office in the fall. He had also served as Main Street Coordinator for several years. He was president of the Varnum Continentals for 19 years, stepping down in 2012. He has written several books about East Greenwich history and said he got interested in history after being assigned a genealogy project in high school. His family dates back to the 1760s in East Greenwich on his mother’s side.