According to a state Dept. of Education advisory opinion given to West Warwick schools in 2008, “social events are excluded from this prohibition on fees.”

The West Warwick school district was asking for a variety of waivers, among them to be able to charge fees for all extracurricular activities, including athletics. That request was denied, but then-RIDE Commissioner Deborah Gist’s opinion contains that sentence about being able to charge for social events.

“We can charge for prom, yes,” said committee member and policy chair Anne Musella at the School Committee meeting Tuesday, June 18. Other such events could be student-driven activities and certain club trips, such as ski club – those activities not designed for educational outcomes, Musella said. 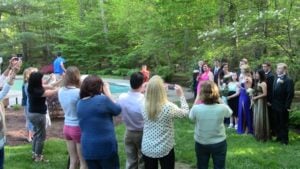 The district is rewriting the field trip policy, and the companion fundraising and student activity account policies, both in response to the School Committee’s growing reluctance in recent years to approve parent-funded school-based trips and the advisory opinion it received in April from former RIDE Ken Wagner about fees. Wagner’s advisory said schools could not charge fees for district-organized field trips using district resources.

While the West Warwick advisory seems to open the door for some parent fees, the School Committee is still faced with other clubs that are not part of the curriculum but are educational, such as Model UN, mock trial and the academic decathlon.

“How do we make the determination … what is a social activity and what isn’t?” Musella said. “We have to do it. We have to look at all of them.”

The School Committee will take up all three policies again at its meeting July 16. There will be a policy subcommittee meeting sometime before that but no date has been set.