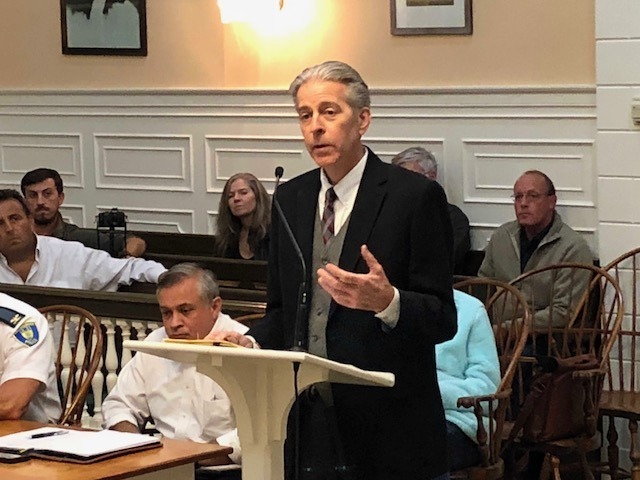 Earlier this month, the School Committee got results of a programmatic audit that said the district would need an additional $1.2 million to be in compliance with state regulations. Monday night, the Town Council heard an independent assessment of the audit that confirmed many of the findings but painted a more complicated picture in terms of how much it might cost.

Presenter David Abbott served as RIDE general counsel and deputy commissioner from 2001 to 2017. He now works for Whelan, Corrente, a law firm hired by the town last September for help on a variety of issues, including labor issues, ethics complaints and education issues. (Council President Sue Cienki said Monday night, however, that Abbott was not charging for this particular appearance.)

How the district got to this place, according to school officials, was a steady ratcheting down of funding from the town, leading to two years of deficits, including the most recent budget, in which the town gave the schools half the increase the School Committee requested. The audit was meant to determine what the school district really needs to be in compliance with the state Basic Education Plan (BEP), a possible precursor to legal action against the town. 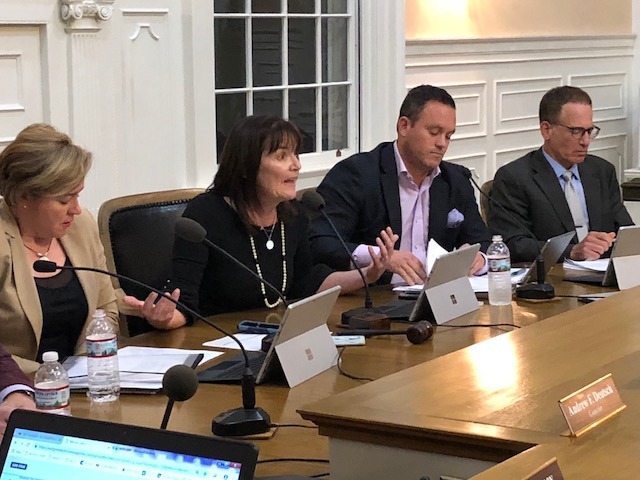 Abbott said the BEP was indeed something that needed to be complied with – he should know, having been closely involved with the writing of the most recent version of the BEP. He said it was not “aspirational,” but was rather a “clear legal standard” against which a school district must measure itself.

Still, the deficits highlighted by the audit did not mean the district was in trouble, Abbott emphasized.

“East Greenwich does a lot of things right – some things run incredibly well,” he said.

For instance, he said, “You have the best special ed team I think I’ve ever seen.” He said the district appeared to be catching students with learning issues at an early age and the numbers of students in special ed decreased in the higher grades, which is the ideal.

However, Abbott said going six years without a curriculum director was troubling, particularly at the elementary level. He also noted the lack of social workers as a safety issue.

The district recently hired Alexis Meyer as curriculum director (aka director of teaching and learning). But with that six-year gap, said Abbott, “You’ve got a lot of undoing to do in the curriculum area.”

Good people worked on the audit, he said, but ultimately “it just doesn’t go far enough.” While the performance audit put dollar amounts alongside many of the highlighted issues, including curriculum ($275,000), Abbott argued it was hard to know just what that number should be at this point.

Town Manager Gayle Corrigan also questioned some of the numbers, specifically around new hires – did the $55,000 for someone in human resources include benefits?

“Very rarely is a single number going to be accurate. This is a moving target,” said Abbott.

“There seems to be a disconnect. It seems to me they threw $1.2 million and came up with this number,” she said.

Town Councilor Nino Granatiero said it looked like most of the issues dated back six years.

“I think it’s more complicated than that, honestly,” he said. “Whenever you see a structural deficit, you know there are storm clouds on the horizon.”

The school district has run structural deficits the past two fiscal years.

“I’m not going to say that,” said Abbott.

Stating the most obvious question, Councilor Sean Todd asked, “Is East Greenwich in violation of the BEP?”

“Not have that curriculum in place at the elementary school, that would be a pretty clear violation,” Abbott responded. “Unfortunately, a lot of things flow from that…. It’s hard to tell if kids are getting the proper amount of support if you don’t know what they should learn and you can’t measure it. If I were to point to one thing, that would be it. But it’s not as simple as just spending money or hiring one person.”

A bit later in the meeting Abbott said it was all about outcomes.

“Are your kids performing as well, universally as well, as you demand in this town?” he said. “That’s the ultimate measure of the BEP.”

Cienki said she and Corrigan will be meeting with Supt. Victor Mercurio and School Committee Chairwoman Carolyn Mark to discuss the audit.