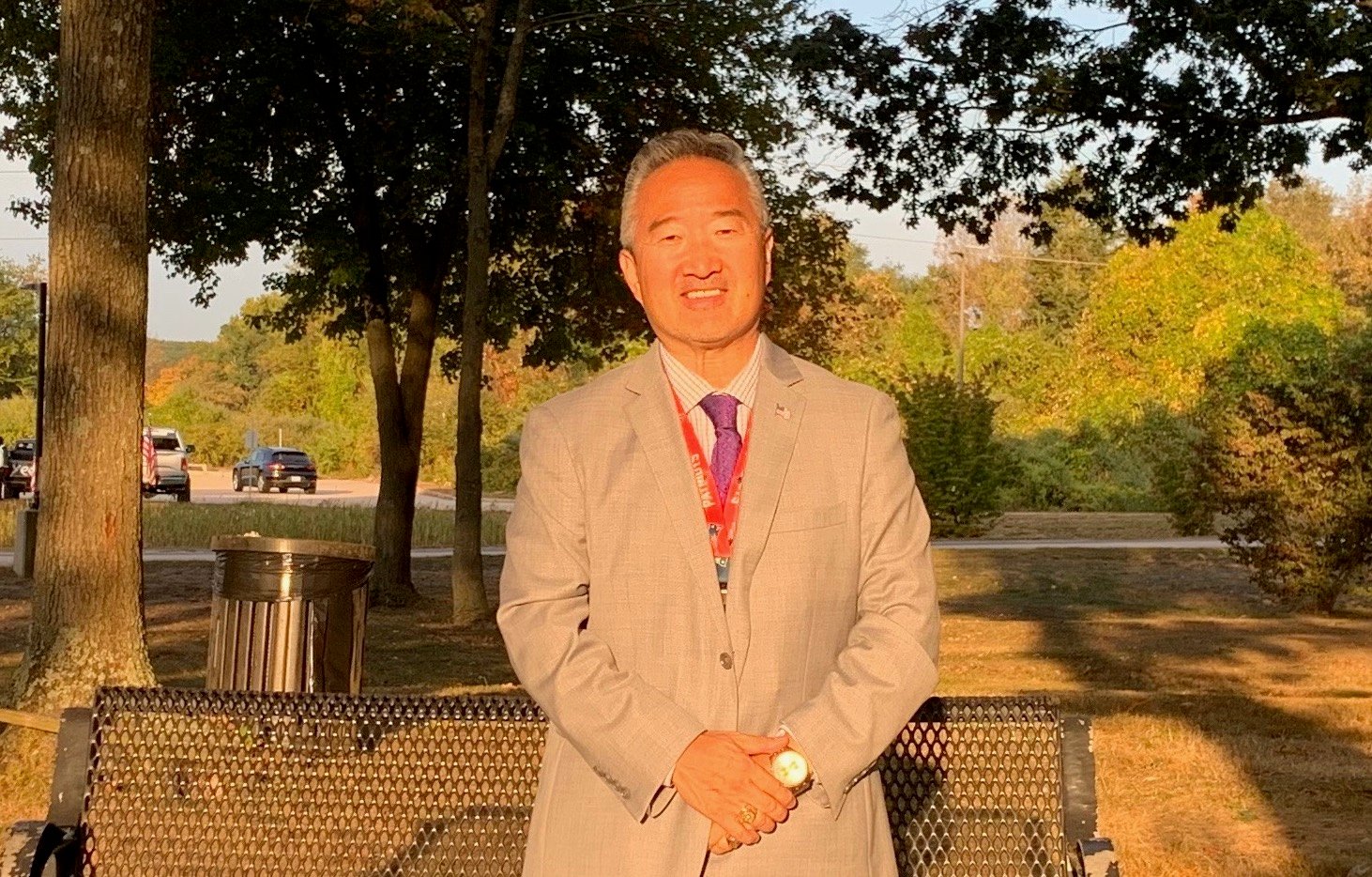 There’s been a lot of change in top school administrators this year that one could almost overlook the arrival of a new assistant principal at East Greenwich High School. After all, EGHS and Cole Middle School both have new principals (Ken Hopkins at EGHS and David Tober at Cole). And the district even had to replace 10-year Athletic Director Chris Cobain (which it has – new AD Casie Rhodes begins next week).

But new EGHS Asst. Principal Jonathan Mendelsohn started in September, just before students returned to school, and together with Principal Hopkins, they are forging a new top team at the high school.

Mendelsohn arrived in East Greenwich with 21 years of experience in education, with experience as a social studies teacher, assistant principal, and principal. Last year, he served as principal at E-Cubed Academy, a high school in Providence. Before working at E-Cubed Academy, he did a two-year term as principal at Central High School, also in Providence. And for the nine years preceding that term, he was the school’s assistant principal.

Ranked as one of the top RI schools in student enrollment, Central High School has just over 1,200 students. And E-Cubed Academy’s student body is a mere 400 students. So EGHS, with close to 800 students, ranks in the middle of the two for Mendelsohn. The transition to EG was much smoother than he anticipated, Mendelsohn said, but after a career spent in Providence, it has been an adjustment.

Although he’s only been in EG for a few weeks, Mendelsohn said the school community has been quite welcoming.

“The community at large,” added Mendelsohn, “has really struck me, as far as the level of community involvement. I’ve really enjoyed getting to know the students. I find the students here are really, really respectful and obviously have very high expectations of themselves.”

Mendelsohn said his main goal this year is “to support Mr. Hopkins and this school community in increasing our student achievement [and] to identify areas where we need to grow.”

In particular, he said, “My role is to represent and promote the values of the school community: hard work, respect, teamwork.”

As EGHS’s assistant principal, Mendelsohn has been making an effort to build relationships with students. “I’ve had the opportunity, ever since I’ve been here, to interact [with] and to introduce myself to some students,” he said.

Around 130 EGHS students are participating in full-time distance learning.

Mendelsohn wants to emphasize that he is “here to support this school community in every way possible” as we go through this unique school year.

“If parents or students have any questions or concerns, I’ll always be available to support them and address whatever issue or issues are at hand,” said Mendelsohn. “If there are any issues that come up, I’ll make myself available to the student body.”