Gomez, a resident of East Greenwich, will lead Division Newport’s Chief Technology Office, driving innovation and development of new technologies through strategic partnerships with academia, industry, international partners and innovation cells. The office uses its influence to speed technology solutions to the fleet; to enhance information flow among the Office of Naval Research (ONR), other Science and Technology (S&T) customers and the warfare centers; and to transfer technologies developed at NUWC Division Newport to industry.

Most recently, Gomez served as chief scientist in the Undersea Warfare Weapons, Vehicles, and Defensive Systems Department, providing technical guidance to Navy leadership on a full spectrum of research efforts funded by both internal and external sponsors. He also served as a technical advisor to the Underwater Weapon Program Office, PMS 404, providing assessments on emerging technology and technology solutions as to the feasibility of their integration into and operation as a torpedo system.

He began his career at Division Newport in the Torpedo Systems Department. He served as the head for the Vehicle Dynamics and Signature Control Branch and as division head for the Applied Engineering Mechanics Division, as well as program manager for ONR AHSUM [adaptable high-speed underwater munitions] Supercavitating Underwater Projectile Program and Defense Advanced Research Projects Agency (DARPA) program manager for the Blue Wolf and Underwater Express.

Gomez, chairman of the East Greenwich Planning Board, received a bachelor’s degree in aerospace engineering from Syracuse University and a master’s degree and doctorate from the University of Rhode Island in mechanical engineering. He has numerous refereed journal articles, conference presentations, publications and patents.

Gomez is married and has two children. 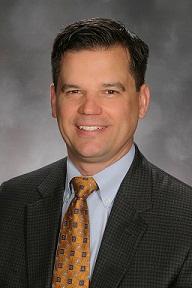 Kenworthy was principal at North Kingstown High School before making the switch to Portsmouth in 2014. Before that, he worked as an administrator in Cumberland and was an educational specialist at RIDE for two years. He began his career in education at a social studies teacher and athletic coach at La Salle Academy and NKHS.

He has a B.A. from Rhode Island College, an M.Ed. in school administration from Providence College and a C.A.G.S. and Ed.D. in educational leadership from Johnson & Wales University. He completed an enlisted term in the United States Marine Corps Reserve while pursuing his undergraduate studies.

Kenworthy is married and has three children.

Do you have news about someone in East Greenwich? Send the information and a photo to [email protected]