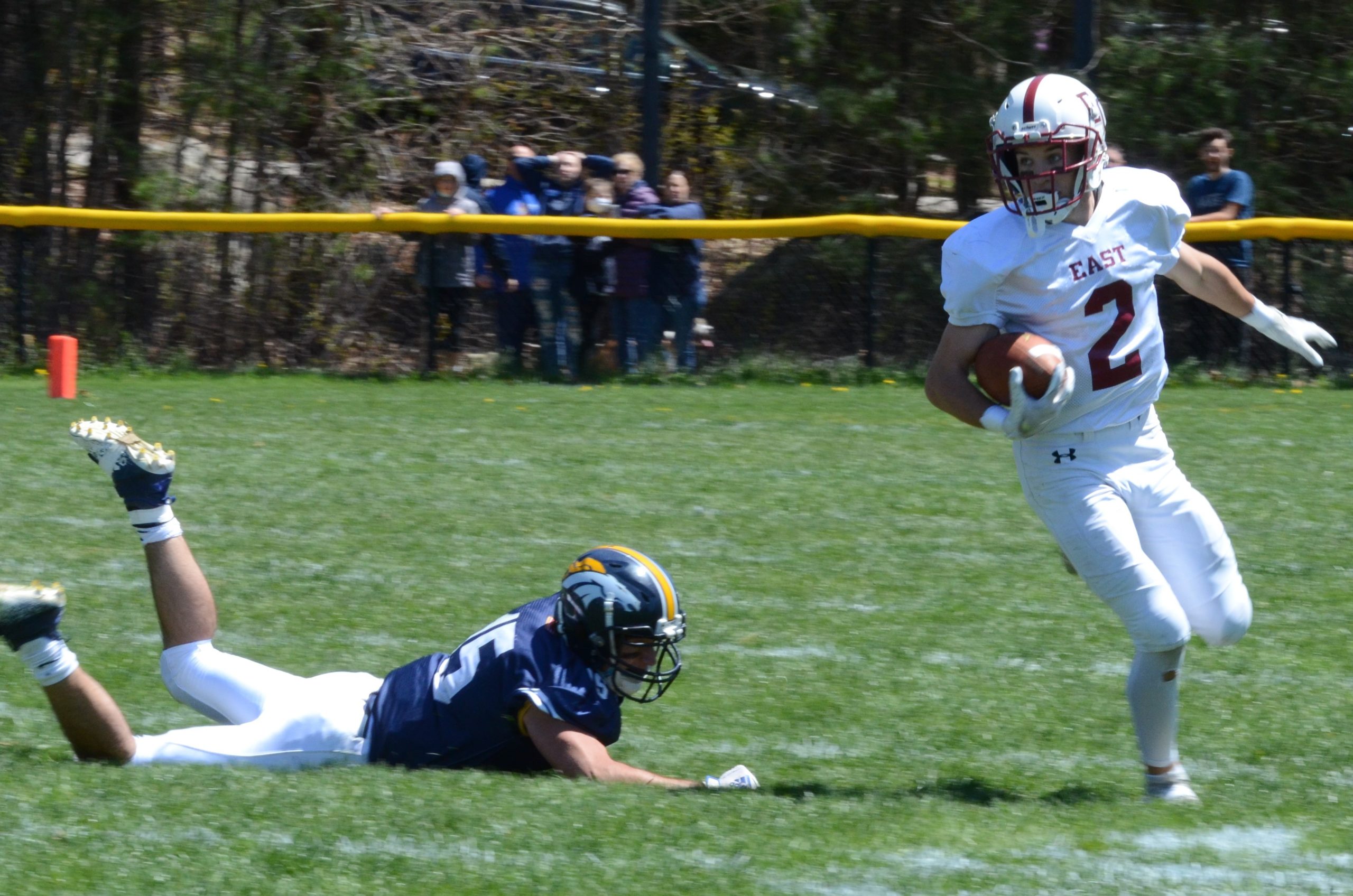 They beat Burrillville 24-13 on Saturday, setting up a matchup against Central.

It was perhaps an unlikely Division 1 semifinal game: two teams from smaller schools in their first year playing in D-1. Burrillville made them work for it, but East Greenwich came out on top, 24-13, heading to the Super Bowl against Providence’s Central High School, the only team that’s beaten EG in this short pandemic-year season.

The Avengers got on the scoreboard early with QB Parke Hardesky’s long-bomb throw to Jack McMullen for a touchdown. McMullen scored a field goal before the end of the first quarter, giving EG a 10-0 lead going into the second quarter. Burrillville QB Wes Cournoyer scored on a short run during the second quarter, leaving EG up at the half.

In the third quarter, Jack Farrelly scored for the Avengers after Hardesky nearly lost the ball but recovered and threw to Farrelly. Burrillville answered with a touchdown but no extra point. The score going into the fourth quarter was 17-13 and this time, it was McMullen who found Aydin Kocak for a touchdown and the win.

Find all the stats from Saturday’s game: EG vs Burrillville D1 Playoff 5-1-21. EG will play Central in the Super Bowl Saturday, May 8, at 1 p.m. at Cranston Stadium. Editor’s note: the time of Saturday’s game has been updated since the post was first published.

QB Parke Hardesky holds onto ball after a sack.