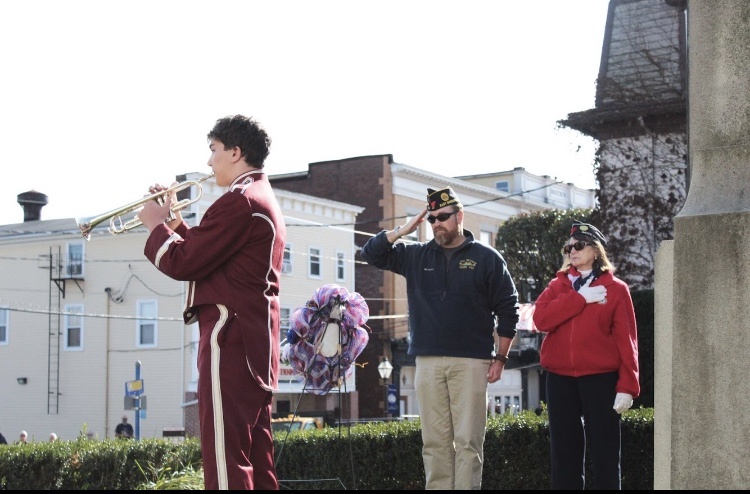 Above: EGHS student Nick Pomeroy plays the taps during the wreath laying as members of American Legion Post 15 salute.

Photos and story by Sophia Aigner

For Roger Forsythe, who served in the military in Iraq different times between 2004 and 2011, Veterans Day means a lot.

It’s a time, he said, when he and his friends “get together as brothers … and remember all the people who served and aren’t with us anymore.”

He was one of the many residents and visitors who turned out EG’s annual Veterans Day parade Monday. In between cold snaps, East Greenwich was awash in autumn sunshine Monday, proudly showing off its American pride and patriotism.

EG resident Serina O’Connell said she came to the parade to celebrate Veterans Day and show her “gratitude to those who serve our country, and that includes my friends, too.”

Beginning at Academy Field, Lone Piper Aaron Lindo led the way, with the East Greenwich Police and Fire Honor Guard close behind, followed by dignitaries and town officials. At the WWII Memorial at Cliff Street and First Avenue, VIce Commander Ray Vernon of the American Legion Post 15 spoke of his gratitude and welcomed the community. Afterward, the ceremonial wreath was laid before the parade continued to Main Street and north to Town Hall.

Town favorites, such as the Kentish Guards, the East Greenwich High School Marching Band, and the Varnum Continentals delighted spectators, earning loud applause and cheers. Debbie Kane, a pipe major for the Rhode Island Highlanders, said this was her 43rd year marching in the parade.

Patrick Donovan, vice president of the Varnum Continentals and curator of the Varnum Armory Museum, presided as the Master of Ceremonies at the parade’s closing ceremonies at Town Hall. During the ceremony, Col. Ron Tammaro, brigade commander of 56th Troop Command of the RI National Guard, gave powerful remarks on the importance of celebrating the sacrifices of all veterans “as a community.” In addition, Amy Parravano, another moving speaker, performed an original poem dedicated to her late veteran father, Olindo L. Izzo. Her words reiterated the American ideals and patriotism Americans aspire to instill in their lives.

A second wreath laying commenced thereafter as EGHS trumpeters Sam Slaiby and Nick Pomeroy played Taps, followed by the Governor’s Own 88th Army Band’s performance of the National Anthem. The parade, organized by Town Clerk Leigh Carney and the town’s Parade Committee, was capped off by Donovan’s closing remarks and the Lone Piper’s patriotic medley. 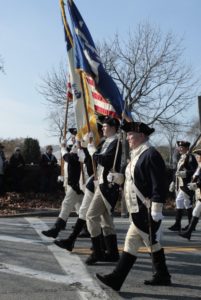 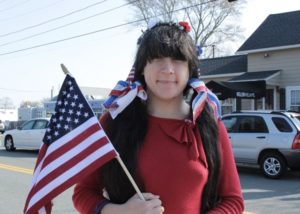 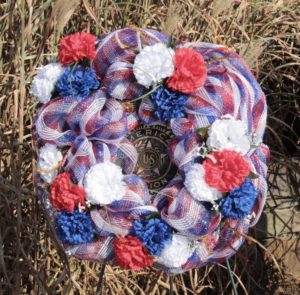 The wreath at the WWII memorial at Cliff Street and First Avenue. 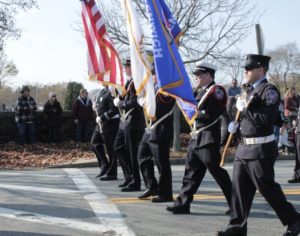 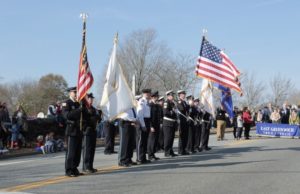 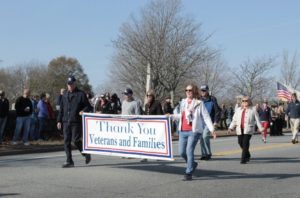 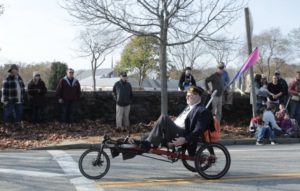 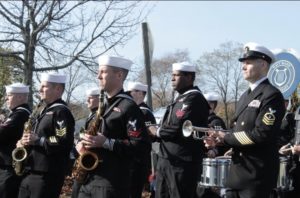 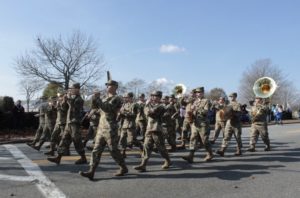 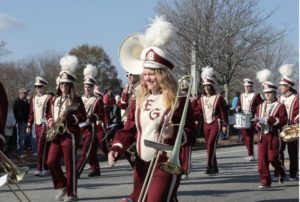 Trombone player Julia Stanger was all smiles as the EGHS marching band passed by. 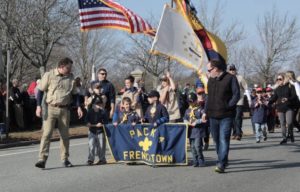 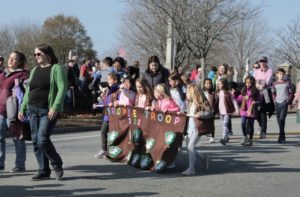 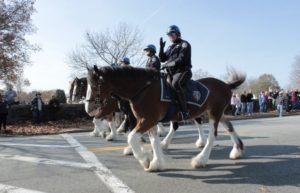 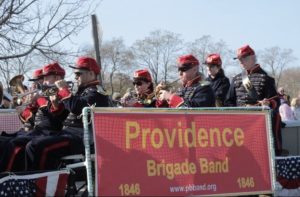 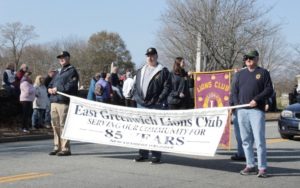 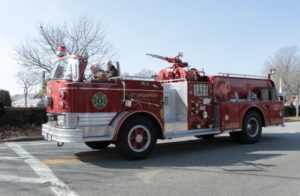 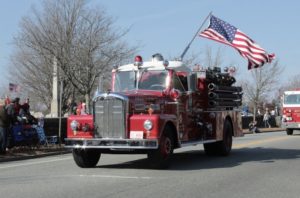 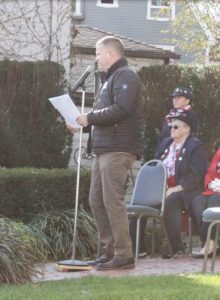 Patrick Donovan of the Varnum Continentals serves as Master of Ceremonies. 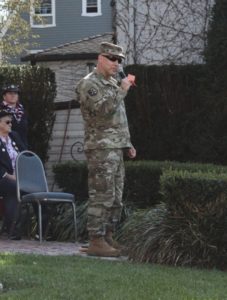 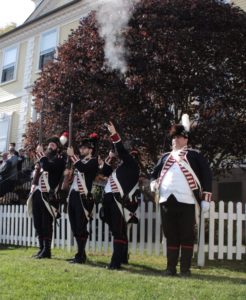 Kentish Guard fires off a volley in salute of veterans. 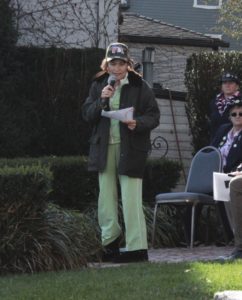 Amy Parravano recites a poem she wrote dedicated to her father.