COVID or No, Toy Drives Go On 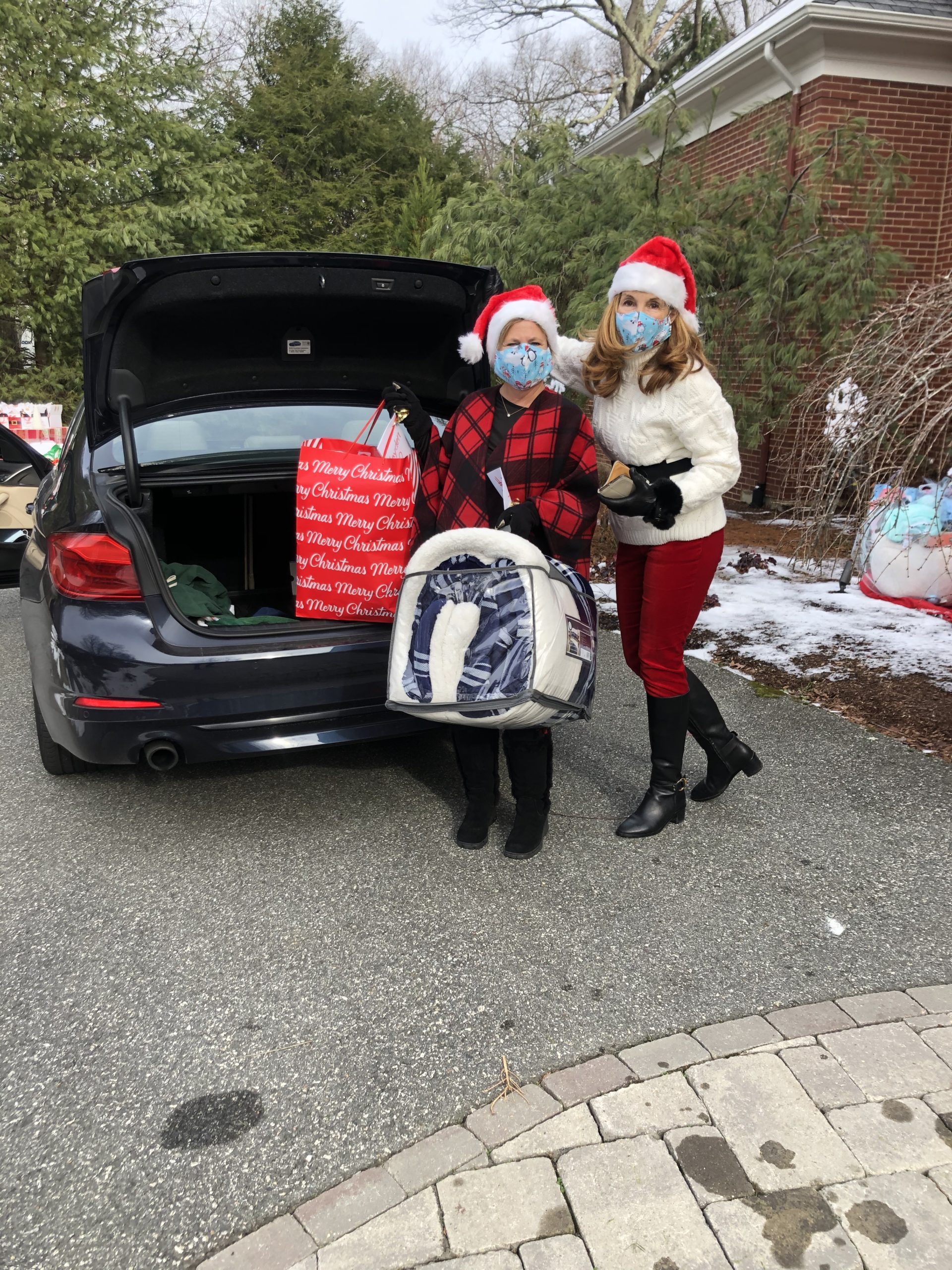 Whether it’s a collection box at Finn’s Harborside or a more elaborate drive-through drop off at someone’s home, people have been eager to donate toys this year. Even as some of us might be hurting financially, there’s a sense children have faced numerous challenges, and not having gifts under the Christmas tree just seems like a challenge too far.

A number of local businesses and organizations donated toys for 52 families who live in subsidized housing through the EG Housing Authority (more than 100 children and teens). Among those who collected toys for EGHA were  Finn’s, the EG Police Department, London Bridge Childcare Center and The Oaks Tavern.

Usually the EGHA has a big brunch for all the families, and Santa makes an appearance. Not this year, but EGHA Director Marcia Sullivan said the families are grateful regardless.

For Cindi Paliotta, buying gifts for children has become a huge yearly endeavor, one she is passionate about.

Paliotta lives in Cowesett and years ago, when one of her sons was in preschool, another mom was collecting baby pajamas and books for families in need. Paliotta liked that idea and ran with it after talking with her friend Cheryl Dacey, a DCYF social worker.

“We went for this big walk and I was telling her how I wanted to do this again,” Paliotta recalled last week. Dacey said she could provide lots of children in need of gifts. “It took off,” Paliotta said. “Last year we collected gifts for 110 kids and we’ve done as many as 120!”

For the first several years, Paliotta would send an email out to an ever-growing list of women who wanted to participate (“if you build it, they will come,” she said), listing children’s first names and what they were asking for. It was a little hard to manage, she said, because sometimes more than one person would “take” the same child as another.

But, these days of course there’s an app for that and her good friend Nan Shea of EG offered to shift the list over to SignUpGenius a few years ago.  To make it fun and festive, Paliotta would host a party where everyone who participated would come with their gifts, drop them off, and have some social time with friends.

Then, the pandemic hit.

Cindi Paliotta places some of the donated gifts under the tree in front of her house.

Paliotta knew a party was a no-go but wanted to have some way to mark the event and say thank you – a drive through, of course. She called it, “Holidays for Children Festive Drive-Thru.” It helped that Paliotta has a circular driveway.

“I was so nervous it wouldn’t work,” she said, but her next door neighbor had great decorating ideas and Shea and Dacey helped too. The first stop in the drive through was a hot chocolate stand manned by Paliotta’s 18-year-old daughter, Alli, who’s come to love the event, Paliotta said. The next stop was where drivers would pass over the gifts to be placed under the tree. The final stop was a cookie table.

“It was the greatest thing for me – I got to see every single person, we talked for at least five minutes,” she said.

Paliotta said she would love to see more small groups – book groups, play groups – take up this cause.

“People are amazing. If you give them the platform, they will shock you,” she said. The most important aspect for her is that donors know the gifts are going to the child or children they bought for. “We go through organizations like DCYF and others that are connected to actual kids. It amazes me how generous people are but also how thrilled people are to help. This just shows that people are very good,” she said.

After a year of divisive politics, it’s been nice to see people working together on a cause, she added. “There’s no political division in giving gifts to children.” 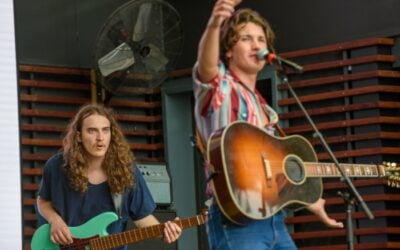 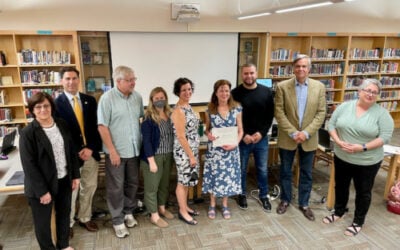 Above: Eldredge library media specialist Peggy Chace with the School Committee. The School...