Erinakes, who guided the transition of his family-owned movie theater to the Greenwich Odeum nonprofit theater it is today, filed suit against the Odeum Corp. last August, seeking a ruling on the validity of the mortgage. The Odeum Corp. filed a countersuit in September, arguing the mortgage was void because too many years had passed since the 15-year limit on the promissory note.

“We’re obviously overjoyed with the decision from Judge Stern,” said Odeum President Kevin Muoio Friday afternoon. “We look forward to the opportunity to keep the Greenwich Odeum a theater for another 90 years. Still, it’s critical for us to say there wouldn’t be a Greenwich Odeum and all of the positive impact that the theater’s made without the Erinakes family.”

Reached Friday evening, Erinakes declined comment, saying he had not yet had a chance to confer with his lawyer.

The Erinakes family owned and operated three movie theaters in East Greenwich for several decades in the 1900s, including the Hilltop drive-in on Post Road (where St. Elizabeth’s Home and The Seasons now sit), and the Kent and Greenwich theaters on Main Street. The Greenwich Theater, at 59 Main St., was the last to close, in 1990. After the closure, Erinakes decided to turn the theater into a nonprofit venue for live events.

The Odeum Corp.’s first attempt at securing federal nonprofit (501 c3) status failed. To satisfy the IRS, Erinakes arranged to sell the building, which was owned by in his mother, Blanch, to the Odeum Corp. After Blanch transferred ownership of the building to the Odeum Corp., the IRS granted it nonprofit status. The mortgage and $500,000 promissory note were assigned at that time but they were never recorded in the corporate documents and no payment schedule was ever established or enforced.

The Odeum theater operated as a nonprofit, with Erinakes in a leadership position, from 1994 to 2007, when it closed, unable to afford costly fire protection upgrades put into law after The Station nightclub fire. In 2009, the Town of East Greenwich threatened to return the building to the tax rolls because it was no longer operating as a nonprofit, galvanizing Erinakes and then-board president Frank Prosnitz to raise money to reopen the theater. After some fundraising and receipt of a $147,000 grant from the Champlin Foundations grant, the Odeum reopened in 2013.

In 2012, however, Erinakes parted ways with the Odeum Corp., when board members stated that the nonprofit – not Erinakes – owned the theater building. Erinakes filed suit last August to resolve the question.

In that complaint, Erinakes said he was looking for the promissory note and mortgage to be recognized as “valid and enforceable.”

“Let’s go see what the judge says,” Erinakes said then. “If I’m going to lose it, I want a judge to say it, not Jeff Gladstone and Frank Prosnitz.”

Gladstone, a lawyer, was on the board in 2012 when, with Prosnitz, he told the Town Council that Erinakes’s mortgage on the theater was no longer valid and that the Odeum owned the theater.

Gladstone, no longer on the board, made the oral argument for the Odeum Corp. in December.

“This was our position all along,” Gladstone said Friday. “We haven’t wavered from our position. We were just trying to come to terms with Mr. Erinakes and he just, unfortunately, wouldn’t accept it. That being said, one thing I don’t want to lose in all of this is how much the Erinakes family has done for the community.”

Gladstone said while the Erinakes suit has been dismissed, the Odeum suit remains pending. In it, the Odeum Corp. argued that Erinakes violated his fiduciary duty as president of the Odeum, since he sought private funds for the nonprofit while also planning to sell the building in 2012, as well as failing to get approval for the mortgage and promissory note from the Odeum Corp. board.

“Our claim will move forward,” said Gladstone, “but we’re hoping to have some conversations with [Erinakes] and resolve this thing amicably. This is a perfect opportunity to resolve all of the remaining claims and move forward together as friends.”

Muoio said with the decision the theater can now move forward with fundraising and grant applications. And he said he was excited about upcoming shows, including Tom Rush Jan. 31 and – just announced – blues legend Taj Mahal April 22. 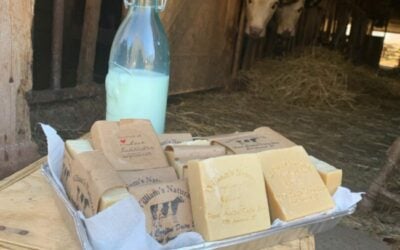 The Buzz on Business: Farmer Fridays There will be a referendum on cannabis stores in EG on the November ballot The Town Council voted...