Cole’s Beauty & the Beast Slays It 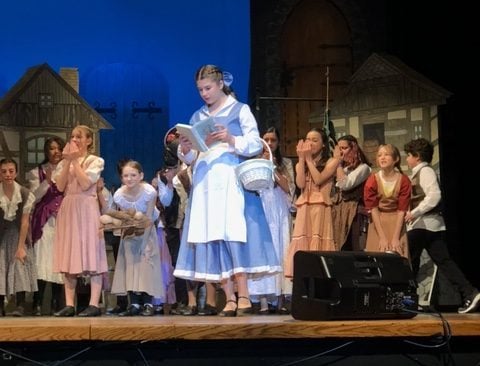 Above: Belle (Mia Costantino) is oblivious to the gossip all around her during the ‘Belle’ song at the beginning of the play. Submitted photo

The Cole Middle School Drama Club was back before a live audience at East Greenwich High School last weekend – a sight to behold after this long pandemic. The production of Beauty and the Beast showcased students’ vocal and acting skills, which were supported by beautiful sets and costumes for an immersive experience.

The enchanted objects of the castle were charming, including Keira Reynolds as Mrs. Potts, Sophia Onorato as Chip, James Mitchell as Cosworth, Morgan Gilliland as Lumiere, and Page Morel as Madame de la Grande Bouche, and Molly Benjamin as Babette.

There were some wonderful all-cast moments – for “Be Our Guest” especially – and a couple of standout scenes, such as the wolves when they circle Maurice, and the “silly girls” who dote on Gaston were very silly indeed.

The production had a cast of 55 and a crew of 20, plus 8 students from the high school who provided stage and tech work.

The costumes were from local youth theater groups and also sewn and glued and assembled by the Cole mothers in charge of costuming. Rumor has it, they spent three months getting the costumes together. It worked – the actors looked the part!

The sets were a collection: some built and painted by Cole parents, some from students and EG High School parents, and some borrowed from other theater group collections of staging for past shows at EG High School. “Everybody in the Rhode Island theater world seems to help each other out and share what they have so everyone saves money and things don’t get reproduced wastefully,” said parent volunteer Catherine Costantino.

More than 950 tickets were sold for the three performances. 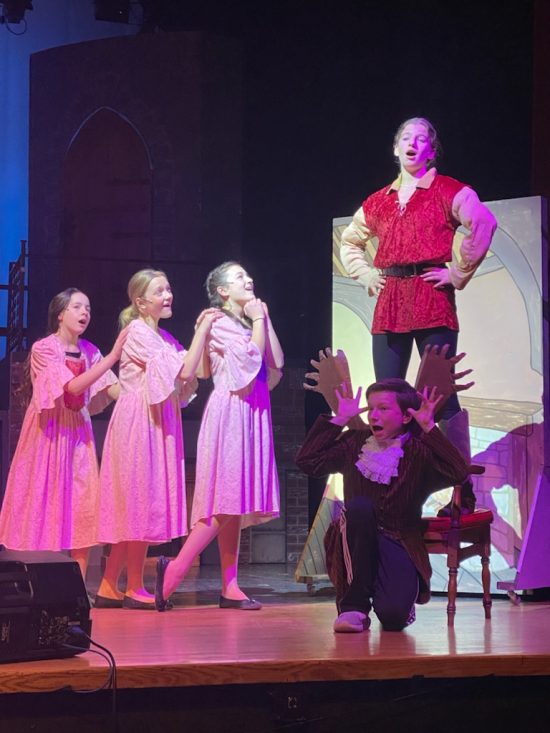 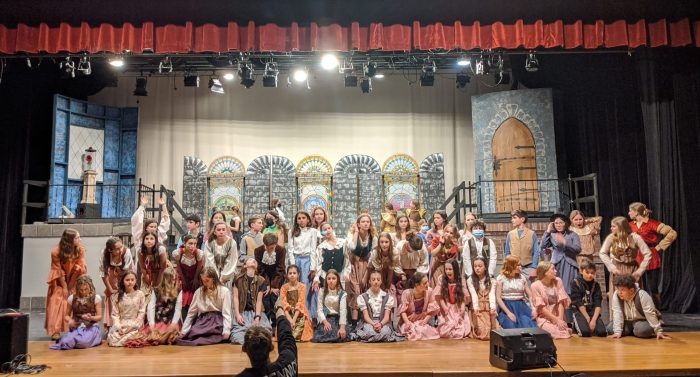 The cast of Cole Middle School’s Beauty and the Beast. 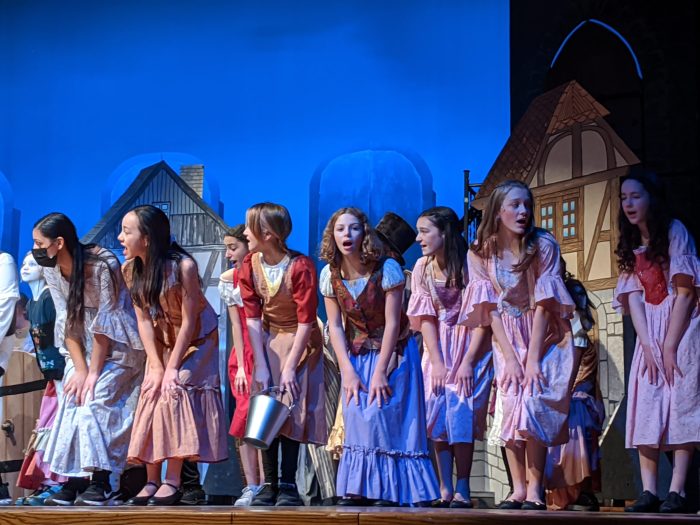 Cast members during a town scene. 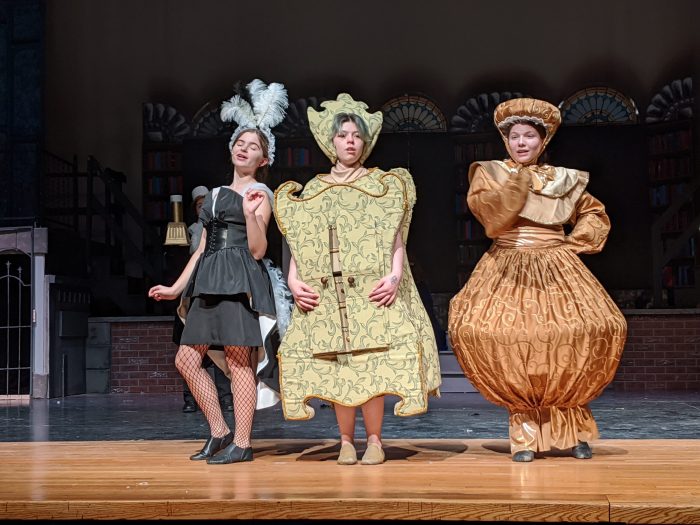 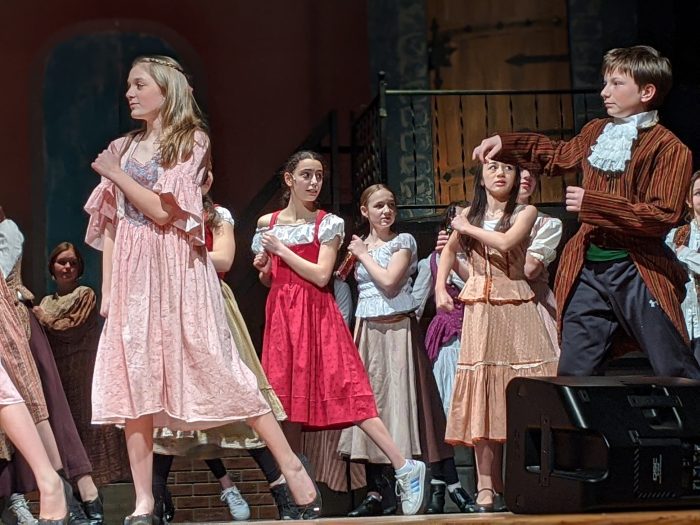 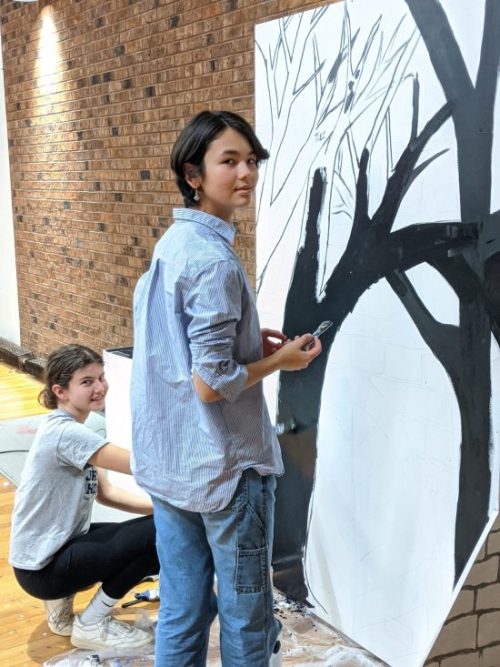 Set painters Delaney Keane and Greta Kobayashi. The village scenes were all designed by artist and parent Rebecca Macri. 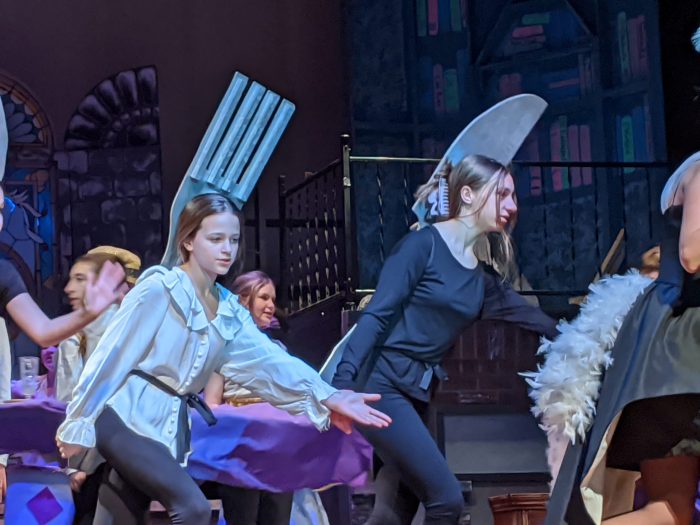 Cast members during ‘Be Our Guest.’ 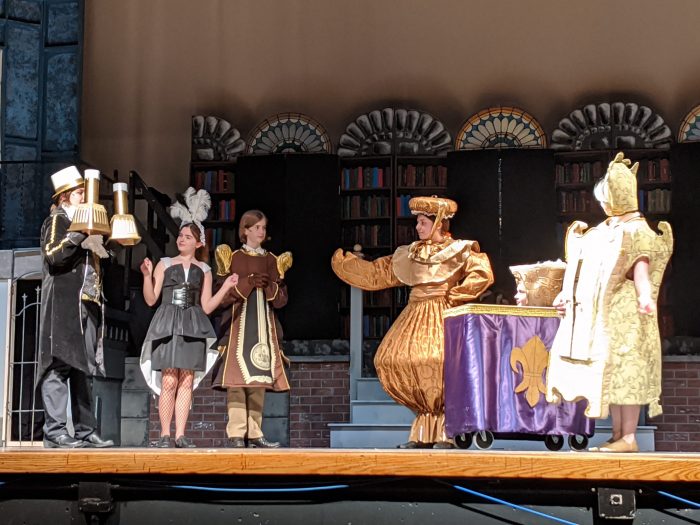 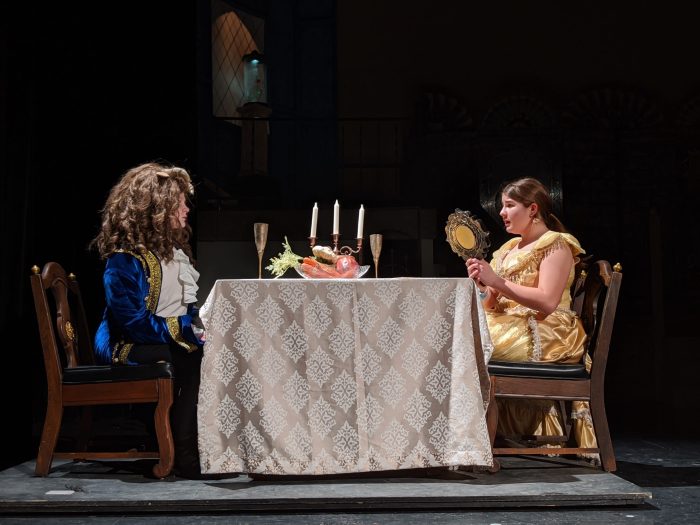