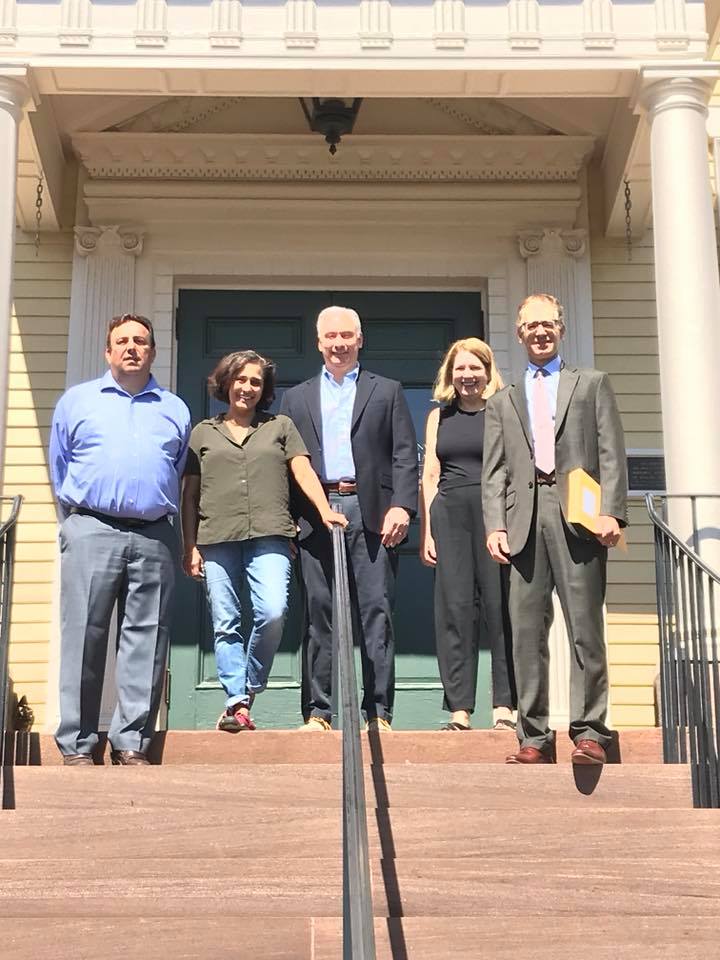 Three of the five members of the Town Council – President Sue Cienki (R) and Councilors Mark Schwager (D) and Andy Deutsch (R) – are running for reelection just two days after a the council held a loudly contentious meeting where they voted to keep the controversial Gayle Corrigan as town manager. Schwager was the only councilor to vote against Corrigan.

The other Democrats running for Town Council are Caryn Corenthal, a teacher who became active in local politics a year and a half ago; Mike Donegan, a lawyer who is chair of the town Planning Board; Renu Englehart, a longtime member of the town Zoning Board; and Mike Zarrella, a lawyer who ran for Town Council in 2016 who is active in local youth sports. All four have spoken critically about the current council majority and Town Manager Corrigan.

The third Republican in the race is Charles Callanan, a former Navy officer who runs his family’s veterinary business. Callanan was a member of the Town Manager Search Advisory Committee that recommended both Gayle Corrigan and Russell Knight.

“As we went through that whole process, my first choice was Russell Knight, without question,” he said. But he said he thought both candidates were well qualified and, if elected, he would base any decisions about Corrigan on her job performance.

Three people are running as independents for Town Council: Sean O’Leary, a lawyer who serves on the board of the EG Track Club; Bill Higgins, a retired EG police officer who works at Hill Funeral Home and has been an outspoken critic of the council majority and Corrigan; and James Rosenman, a healthcare executive.

O’Leary said he said he wanted to listen to the residents before making any decisions about Corrigan’s tenure.

James Rosenman said he thinks there should be a new town manager search conducted by an outside search firm with input from an advisory board and that Corrigan should be allowed to apply. He said he also thought the town manager should be required to live in town (that is a requirement in the Town Charter but one that has been neglected for the past two town managers).

Republican Town Committee Chairman Ed Field said he didn’t have a good answer for why there is a dearth of local GOP candidates this year.

“It’s not for want of trying,” he said Wednesday. He cited time constraints or a lack of interest as a couple of the reasons he was given by people the committee approached. He was reluctant to connect it with the current political climate in town and recent council actions.

“I don’t know,” he said, “A lot of people approve of what’s going on, a lot of people disapprove.” He added, “Sometimes when you’re making sausage you have to get your hands dirty.”

When asked whether or not the current approach to town governance was right way to make the “sausage,” Field said, “Time will tell.”