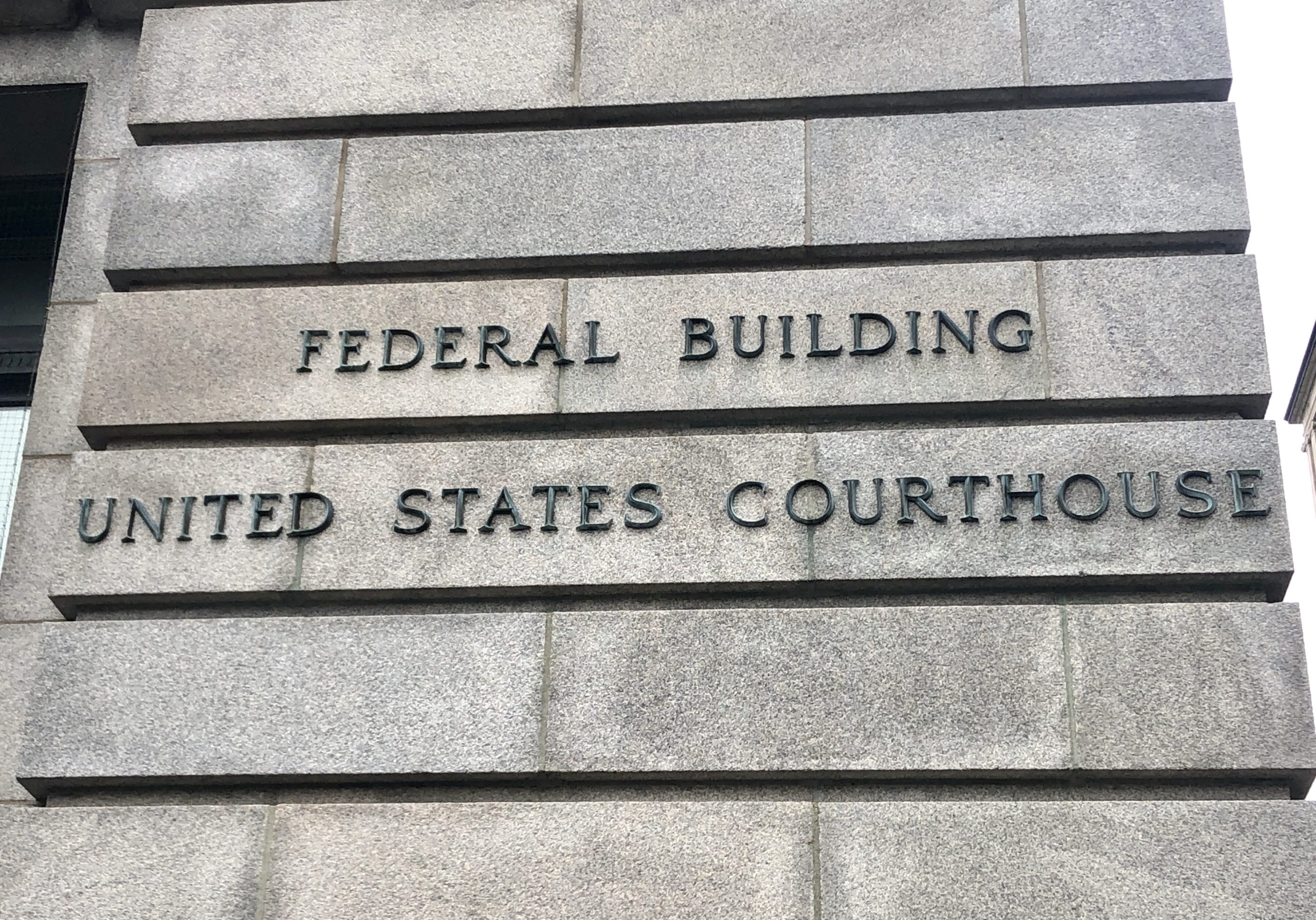 Brady pleaded guilty in July to fraudulently attracting investors, many of them close friends and family members, for large-scale rehab projects on foreclosed properties throughout New England. At the time of her arrest in April, she lived on Lenihan Lane in East Greenwich with her now ex-husband, Tom Brady, and their four teenage children.

Tom Brady and three of their four children were in the courtroom Tuesday.

“The nature and circumstances of Ms. Brady’s deception are beyond this court’s comprehension,” McConnell said before announcing the sentence.

He went on to highlight that most of Brady’s 23 victims were close friends and family members; that when investigators started to close in, she initially tried to cover up the deception by asking the victims to destroy paperwork; that she then sought to have the victims blamed by going to state Attorney General’s office; and finally, when she knew arrest was imminent, buying a one-way ticket to Vietnam.

McConnell also spoke of Brady’s frequent meetings with her boyfriend (a lawyer) under the guise of legal visits at the Adult Correctional Institutions, where she’s been housed since her arrest, and her using phone time from nine other inmates to make extra phone calls.

Each of the victims spoke of how the financial loss was significant, but the sense of personal betrayal was also great. They blamed themselves for allowing Brady to convince them of her friendship and trustworthiness.

“I was embarrassed I could have let this woman into my life,” Susan Marinosci of East Greenwich told the court.

“I am embarrassed and humiliated that I let my family be manipulated. She took our trust and love and used it for her personal gain,” said Kim Savastano, weeping, Savastano said when federal agents first approached her about Brady’s deceptions, she said, “‘Not my friend Monique! She would never do such a thing!’ Well, who’s the fool but me.”

“‘Not my friend Monique! She would never do such a thing!’ Well, who’s the fool but me.” – Kim Savastano

Savastano said she and Monique had been best friends, that her children called Brady “Auntie Mo,” while the Brady children referred to Savastano as “Auntie Kim.”

Linda Richard spoke of how she invested not only $25,000 of her and her husband’s money, but also $230,000 of her parents’ money, money she was hoping to use for their care. Richard cares for her husband, a quadriplegic, and her parents, both in their 90s, who live with her as well.

“I trusted Monique, not only with my savings and my parents’ … but with my friendship,” she said. “Monique was fully aware of my role as a caregiver. She exploited it…. Then tried to run away.” 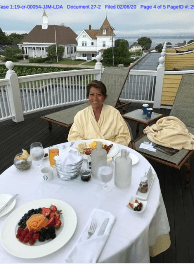 Judy Jacquard, who met Monique through her daughter when the girls were 13, wept throughout her statement. “Monique was like a daughter,” she said. “All the money is gone. That isn’t the worst for me… . The person I loved and supported stole everything from me.”

Robert Roth told of how he met Brady while they both had loved ones in the intensive care unit at Rhode Island Hospital in 2011 and that Brady had been very caring and supportive during that time in the hospital. Afterwards, Roth became close with the whole family. “I was proud to say we were friends,” he said.

He started investing money in her business in 2015, eventually investing $250,000. “I still feel embarrassed to be involved in a scam. Monique is a predator.”

The prosecution, led by Asst. U.S. Attorney Lee Vilker, had sought 10 years, the maximum.  Brady had asked for 3 years.

In his argument Tuesday, Vilker said Brady acted out of “simple greed,” not from a gambling addiction or because of her recently diagnosed bipolar disorder.

“Gambling is not the problem in this case,” he said, “the defendant is the problem.”

“We can all agree this is an incredibly heartrending case,” said Brady’s lawyer, Joanne Daley, of the federal public defender’s office. She argued that Brady’s gambling addiction and bipolar diagnosis were not excuses but rather they helped to explain Brady’s actions.

Brady was allowed to read her statement from her seat facing the judge.

“Up until the day of my arrest, I was on a constant treadmill of selfishness,” she began, in tears. “I’m ashamed.”

Brady said she wanted to make restitution to her victims and acknowledged their anger was “completely justified.”

She spoke of how she ruined what should have been a “wonderful senior year for my twins,” referring to her daughters, who graduated from East Greenwich High School last June. And she lamented what her actions have meant for her son, TJ, who has autism. He was not in court.

“No one deserved to be hurt by me, especially TJ,” she said, also speaking with regret that one of the twins has become one of TJ’s primary caregivers, attending CCRI instead of going away to college.

“I was tethered to an image of success. I am really sorry,” she said. “I’m not going to allow this experience to define who I am.”

Judge McConnell, in his comments, said he was especially struck by the victims’ expressions of embarrassment and shame. Looking at them, he said, “You have nothing to be embarrassed about. You showed me today you have great humanity.”

Brady was led out of the courtroom after the sentencing in leg shackles, her hands cuffed behind her. She did not look back at anyone in the courtroom as she left.

Outside the courthouse, Susan Marinosci said Brady’s betrayal was “overwhelming.” She was grateful for McConnell’s words of praise for the victims. “The judge understood what we felt.”

“It was very difficult to come here today,” said Kim Savastano. “It definitely is some closure for us.”