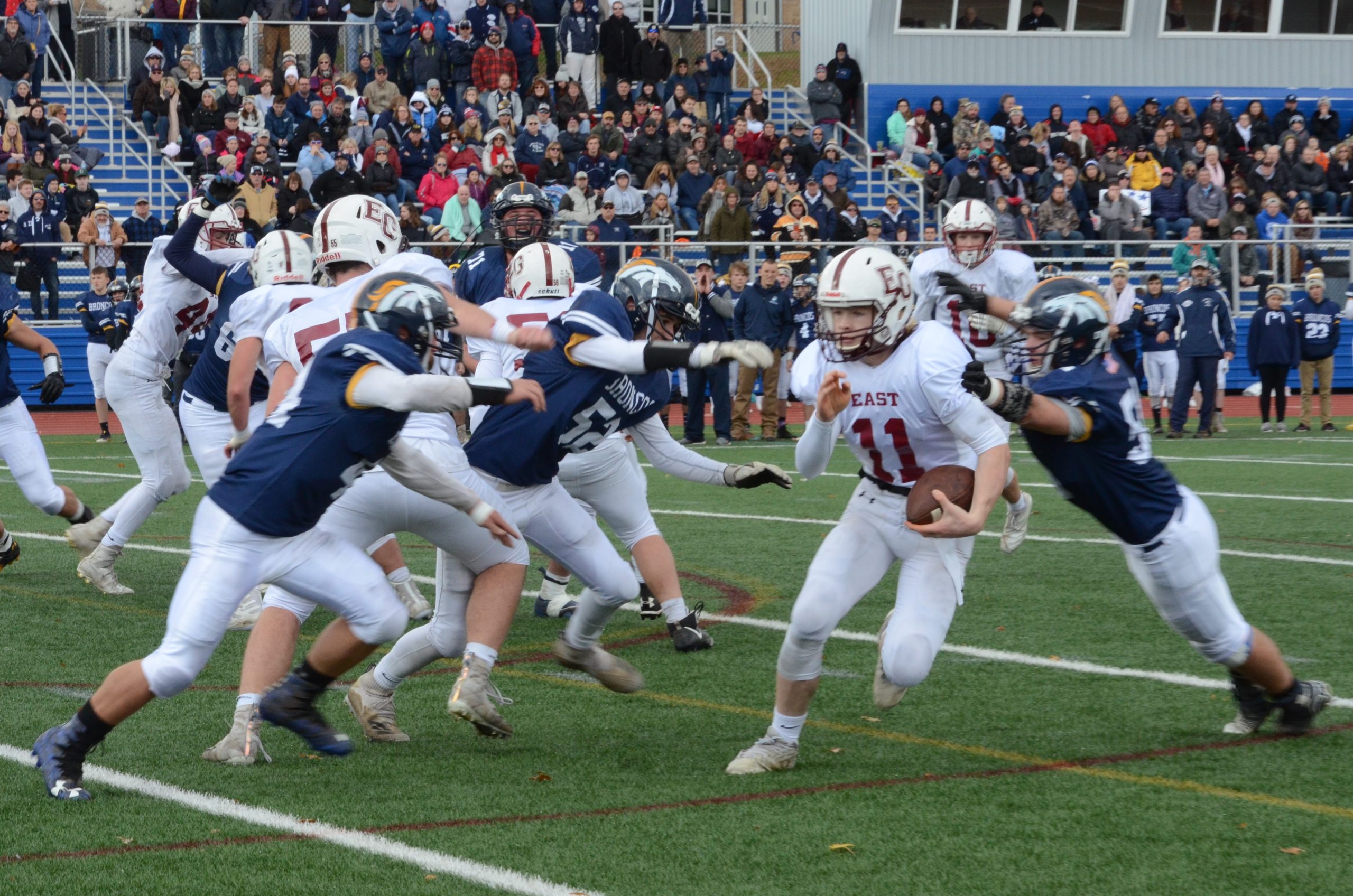 Above: Conrad Swanson (11) on quarterback keeper.

In an exciting game that came down to the final minutes, the EGHS Avengers vanquished the Burrillville Broncos 31-28 Saturday, landing a place in the Division II Superbowl.

East Greenwich trailed in the first half, with Burrillville ahead 21-14 at the half. EG started the second half with a field goal, then pulled ahead with a touchdown early in the fourth quarter. A couple minutes later, Burrillville answered with a touchdown, going ahead 28-24. With three minutes left in the game, the Avengers scored again. The Broncos weren’t finished, however. They got as close as EG’s 11 yard line before being stopped.

The Avengers will meet Woonsocket, which beat Westerly 22-21 Saturday, in the final. The game is set for noon on Sunday, Nov. 18, at Cranston Stadium.

Successful reception by Jack Fox (7) under pressure from Conrad Driscoll (41).

Fans in the stands.