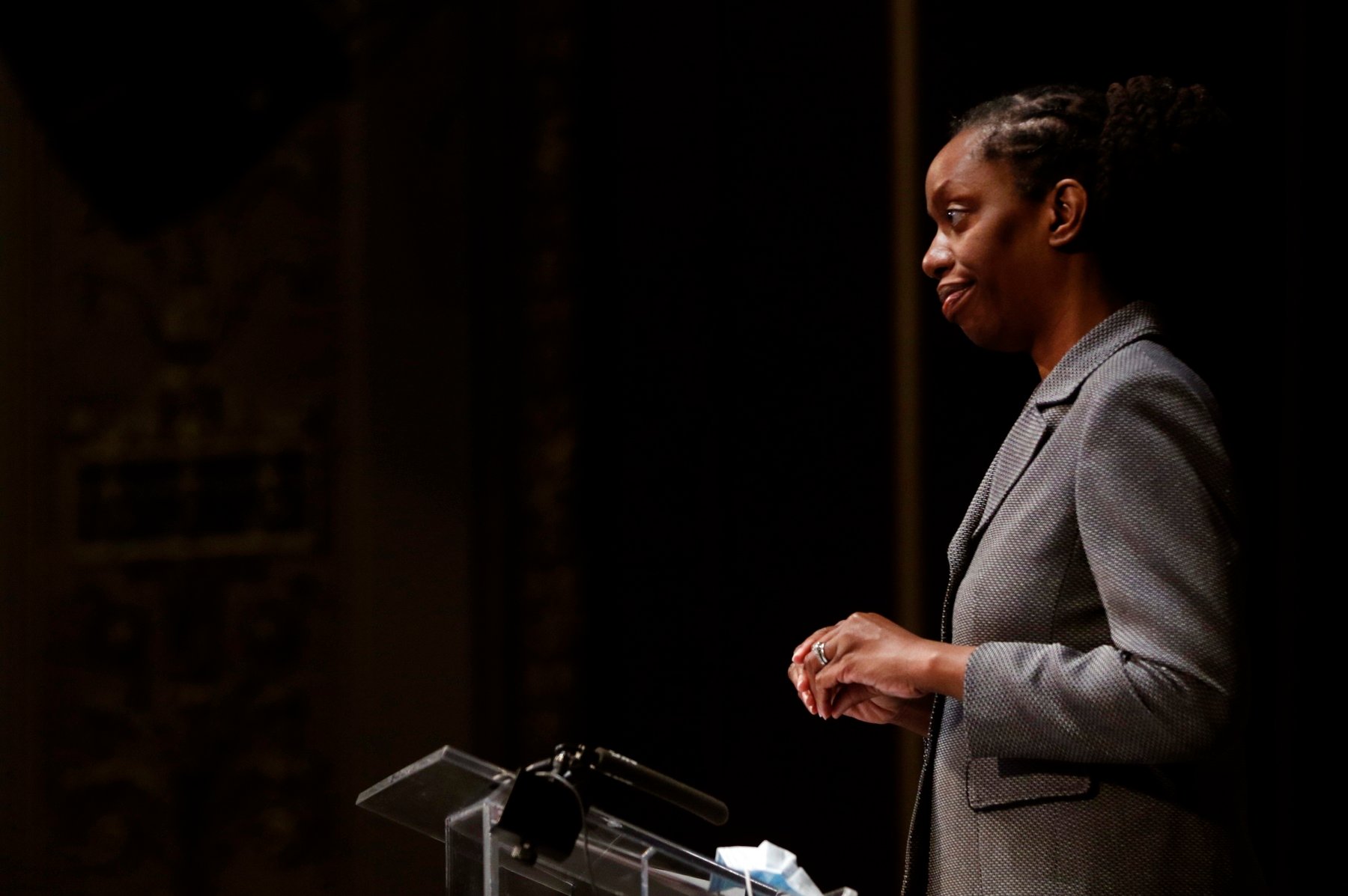 More than 31,000 vaccines had been administered as of Friday morning

R.I. Department of Health Director Nicole Alexander-Scott said Friday she had been in touch with Lt. Gov. Dan McKee about his probable ascension to governor and said the state’s COVID-19 response would not skip a beat.

This was in regard to the announcement Thursday that President-Elect Joe Biden picked Gov. Gina Raimondo to head the federal Commerce Dept. In fact, Raimondo was not at the weekly briefing as usual because she traveled to Wilmington, Del., to appear with Biden during a formal announcement of that decision early Friday afternoon.

Alexander-Scott acknowledged Raimondo’s pending appointment but declined to take questions about it at the weekly COVID-19 briefing held virtually Friday.

Case numbers have been creeping back up in recent days, but the percent positive rate dropped yesterday, to 6 percent. Six people died yesterday from the virus; Alexander-Scott said it was easy to forget the human side of the virus, noting 272 Rhode Islanders had died of the virus since Gov. Raimondo’s last COVID-19 press briefing Dec. 18.

“This is a marked improvement from where we were a week ago and one we need to continue,” said Alexander-Scott.

That positive trend could vanish if Rhode Islanders aren’t vigilant, she said, especially when a more contagious strain of the virus shows up in the state. Alexander-Scott said the state was monitoring for the new strain and acknowledged it was bound to appear at some point. The same methods keeping people safe now will work against the new strain, she said, i.e. mask wearing, social distancing and hand washing.

Meanwhile, on the vaccine front, two weeks into vaccinations, the state has administered 31,500 doses so far with 1,800 people having gotten two doses of the vaccine, making them fully inoculated against the virus. The focus so far has been on medical personnel and first responders, as well as communities that have suffered the hardest – Central Falls to start. Officials Friday did not lay out exact timetables for when the next groups would be getting the vaccine, but on that list are people 75 and older and those with preexisting conditions.

Alexander-Scott encouraged anyone who tests positive who is 65 or older or has a preexisting condition to contact their primary care provider to get the monoclonal antibody infusion now being offered in the state. The treatment is meant for those newly diagnosed who might otherwise end up in the hospital. One IV dose and patients have been feeling better, she said. If you do not have a primary care doc, Alexander-Scott said to contact Brown Emergency Care Telecare.

The DOH director also noted that six children had been treated at local hospitals in late December for MIS-C (multisystem inflammatory syndrome in children), a marked increase for the state, which had only registered one other case before this. The age range was between 4 and 12 years old and the patients came from different areas in the state. Alexander-Scott said they had sent the case information to the CDC; the good news is all six children were back home and doing well.

In East Greenwich, after two weeks of lower positive cases, the town was seeing higher numbers again the week of Dec. 27 through Jan. 2. EG had 89 confirmed cases that week, up from 42 the previous week and 73 the week before that. 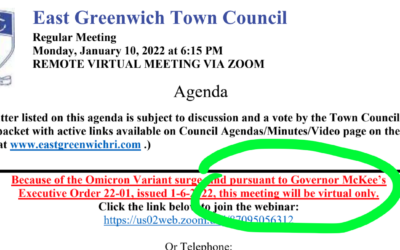