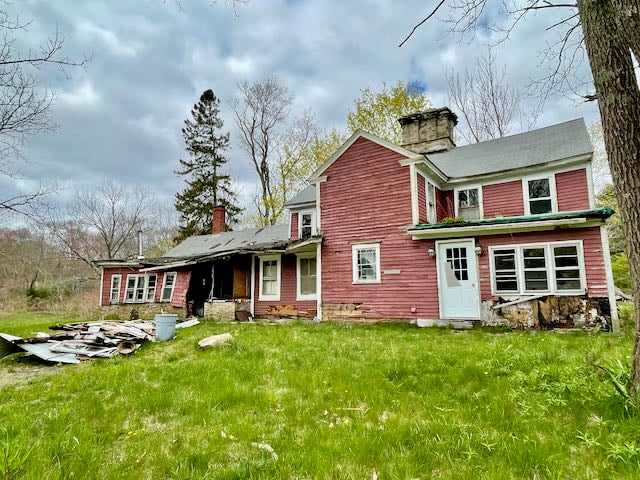 Above: The McKenna farmhouse, built by Joshua Coggeshall 300 years ago, at 62 South Pierce Road.

Five years after local developer Tom Primeau first proposed building residential units at 62 South Pierce Road, the 5.4 acre site known as the McKenna property, the Historic District Commission gave its permission in April for the old farmhouse to be torn down due to what they said was the structure’s extreme dereliction.

The house was built in the early 1700s by Joshua Coggeshall, making it one of the oldest houses in East Greenwich, according to Martha McPartland, author of “The History of East Greenwich, Rhode Island 1677-1960.” The house had also been variously known as the Wall House and the Aaron Pierce House.

The most distinctive aspect of the exterior of the house is the large pilastered fieldstone chimney that served seven fireplaces.

There had been additions and changes to the house over the years. As noted in the Planning Department’s staff report (find it HERE), McPartland – writing in 1960 – said the house had been a fine example of early 18th century architecture at one time but “the years have not been kind to it, so the fine lines are all but obliterated.”

In recent decades, the house became increasingly rundown. In Primeau’s original application in 2017, he proposed building 21 units on the property, and rehabbing the farmhouse. Subsequent plans called for 18 units, then 13, and restoration of the exterior of the farmhouse, including the chimney, with a complete gutting and rebuild of the interior.

But the project stalled after the Planning Board denied the developer’s 13-unit plan. Primeau brought it to the State Housing Appeals Board where he won but had to return to the Planning Board. Eventually, Primeau and the town agreed that he could build 8 units on the site.

According to the staff report before the April 13 HDC meeting, “The applicant has had time to further evaluate the integrity of the farmhouse. Findings indicate all of the foundation, walls, floor and roof systems require replacement. The applicant believes that given the extreme poor and unsafe conditions of the structure and the scope of damage it is both technically and financially infeasible to do this selectively. The request is to completely demolish the structure and reconstruct with new materials from ground up all of the foundation, wall, floor and roof systems.”

Members of the HDC toured the house in February and they found the structure hazardous and in extremely poor condition.

The staff report from the visit reads, “Although staff was originally extremely committed to saving and preserving the Coggeshall Farmhouse, one does not need to be a structural engineer to see how far deteriorated and substantially damaged the building is; the project as proposed and approved will essentially be a 100 percent replacement.”

Primeau’s plan for the site remains unaltered, with eight residential units proposed, including two that would be in the structure that will be built to replicate the original farmhouse, using all wood and designing the structure to mimic what it was like before additions were added.

For neighborhood resident Mallory Walsh – one of those in the neighborhood who fought hard to reduce the number and size of the units, and advocated to restore  the farmhouse –  the decision to raze the farmhouse is an individual tragedy but also a call for the town to work harder to preserve historic structures.

“It’s really heartbreaking that that house is going to be torn down,” she said, noting that four years ago an expert in historic restoration had said the house could be salvaged. But as the years passed and nothing was done, the house fell farther into disrepair. “I do feel strongly there needs to be a way to address this” – letting historic buildings degrade to the point there is no alternative but to tear them down. “Of course, that is a larger town issue.” 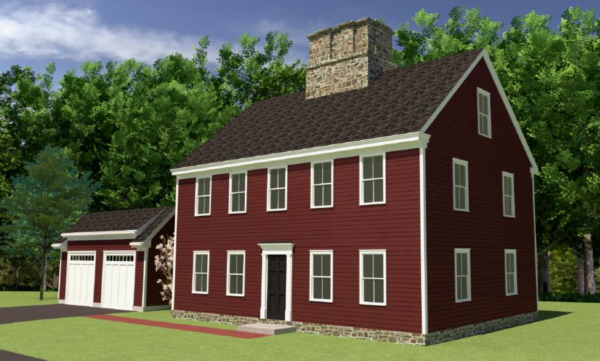 The design for the structure to replace the farmhouse looks to replicate the original lines of the building, before later additions. 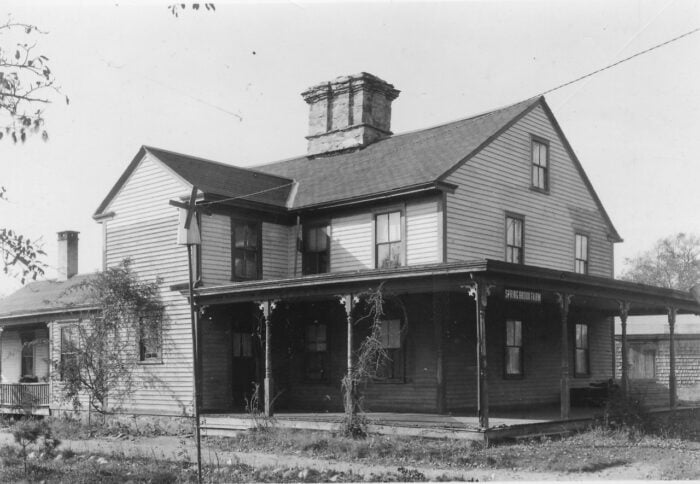 The McKenna farmhouse with porch, known in this photo as Spring Brook Farm. The date pf the photo is uncertain but from the 1970s or earlier. Photo courtesy of Alan Clarke 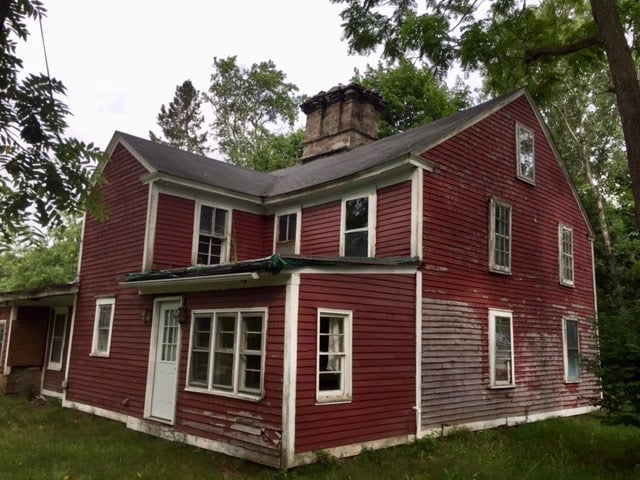 The McKenna (Coggeshall) farmhouse in 2019. 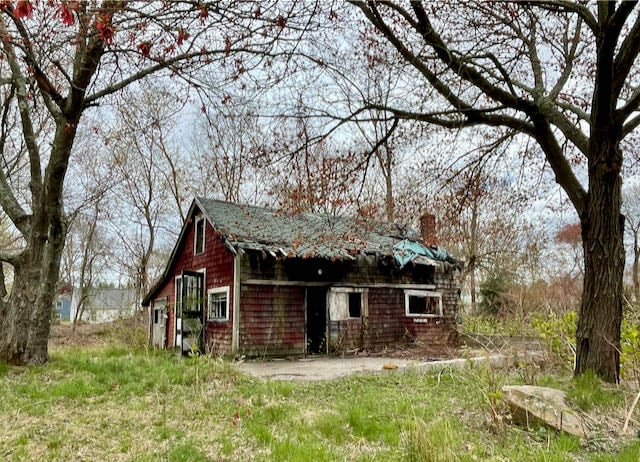 An outbuilding at 62 South Pierce Road. 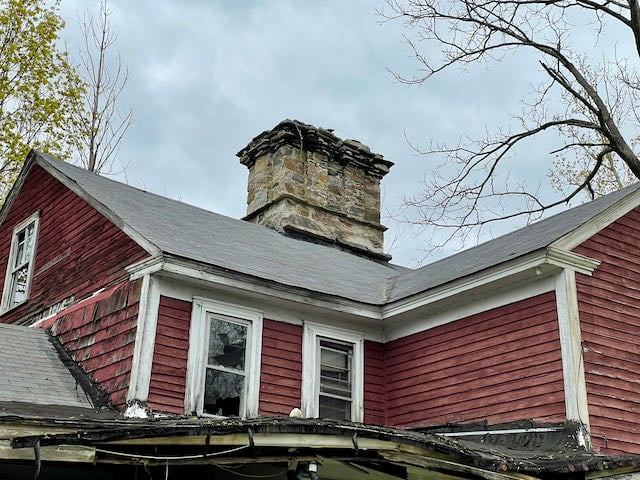 The notable chimney will be recreated. 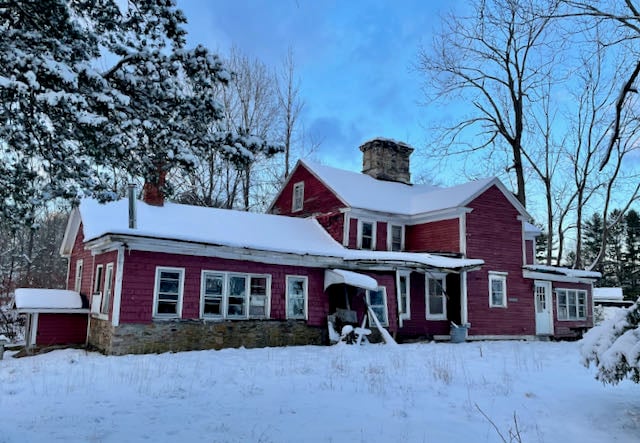 The McKenna farmhouse in January. 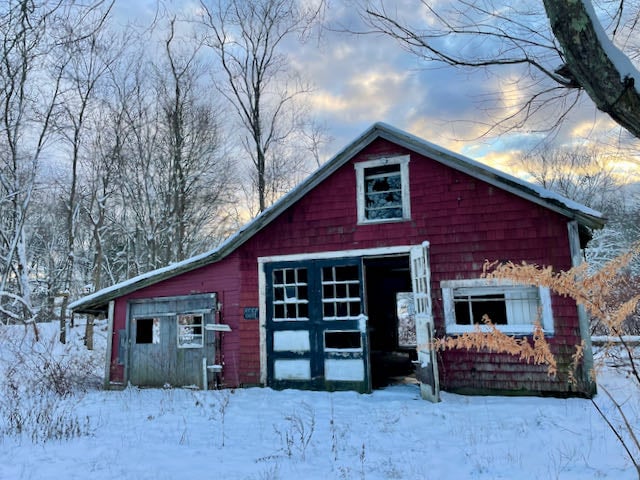 The garage at 62 South Pierce Road. 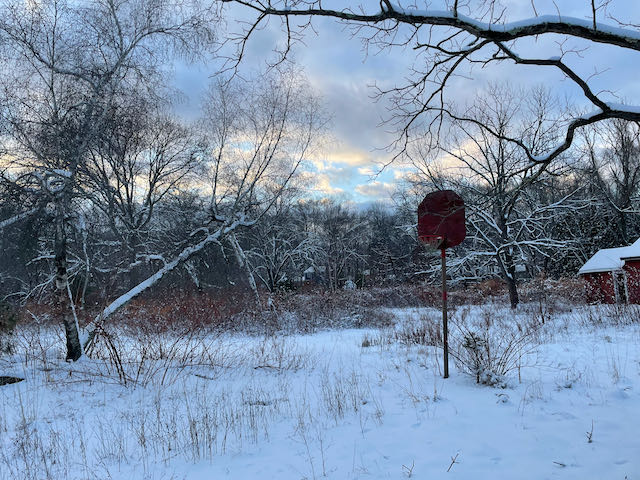 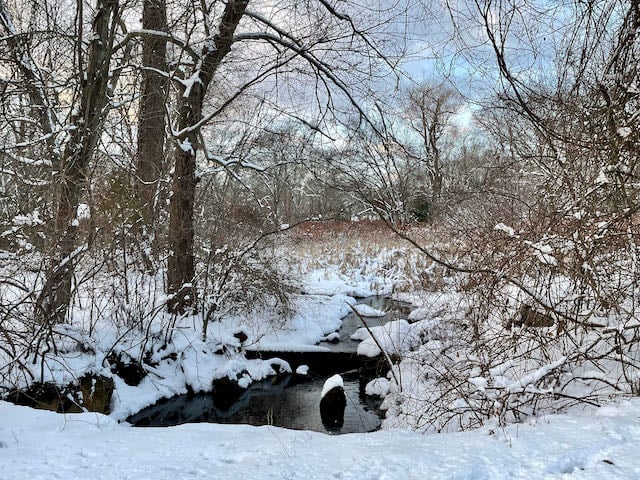 The stream that runs through the 5.4 acre property.