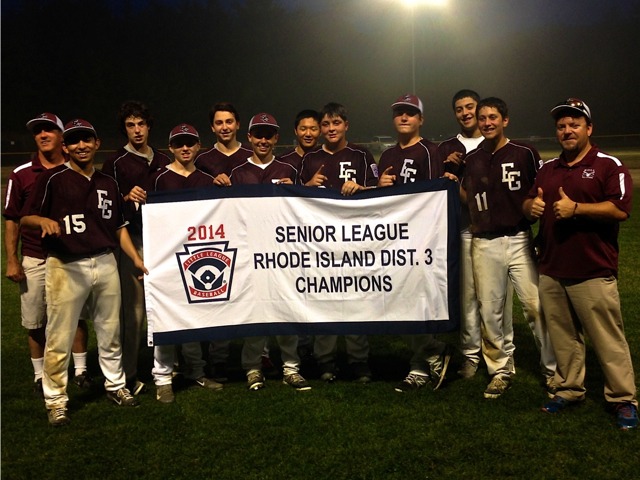 In a big night for East Greenwich Little League, two teams won district championships and are heading to States this weekend.

The 9/10 year old baseball team posted a decisive 13-4 win over Warwick West Side to capture the District 3 Championship Monday night at Warwick. They move to the state tournament starting Saturday in Woonsocket.

EGLL’s Senior baseball team also earned the District 3 championship, with a 4-3 win over Exeter/West Greenwich Monday night. They move on to States this Saturday at McGinn Park in North Kingstown. The Seniors are 15 and 16 year olds who won the district championship as 13 and 14 year olds, according to EGLL’s Anthony Giarrusso.

Congratulations and good luck to both teams!

Above: Catherine (Cat) Neville smashes one for the first goal of the game. Photos by Chuck Nadeau...