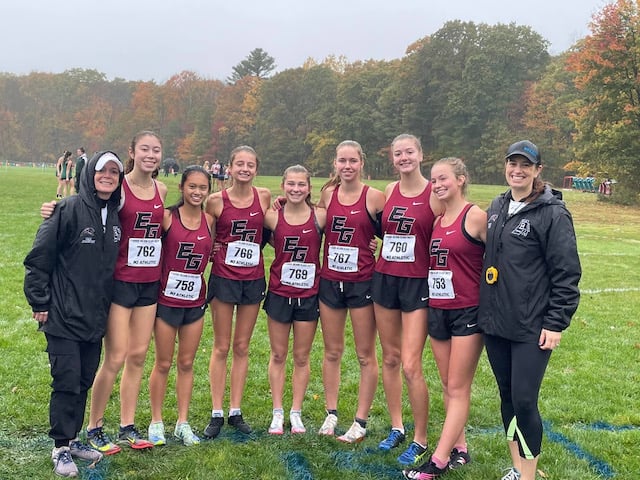 Saturday may have been a soggy mess but that didn’t step the EG Girls XC team from running the races they needed to and capturing the Class B state championship at Ponagansett.

“Our varsity girls were pretty dominant,” said Coach Erin Terry. The team finished with 20 points – for reference, the lowest (i.e. best) score possible would be 15.

The state meet takes place Saturday, Nov. 6, also at Ponagansett. At the Class B meet, Fahys ran a 17:54, placing first. Avengers Rylee Shunney and Ava Peters placed second and third respectively, with times of 19:08 and 20:12. All seven varsity runners placed in the top 11, hence the winning score.

“In terms of strategy, these girls did an amazing job – we set a plan and they executed it,” Terry said.

The state meet only takes the top 15 to 18 teams (out of 49 schools). Both the Girls and Boys teams qualified, although the Boys – who placed fourth overall – did not have the times they’d hoped for.

“They didn’t have their best day as a team collectively,” said Coach Frank Notarrianni. By qualifying for states, however, “now they have the chance to take what they learned Saturday and use that at states.”

“They race really well and competed really well,” said Coach Terry. “It was so exciting – I’m really happy for them!” 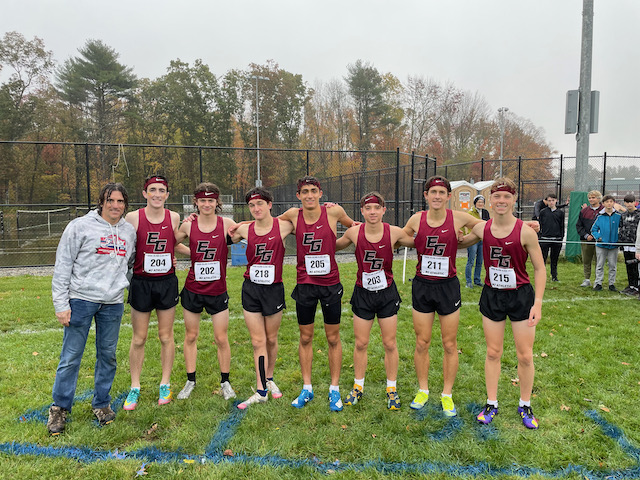