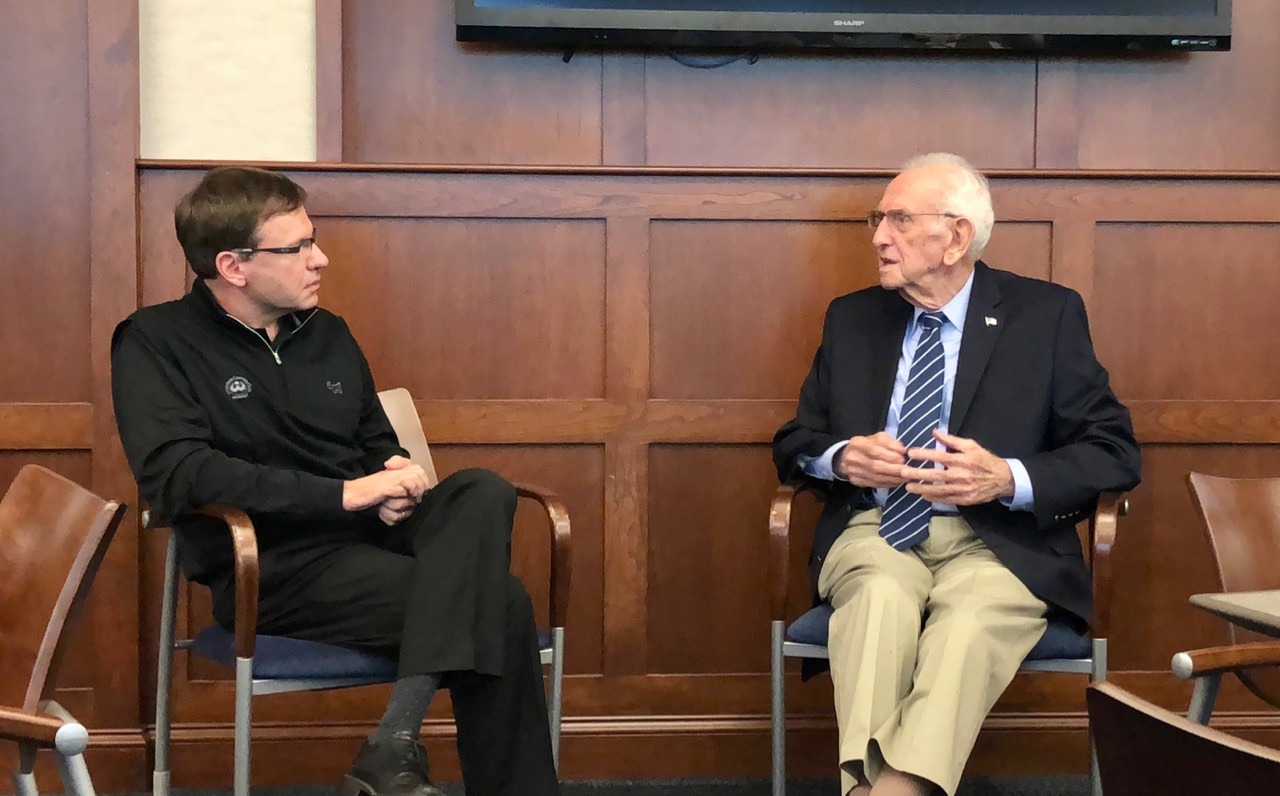 Above: Documentarian Tim Gray talks with Battle of the Bulge veteran Joe Joel.

The Rotary Club of East Greenwich had a special speaker at its regular Wednesday meeting: Joseph Joel, a veteran of the 30th Infantry Division during the Battle of the Bulge in Europe from late 1944 into 1945. 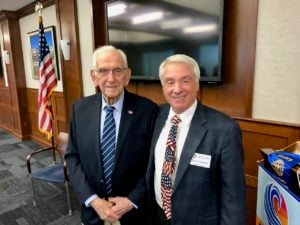 Joel, in his 90s, spoke with Tim Gray, a former TV newsman who has since become a documentary filmmaker and is the founder of the WWII Foundation, which works to both chronicle WWII stories and share them with the public.

Joel, of Cranston, ended up speaking at the EG Rotary because he and Steve Lombardi, Rotarian and head of the EG Chamber of Commerce, used to work together.

Here’s video of some of Joel’s remarks: