Voting During COVID-19: How It Will Work 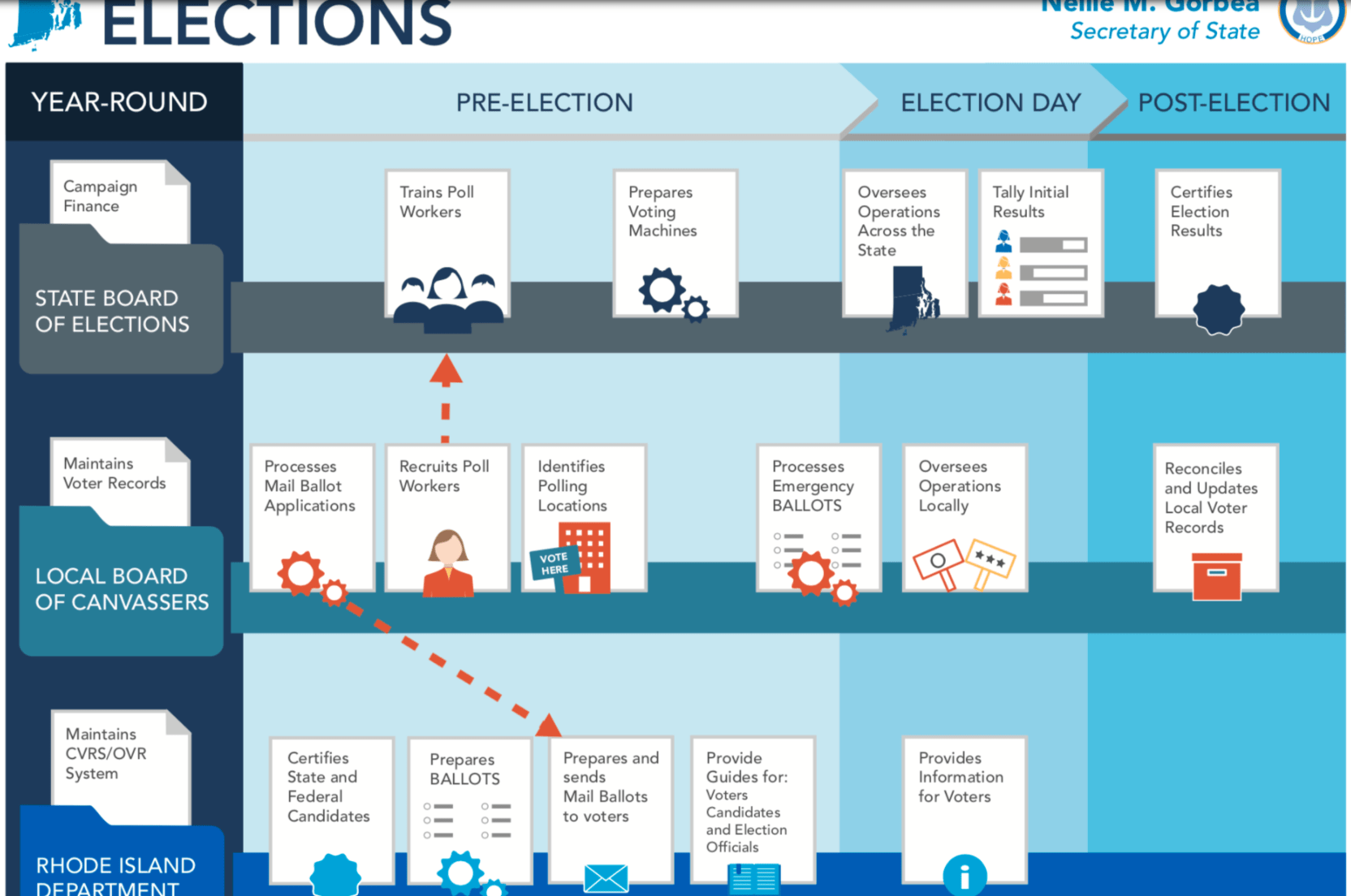 In the midst of this pandemic, it’s easy to forget that we have a democracy. But fortunately for us, the Rhode Island Department of State, Board of Elections, and even local canvassers are there to remind us of the upcoming presidential primary, June 2. Unlike most years, however, Rhode Island has turned to a different, more health-conscious approach: mail ballots.

Because of the changes, Secretary of State Nellie Gorbea held a virtual panel discussion Thursday with explanations from various officials about how the process will work and answers to questions submitted by residents, about the primary, which was originally planned for April 28 but moved after the number of cases of COVID-19 started to climb.

Normally, mail ballots serve as a supplement to physical voting locations, and because of that, they don’t tally as many votes as do the polls. Yet this year, they are expected to serve as the primary method of voting. By now, registered voters should have received their mail ballot applications, and should have these applications delivered, not postmarked, to the Board of Elections or their local town hall by May 19 (if you are registered to vote in East Greenwich and have not requested a mail ballot, contact the Town Clerk’s office at 401-886-8605).

Once applications are verified, official voting ballots will be sent out – BOE started sending them out this weekend. Those are due by 8 p.m. primary night, June 2, but officials urge voters to return them as soon as possible.

Reliance on the mail ballot has raised concerns from some about voter fraud. One concern, in particular, pertains to receiving a mail ballot application for a former resident of a location. BOE officials say if that happens at your house, do not open the letter. Rather write on the envelope that the person for whom the ballot was intended does not live there anymore, and return the envelope to your mail carrier or the post office. From there, the envelope will be returned to the Board of Elections and will help them clean up voter rolls.

But what’s to stop a person from just taking that application intended for another and using it? First of all, according to state officials, it’s a felony to commit voter fraud.

Historically, mail ballots would require two witnesses or a notary public before the “oath” envelope, as it is called, could be submitted. Now, instead, ballots will be verified by a system that begins with a stamp and unique barcode, which are designed to prevent voters from submitting multiple ballots. Also, the Board of Elections will match the voter’s original voter registration card with their oath envelope, comparing the signatures; if they match, then the ballot will be counted. This process will be conducted in a public setting. In the case that the signatures don’t match, the voter could provide other identifying information – for example, a driver license number or the last four digits of their social security number – as an alternative form of confirmation. And if those can’t be confirmed either, the voter will be notified and will have to send out a special form with their signature in order to exercise their right to vote.

The process for disaffiliation from one’s prior political party is also different this year. If you wish to disaffiliate, go to vote.ri.gov, click “Update my voter record” (find it HERE), and follow the necessary steps to update your voting record.

Although mail ballots are heavily encouraged for this year’s elections, physical polling places will still be open, though with much fewer locations. Most jurisdictions will have only one location, with Providence having four polling locatoins and Coventry and Cranston each having two. In East Greenwich, the only polling station that will be open June 2 will be at Swift Community Center. If you live outside EG, you can find your polling location HERE.

At these physical polls, according to officials, precautions will be undertaken to ensure both the safety of poll workers and voters. For example, there will be gloves, hand sanitizer, face masks, disinfectant, and even plexiglass at some locations. Workers will clean the kiosks and help maintain social distancing, with only a few voters allowed into each location at a time. Voters are asked to wear face covers at the polling station but it will not be mandatory. There will be some extra masks on hand at the polling sites. And all voters will also receive a one-time use, disposable pen to mark their ballots.

Despite these changes, the Board of Election officials said they expect to be able to report election results in a timely fashion. There may be slight delays due to the sheer volume of mail ballots, but with two high-speed counters that can tally 4,000 to 5,000 votes an hour each, the state looks ready to tackle the challenge of democracy during COVID-19.

You can watch the discussion about the presidential primary HERE.