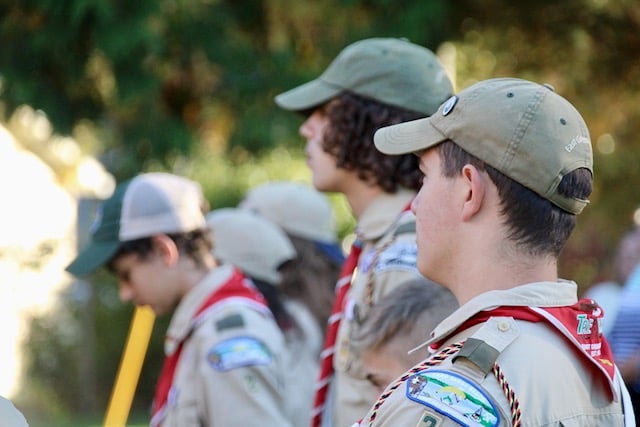 Above: . Photo by Tim Cure

Saturday, Oct. 15, marked a day of celebration for Scout Troop 2 East Greenwich, which marks the 100th anniversary of its founding this year. The troop organized demonstrations and exhibits for the public on Academy Field and offered tours of their Scout hall across the street on Spring Street during the afternoon, capped by a simple ceremony with a few short speeches. That evening there was a dinner at the Fireman’s Hall.

EG News caught up with the festivities at Academy Field, where scoutmasters former and current spoke – the indomitable Jim Essex, who Sen. Jack Reed called the “scoutmaster of all of America” – and Rob Coates. Coates congratulated the scouts for perserving during the Covid pandemic, meeting throughout. Girls have had their own troop within Troop 2 since 2021, with Amy Falso as scout leader. Her son is member of the troup and she jumped at the chance to lead the first girls troop in Troop 2’s long history.

Harrison Timperely, who earned Eagle Scout status during his years in Troop 2 acted as master of ceremonies. He offered a personal message to the young scouts in front of him: as hard as it can be some days, “see it through to the end.” 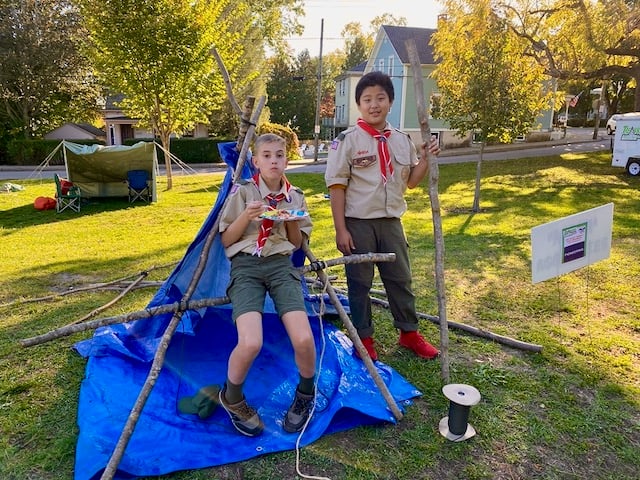 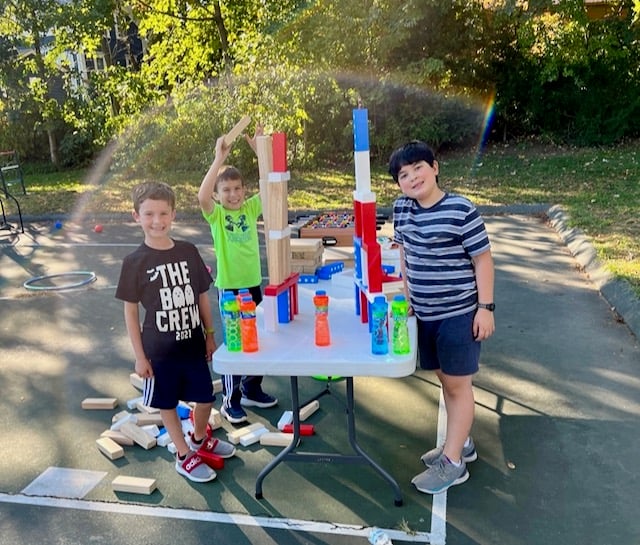 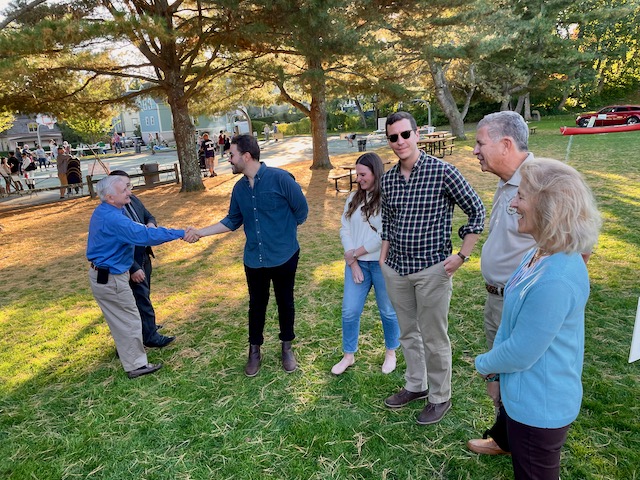