Town Looks to Get Millions From Federal Stimulus 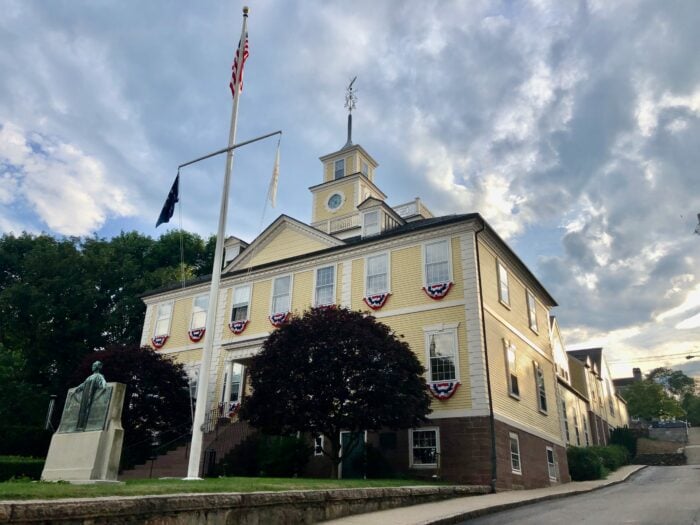 A year ago, the financial picture loooked bleak for East Greenwich – and pretty much every town, city and state in the nation – with the pandemic bringing the economy to a screeching halt over a period of days that bleak March. Things are now looking up, however, as East Greenwich is looking to receive several million dollars from the America Rescue Plan.

Town Manager Andy Nota said last week its unclear just how many millions the town will receive, due partly to the different ways the money is being doled out. Some of the money goes directly to individual municipalities and some is being distributed to counties, since in many parts of the country, counties control larger networks of government services, like public schools and public safety.

“What we’re focusing on … this initial federal funding, what its purpose is, is to provide relief,” Nota told the Town Council at its April 12 meeting. “That is its purpose. It is meant to be used. It is not meant to be squirreled away. The relief needs to be in moderation and you need to stretch that relief over as many budget cycles as you can.”

He said the town is projecting to finish fiscal year 2021 (which ends June 30) with a surplus and “in decent shape.” That’s due to the stringent budgeting employed last year that left several municipal positions unfilled as well as layoffs.

“The reason we have a surplus is because the council approved a very lean 2021 budget and we’ve left some positions vacant. And we made some really difficult personnel positions,” he said, noting such leanness can’t be sustained without a hit to town services.

The first tranche of federal money will arrive In May, said Nota. “We’re going to be in excellent shape to minimize tax increases in FY2022 and FY2023,” he said  – music to the ears of taxpayers if such words come to fruition.

The town will probably have four years to spend the federal funds, Nota said. While it’s a lot of money, “for a community like East Greenwich, it’s not that much money,” he said. “It could potentially provide relief over that whole time.”

With the school district’s proposed fiscal year 2022 budget in hand, Nota said he and finance director Trish Sunderland are hard at work on the complete town budget (which encompasses the EGSD budget). By Town Charter, Nota must present that budget to the Town Council by May 1. The Town Council next meets April 26.