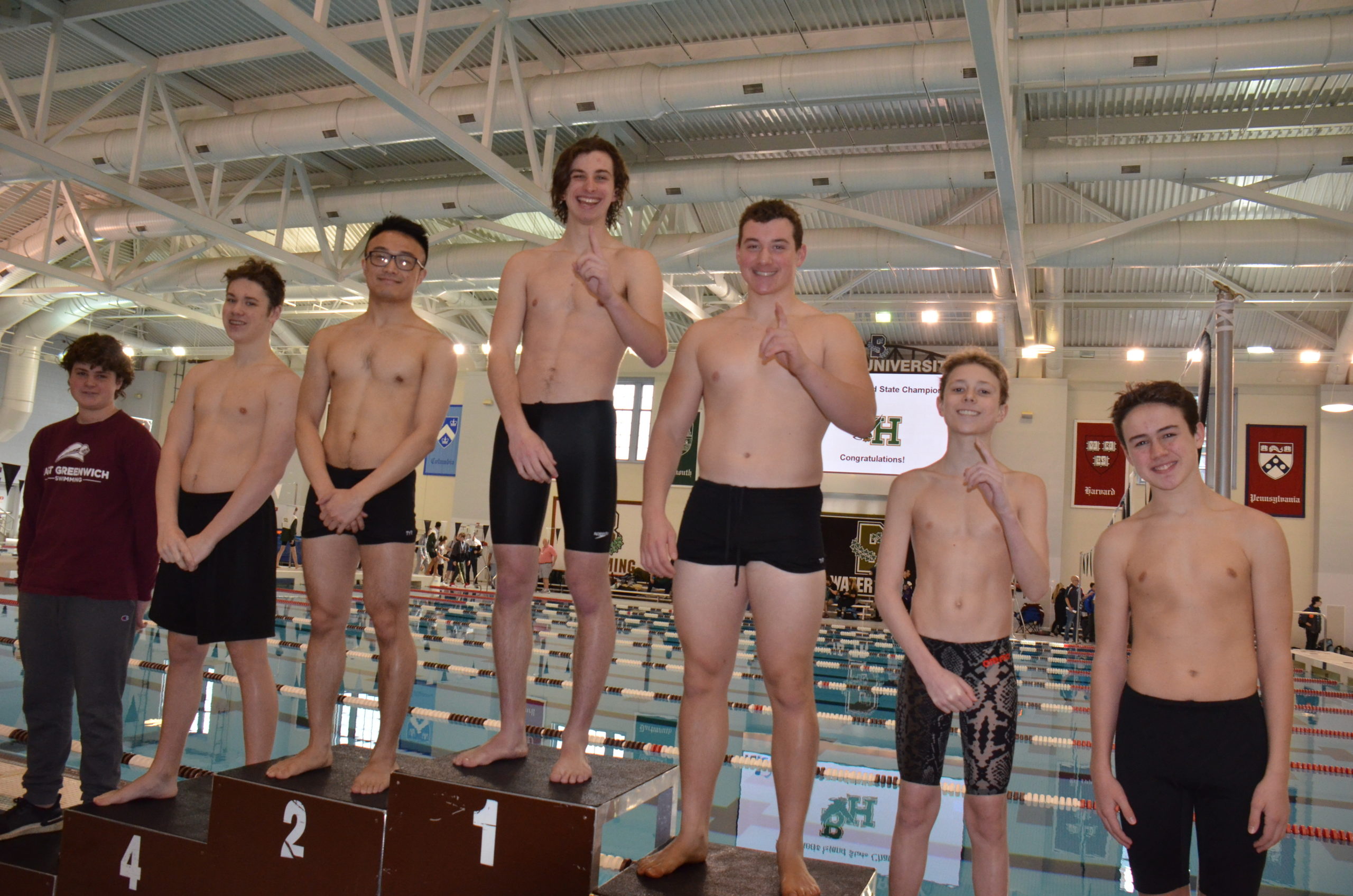 The EG Girls and Boys Swim teams competed in States last weekend, with the Girls placing 7th overall and the Boys placing 17th.

“It’s one thing to qualify to go [to States]. It’s another thing to be able to score points for the team,” said Coach Gina Hand.

For the Boys, Nick Brita, a sophomore, placed in the top eight in both of the 200 and 500 freestyle.

With only one senior on the Girls team this year, Ana Karabots, there’s a lot of experience that will be returning next year. The Boys will be losing Anthony Morganti, Justin Chen, and CJ Perrone.

“They’ve all been contributors,” said Hand of the seniors.

Overall, she said, “the kids did their best. They swam their hardest. They were in Division 1 all year, competing against the strongest swimmers in the state. Coach David Evans and myself were just really proud of them.”

Meanwhile, Cortlandt Meyerson, a senior, made a small but mighty team  for Rocky Hill Country Day School at both States and Regionals.  On Saturday, Cortland came 3rd in the 50 yard freestyle (personal record of 21.66 seconds), as well as 5th in the 100 yard freestyle at States. Cortland’s impressive 30-point haul in the two races meant he single-handedly moved Rocky Hill past 10 competing Rhode Island high school teams into 18th place.

EG swimmers Jessika Finger and Genevieve Cava in between events at States. Photo by Kathy Smith

Junior Grace Sheridan scored 25 points at States, the most for the EG Girls team. (Photo by Kathy Smith from an earlier meet.)

Freshman Jessika Finger was one of EG Girls’ nine swimmers at States. (Photo by Kathy Smith from an earlier meet.)

Help EG News cover school sports: be our eyes and ears! You don’t need to write a long story or take professional pictures. Contact [email protected] if you are interested!