By Elizabeth McNamara and Kim Kinzie 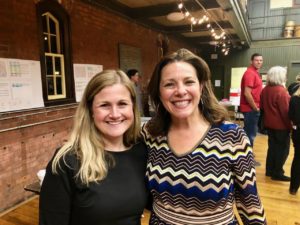 They join Chair Carolyn Mark and members Matt Plain and Jeff Dronzek on the seven-person panel.

“We had an actual blue wave in East Greenwich and I’m so excited about the team,” said top vote-getter Alyson Powell. 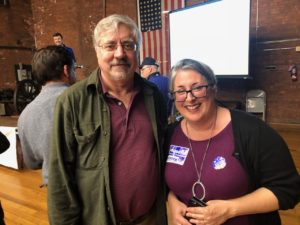 Gene Quinn, making his second run for School Committee, seemed a little stunned by the result. “I wouldn’t have dared hope for this but it’s wonderful,” he said.

“Look at what we all just did,” said Musella. “I can’t wait to get to work for our kids and our town.”

Once the new members are sworn in later this month (date to be determined), the School Committee will be comprised of five Democrats and two independents (including former Republican Matt Plain). There will be no GOP representation on the panel for the first time in decades.

Including mail ballots, the vote totals were: