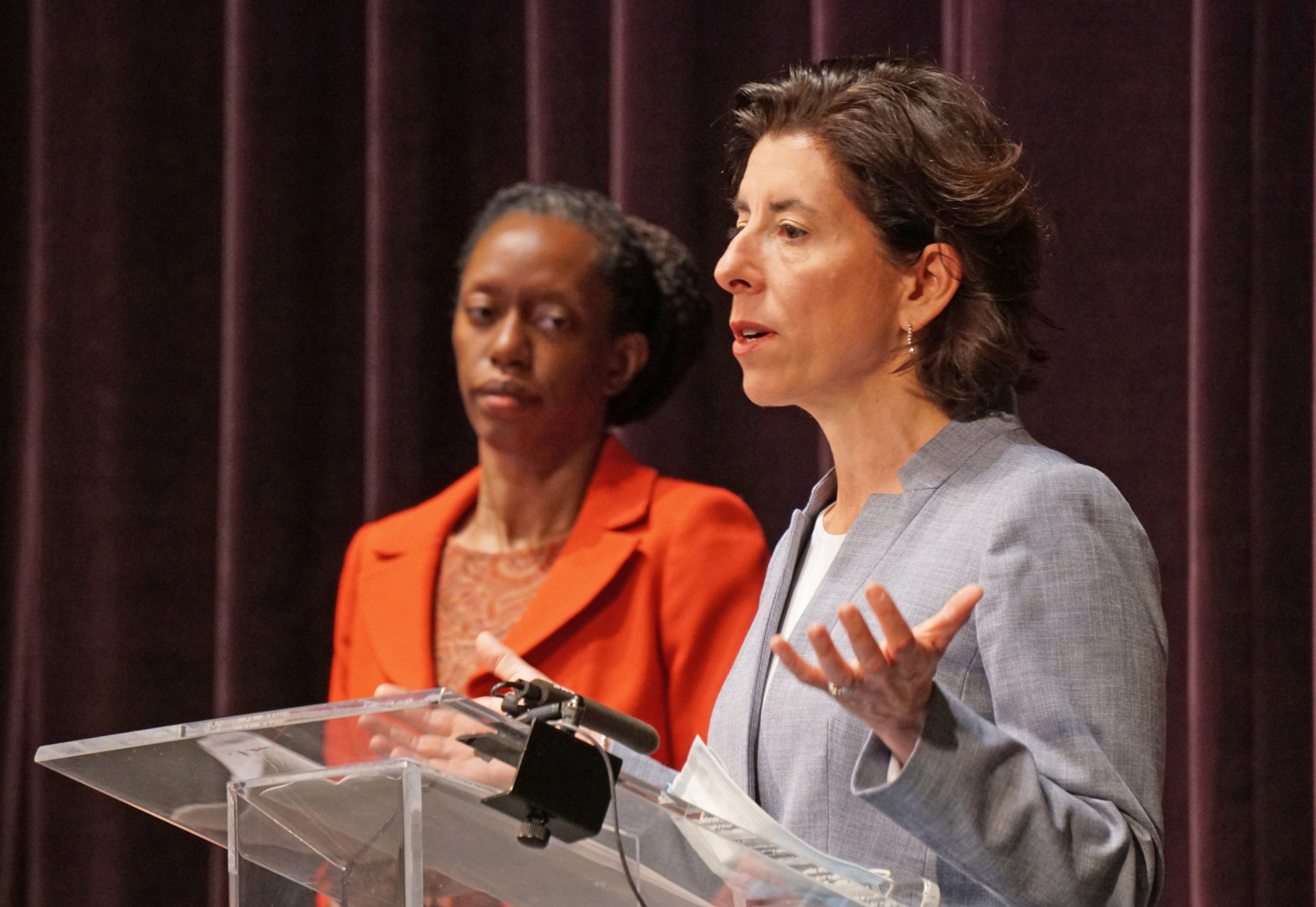 On Friday, there were 84 new positive cases, for a total of 15,947 cases. There were 10 deaths, bringing the death toll to 833 people. The number of hospitalizations remains steady at 141 people. The number of confirmed cases in East Greenwich remains 71. Find all the latest data on the DOH data dashboard HERE.

As part of a previously announced $5 million initiative to provide more affordable housing, this campaign will support residents who qualify for housing vouchers and provide landlords with additional funds for their units, in partnership with the United Way and the Rhode Island Association of Realtors.

Raimondo challenged Rhode Island landlords to pledge at least 100 rental units by July 1 to be rented to residents that have these vouchers.

Landlords will be given a $2,000 signing bonus for the first unit they make available to serve a household experiencing homeless, as well as an additional $500 for every additional unit. They will also be offered up to $2,000 a unit to support move-in upgrades, such as minor renovations and repairs.

To get more information on this initiative, you can call 211, the R.I. Association of Realtors or the Dept. of Commerce hotline at (401) 521-HELP.

Thursday morning, the city of Boston removed a statue of Christopher Columbus that had been recently damaged earlier this week. A statue of Columbus can also be found in Providence on Elmwood Avenue, which has been previously vandalized.

Although Raimondo said statues should not be vandalized, she said she’s up for a discussion about whether or not to remove the one on Elmwood Avenue.

“It’s a culturally important statue for many Italian-Americans,” she said. “It’s also offensive to many others. So, I think it’s worth a community discussion.”

As conversations have sparked nationally about racism, some Rhode Islanders have raised an argument once more to remove the word “plantations” from the state’s name: State of Rhode Island and Providence Plantations. Those arguing to remove it believe the word is directly attached to the history of slavery, specifically Rhode Island’s role in the slave trade.

Raimondo said the question should be put on the ballot this year, adding that Rhode Islanders should do the right thing and vote to change the name. A ballot question to drop “and Providence Plantations” from the state name failed in 2010.

Raimondo said she would consider changing the name by executive action if it is not put to voters.

Earlier this week, Raimondo announced an early warning detection system to test key groups of asymptomatic individuals, specifically close-contact workers and child care workers. She announced that this program will expand to include restaurant workers and public transit bus drivers.

She urged all of these employees to get this free test, stating that the state has the capacity to run 900 of these tests a day and the current average is half of that.

“That’s not good enough,” she said. “I’m not satisfied with that. We have to do better.”

Dr. Nicole Alexander-Scott, the director of the state Department of Health, also went over the results from the serology testing last month, announced Friday morning by Philip Chan, one of the consultants and medical directors at DOH.

Five thousand all over the state were randomly selected and mailed letters offering this voluntary serology testing. This test determines whether someone has antibodies for the virus – in other words, it shows the percentage of residents that may have had the virus in the past, even if they weren’t tested or didn’t have symptoms. This percentage is the “seroprevalence.”

Although he acknowledged that the overall seroprevalence in residents was low enough to be encouraging, he reminded everyone that continuing to adhere to public health guidance is crucial because a lot of Rhode Islanders are still susceptible to the virus, especially in disproportionately affected communities.

“Bottom line is, we’ve got to do more. It’s on our radar and we’re working towards it,” Chan said. “We need more evidence and work to focus resources on these communities in Rhode Island.”

Raimondo noted the test positive rate for the communities that have been hit the hardest by the virus is finally under 20 percent.

“We are committed to making sure these communities are safe and healthy,” she said.

Raimondo also announced the launching of a website dedicated to tracking all of the state’s COVID-19 spending from the stimulus fund. This list will be updated on a monthly basis.

EG News knows this is a challenging time for everyone. If you are able, consider supporting local news with a donation. Use the Donate button below or send a check to EG News, 18 Prospect St., EG, RI 02818.