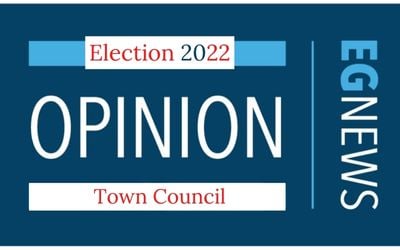 Since most of the big issues have been comprehensively covered throughout the election a seemingly innocuous issue covered during the Town Council candidate debate caught my interest, serving as a litmus test on how a council functions.

My wife and I, both public school teachers and decades-long residents of East Greenwich, are typically drawn to issues most connected to property taxes and public education. Surprisingly it was the question during the debate regarding the ongoing tensions resulting from the commercial parking spilling into and around residential areas in EG that piqued my curiosity. Apparently areas, such as the neighborhood behind the Providence Oyster Bar, have been plagued with parking problems which can be directly attributed to poor planning. A current council member stated there was in fact a parking study planned but was or is behind schedule. I found it odd that a town experiencing both residential and commercial growth wouldn’t have some form of parking study that is continuous in nature.

During the debate candidate Peter Rodgers explained how the parking issue, like any municipal planning, has second and third order consequences which need to be considered from the get-go. Brian Turner echoed similarly by adding that he’d approach municipal planning and municipal personnel staffing shortages in a preemptive manner rather than one that is reactionary. After chatting further with Peter Rodgers, Brain Turner and Brandon Salomon post-debate I feel there is a clear and concise difference between these three candidates and the incumbents. They have the managerial skills and experience to effectively plan a project while being aware of ancillary components that are just as important as the primary objective of a municipal project.

Admittedly the parking issue has little to no impact on my family. However, how town officials handle the “little things” provides some insight as to how larger projects will be handled. If current councilors are not thinking strategically about parking how will they handle the much more significant challenges our town faces such as the potential addition of 400 residential units off Division Road? Our school district, with its aging facilities, is facing over a half million dollar budget shortfall in the coming year while simultaneously dealing with 2020 learning loss and the need to drastically improve school security in all of our schools. An additional 400 homes could be the nail in the coffin of public education in East Greenwich if we don’t have effective leadership on the Town Council.

Rodgers was a 21-year submarine officer and is now a project manager for a defense contracting firm. He manages a team of 65 people and an annual budget of $20 million. His graduate degrees are in leadership & management and government policy. Turner is a vice president for a national construction materials company leading a team of engineers and scientists across multiple states. He draws upon his bachelor’s degree in chemistry to lead research and development efforts for the company. Salomon is a highly successful business owner and philanthropist who has extensive experience with marketing, personnel, and financial management. He has been a board member of the East Greenwich Education Foundation and helped raise over $2 million for the Leonard and Adele R. Decof Family Comprehensive Cancer Center at Miriam Hospital in his work with the Decof Foundation.

Collectively Turner, Rodgers and Salomon will make great additions to the East Greenwich Town Council by making holistic and data-driven decisions with respect to school safety and pushing back on state encroachments regarding affordable housing. We need town officials who ensure the collateral effects of their actions or inactions don’t have negative ripple effects across our town.

Glenn Valentine is a resident of East Greenwich.