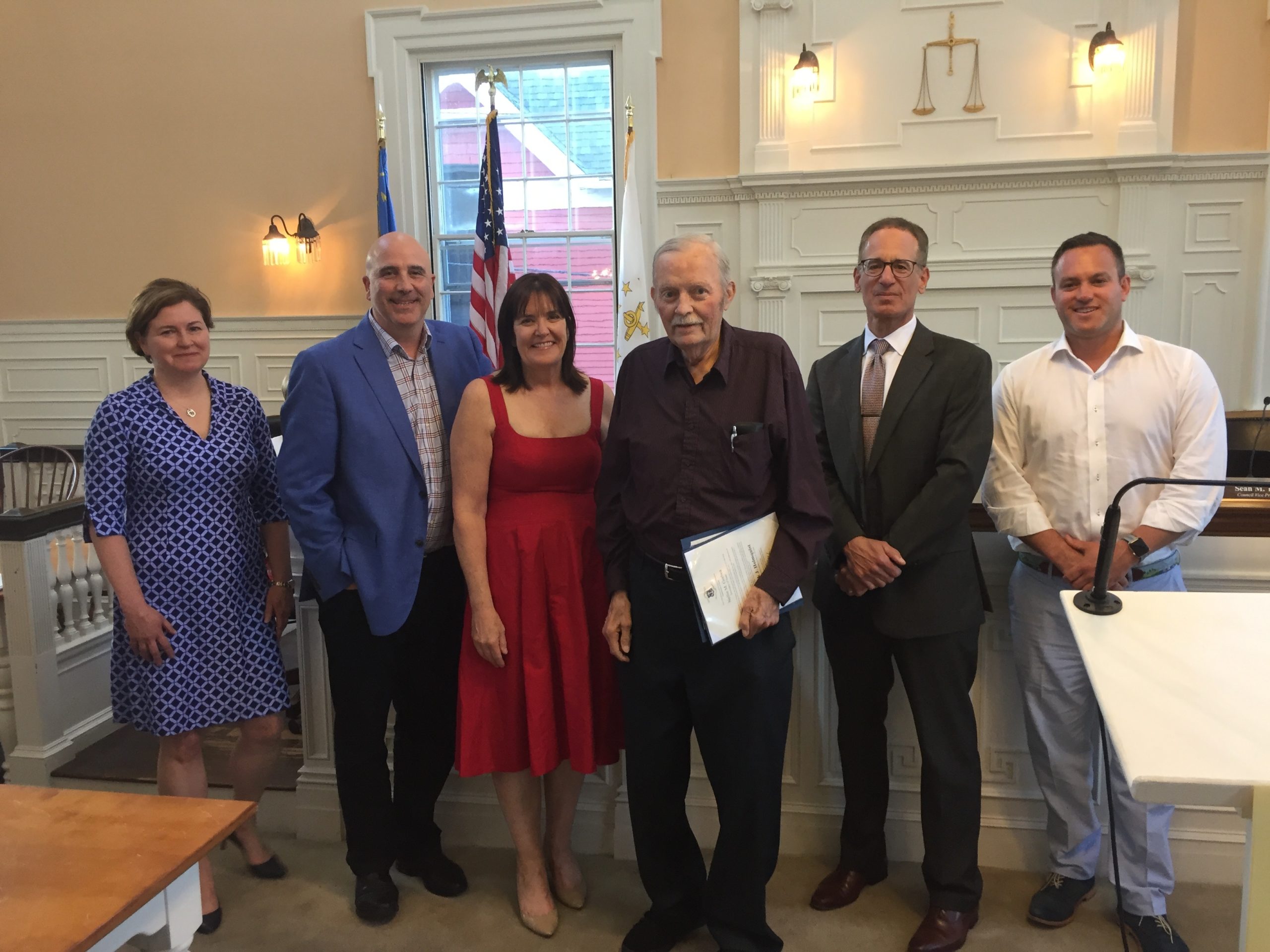 Above: Jerry Holmquist honored by the Town Council in 2018 for his 42 years of service on the town’s Board of Canvassers.

Frederick J. “Jerry” Holmquist, 86, passed away unexpectedly at home on Wednesday, Dec.18. He was the beloved husband of Beverly B. (Bolton) Holmquist with whom he celebrated their 62nd wedding anniversary on Nov. 28.

Born in Providence, the son of late Frederick and Hilda J. (Chisholm) Holmquist, he served in the United States Army stationed in Germany early on during his two years of active duty. Jerry worked at Brown & Sharpe Manufacturing for 39 years, starting out as an apprentice engineer and later becoming manager of the grinding and machine tool division. 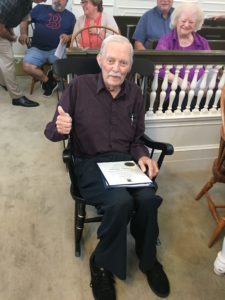 After moving to East Greenwich in 1963, he was an active member of First Baptist Church East Greenwich. He also was a 56-year member of Harmony Lodge No. 9 F&AM, Cranston and a member of the Lodge’s Fellowship Team for many of those years. In addition, he served 42 years on the town’s Board of Canvassers, stepping down in May 2018.

Jerry will be remembered as a loving and humble man who throughout his life did all that he did out of the love he had in his heart.

His funeral service will be held at Carpenter-Jenks Funeral Home, 659 East Greenwich Avenue, West Warwick on Monday, Dec. 23 at 11 a.m. Calling hours prior from 9 to 11 a.m. Burial with military honors will be in the Rhode Island Veterans Memorial Cemetery, Exeter.

Donations in his memory may be made to First Baptist Church East Greenwich, P.O. Box 551, East Greenwich, RI 02818. Condolences may be offered and memories shared at carpenterjenks.com.