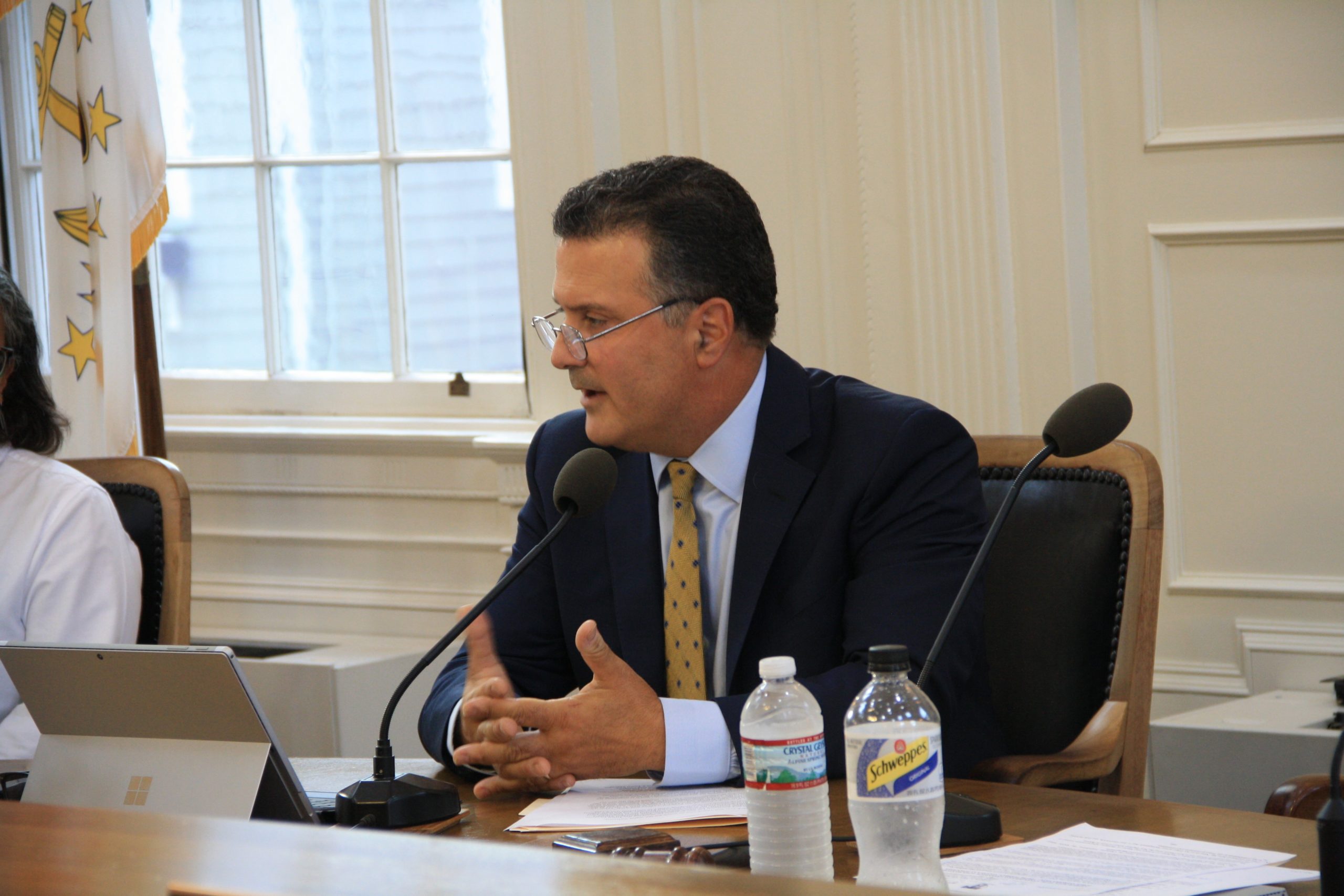 Town Manager Andrew Nota has signed a three-year contract through August 2025 that includes a salary bump to $186,000, which would be the highest in the state according to figures from the R.I. League of Cities and Towns. The contract was approved by the Town Council at their Feb. 28 meeting.

“We feel his value to the town was really tremendous. Our goal was to establish a long-term partnership,” said Council President Mark Schwager Wednesday. “A lot of communities have been looking for managers – South Kingstown, Barrington, West Warwick, Westerly, Coventry. There’s a lot of demand for top-notch talent. We want to make sure he’ll have the professional rewards of staying in East Greenwich.”

“I can’t say thank you enough to the Town Council for the confidence and support they’ve expressed in me,” said Nota Thursday. “We work incredibly well together in balancing local interests, addressing critical local needs and in continuing to move the community forward even during challenging and difficult times.”

While COVID-19 has guided much of Nota’s tenure – he’d been on the job only six months when the pandemic arrived in Rhode Island – Nota said there was progress in other areas, including building up the finance department and recruiting “top-notch professionals” who understand what it means to serve the public. Two plus years after a cyber attack on the town, Nota said the town had also been investing heavily in technology.

In planning for the future, Nota said, “I am very pleased with the progress we’ve made as a professional staff and the direction the community is headed…. EG remains a place where people want to live, work and visit and it is rewarding for me to play even a small role in making that happen.”