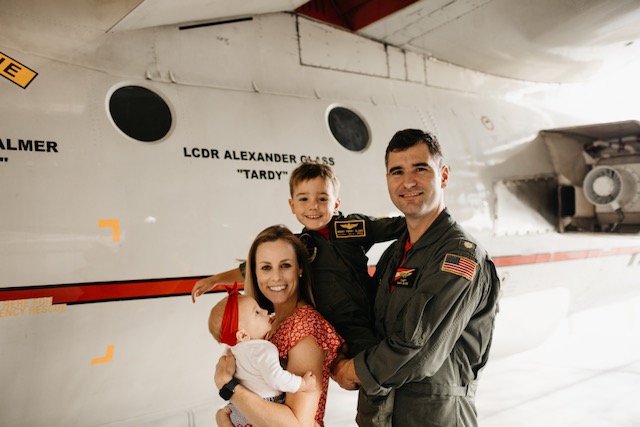 Above: One of several homecomings for the Glass family while stationed in Japan; Hadley is 7 months old and Henry is 4 1/2 in this photo from 2020. Glass family photo

Despite orders from the Navy to another duty station for the next three years, our family continues to call East Greenwich home, as we’ve done for the last two years. No one’s AWOL. In fact, this decision has been made to support my husband in his hard-earned, well-deserved career as an active-duty Naval aviator, while taking into account other influencing factors for our family. Anticipated deployment schedules, time together, time apart, stability, schools, safety, support, spousal employment, access to quality health care providers, access to transportation, housing and real estate, and quality of life were the ultimate factors we weighed in coming to our decision.

Brows furrow when we describe our current living situation to those that haven’t been read into it yet. My husband and I have known each other for two decades and have been happily married for more than one while being proud parents to two young kids together, yet we have opted to live nearly 600 miles apart for the better part of the next three years. My husband is just one active duty service member amongst the less than 1 percent of the U.S. population (roughly 3 million men and women) who is active duty in our armed services, but he is far from alone in having made the difficult but necessary decision to live apart from his family while executing official orders. Recent years’ hardships related to the pandemic and the widespread housing crisis has made this an even more common choice. Although official numbers have not been made available by the Dept. of Defense, policies reflecting the increased desires of families to have more flexibility in the timing of moves alongside their service member have been revamped in recent years.

We know that my husband will be deploying again. His deployments mean 7 to 10 months (or more during Covid!) flying off and living on an aircraft carrier in the middle of an ocean halfway across the world with relatively limited means of communication by today’s technological standards. Not moving doesn’t mean not as much time together as a family, because he wouldn’t be home, regardless of where home is. It’s also a reflection that he’s done seven deployments to date; we are no strangers to the incredible upheaval experienced by military families and the unpredictability that comes along with the requisite training deployment necessitates. Getting a family through workups is a feat in itself; in fact, we spouses joke that by the time a deployment comes around, we’re all so exhausted from the unpredictability of the pre-deployment schedule that deployment is an improvement for everyone’s mental health; it takes the uncertainty out of things which can help kids get back to positive routines even with a parent deployed. A front office/leadership role in an aviation squadron means long nights, early mornings, and the constant carrying of a spare cell phone battery without much opportunity to bow out for our family’s favorite things: family dinners, youth sports, time with friends, and on the water.

Luckily, we’ve got Breeze Airways for nonstop flights between us for now, and our children have yet to complain about the travel this lifestyle requires. Every so often, my husband’s ship will dock to resupply, perform diplomatic duties, and offer the 5,000+ member crew a chance for a break that the 24/7 operating schedule of an aircraft carrier simply cannot accommodate while under way. You can bet we’ll be doing our very best to drop everything and meet the ship whenever and wherever it happens. In our recognition that children are resilient and would likely be “fine” whether we chose to endure another move or remain here, we’re counting on that resilience to enjoy the sometimes hard-fought perks that life as a military family offers.

When each of our children were just 8 weeks old, I took them on their first flight – a 14-hour, 4,863-mile nonstop trip from Tokyo to Sydney, to go meet my husband while the carrier was on a days-long port call. I’ve taken our son on enough flights that his miles flown (yes, we keep track in his very own “Pilot’s Log”) was enough to circumnavigate the globe two times before his sixth birthday. In fact, before he turned five, our son’s first 52-page passport, originally issued in the U.S. Embassy in Tokyo when he was just seven days old, was filled up; he’s fed bananas to elephants in Thailand, played with koalas in Australia, snorkeled with sharks in Guam’s bomb holes, explored beaches in Fiji, built a snowman atop a glacier in New Zealand, slurped ramen in Japan, discovered hidden waterfalls in Bali, taken trains all over Singapore, and explored the vibrant markets of South Korea – all part of our ever-present determination to keep our family together when we can, even if just for a few days at a time. 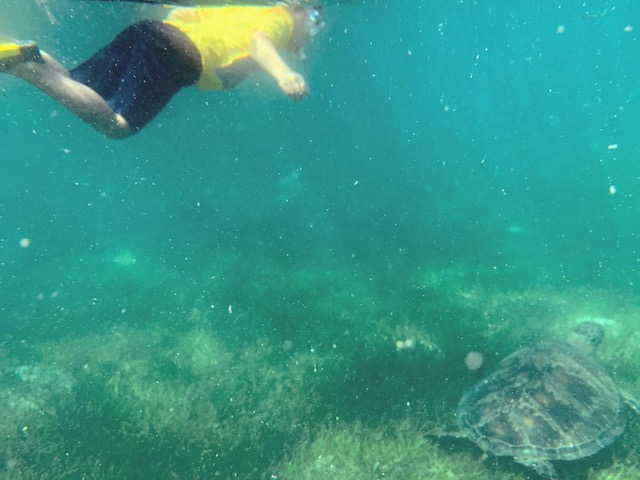 It’s the chance to do things like this – travel the globe, experience other cultures, immerse ourselves in other communities, and make lasting memories – that makes long and frequent deployments possible for some Navy families. The opportunity to settle down, connect with friends and family, and reevaluate and reshape life at home, are things to look forward to for others. Luckily, our decision to geo-bach (live as “geographical bachelors,” according to Navy lingo) means we no longer feel like we have to choose between the two, or between the at-times conflicting priorities of the Navy for my husband and those of our own family. With our decision to geo-bach, we’re choosing to live military life on our terms. It’s sure to be ripe with challenge, stress, and rewards, but then again, who’s life isn’t?

The social fabric of the East Greenwich community and those who inhabit it have definitely influenced our decision. The community we have come to know and love in East Greenwich has been, in large part, influenced by my work at East Greenwich News. I’m forever grateful that the Editor Elizabeth McNamara took a chance on me and that EG News gave me a critical, reflective lens through which my family and I could become a part of the community. The part-time assistant editor role I’ve grown into soon after we first moved here has been infinitely rewarding. I like to think that I’ve helped independent journalism flourish in what would otherwise be a local news desert, and I’ve helped my children to understand the great importance of local, reputable news. It’s with a heavy heart that I am stepping down from the staff of East Greenwich News in lieu of a full-time position elsewhere. Let’s be honest – babysitters aren’t cheap, and I’ve come to realize we’ll need a slew of good ones on speed dial these next few years.

I have enjoyed writing for East Greenwich News and all the publishing, editorial, and administrative work that’s gone along with it. Thank you to the readers and subscribers that have taken the time to engage, support, and grow this worthy nonprofit. I join you in looking forward to its continued successes and recognition of its value for and within our community. If my personal assurance means anything, I’ve seen firsthand that every comment is read, every dollar is well spent, and every connection to the community is valued. Signing off (for now), Kate Glass. 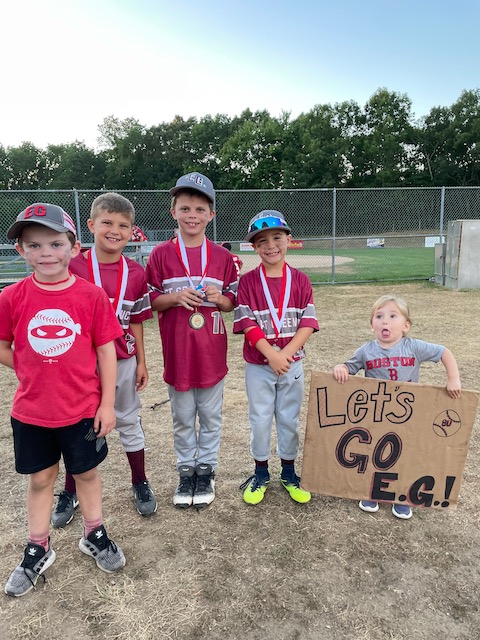 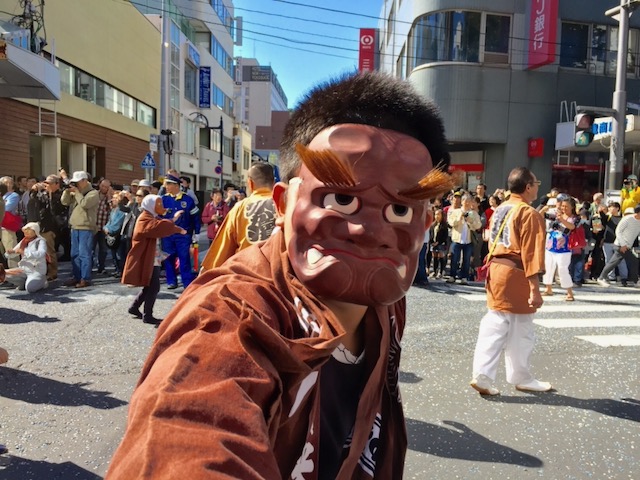 Life in Japan never stopped to be interesting for the entire 5+ years the Glasses lived there. Glass family photo 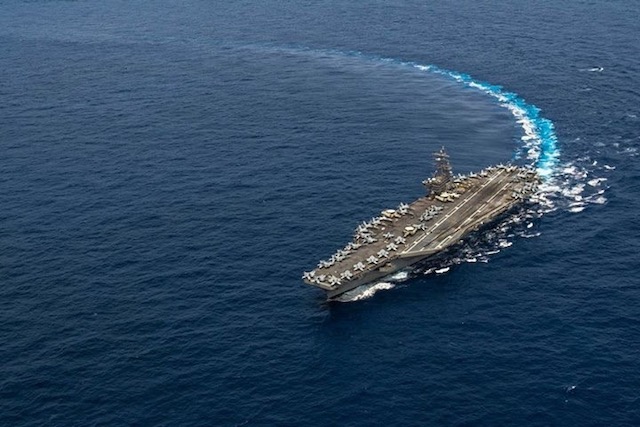 E2 aicraft from VAW-126 Seahawks from Norfolk, VA taxing to the runway aboard the USS Harry S. Truman (CVN-75) on Alex Glass’s first deployment with the U.S. Navy in 2009. Glass family photo 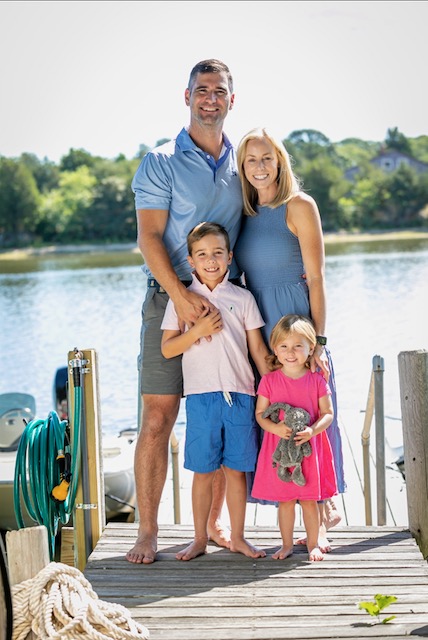