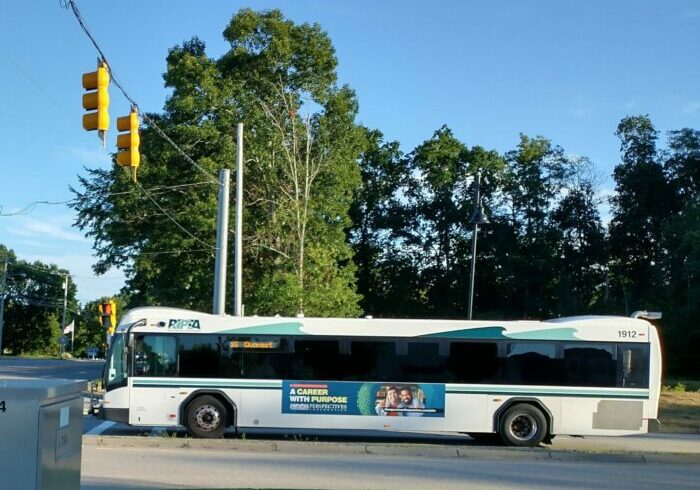 If you’ve been seeing more RIPTA buses in and around East Greenwich lately, it’s not your imagination. Back in June, RIPTA added a new bus route, Bus #16, to their schedule running east/west and covering Quonset, NEIT and Bald Hill Road. The added route was in addition to increasing the frequency for Bus #14 which runs north/south along Post Road from Providence to either Narragansett or Newport. East Greenwich is also served by Bus #66 (URI-Providence) which picks up riders at the Park and Ride at the intersection of South County Trail at Route 4.

The major stops for the new Bus #16 include:

The increase in service is part of a long-term plan by RIPTA to expand service to communities in the West Bay and South County. According to Scott Avedisian, RIPTA CEO, the improvements to service for East Greenwich and other areas are outlined in the state’s first Transit Master Plan Transit Forward RI 2040 and designed to improve connections throughout the region and between communities.

“Public transportation is critical to connecting people with places they need to go, and that is what this new service expansion does for East Greenwich,” Avedisian said. “This new Route 16 connects area residents with shopping and job opportunities on Bald Hill Road, to education at NEIT and CCRI, and to the new transit center at CCRI where they will have more access to more destinations.”

The new transit center at CCRI will provide shelters, seating and lighting for riders. Currently, buses throughout the West Bay, including #14, #16 and #66 stop at CCRI so riders can connect with buses to other parts of Rhode Island including Warwick Mall, Garden City Center, Providence and new bus route #23 traveling to Centre of New England, just to name a few.

From a local perspective, East Greenwich Town Council President Mark Schwager views the new route and added access to public transportation as a benefit in terms of the town’s long-term goals.

“It is exciting to see RIPTA implement an important expansion of public transportation in East Greenwich with the introduction of this new route,” Schwager said. “As our community grows in population, diversity and its economic impact, improving public transportation fits well into our town’s strategic plan to connect our community to employers, retailers and recreational opportunities statewide. Our town is also interested in exploring alternatives to the private automobile to address traffic congestion, reduce air and noise pollution, and free up public parking. With its central location within the state, and proximity to the convergence of Routes 2,4, and 95, East Greenwich is well positioned to take advantage of this new route.”

One of the issues that has arisen with the new route is access to transportation via sidewalks, crosswalks and Park and Rides. While the current Bus #16 stop at New England Tech Blvd and South County Trail has a functioning and safe crosswalk to the Dave’s shopping center, there are no sidewalks for pedestrians looking to walk from there to the large medical complexes on the west side of South County Trail. There are also no crosswalks on Division Street between the Dave’s shopping center and the movie theater and other businesses across the street.

According to Schwager, the town will begin work on the new comprehensive community plan next year. At that time, issues related to transportation (including sidewalks, crosswalks, bicycles and pedestrians) could be included into the town’s official strategic plan.

In the meantime, the addition of the new route provides additional transportation options to East Greenwich residents, particularly seniors, students, adults with disabilities and those who prefer to avoid driving to save on gas, avoid parking issues, or even reduce their carbon footprint.

Editor’s note: A reader reminded us about another bus that serves the area – an express bus into Providence that leaves from the park-and-ride on Route2/Route 4. Find that route HERE. 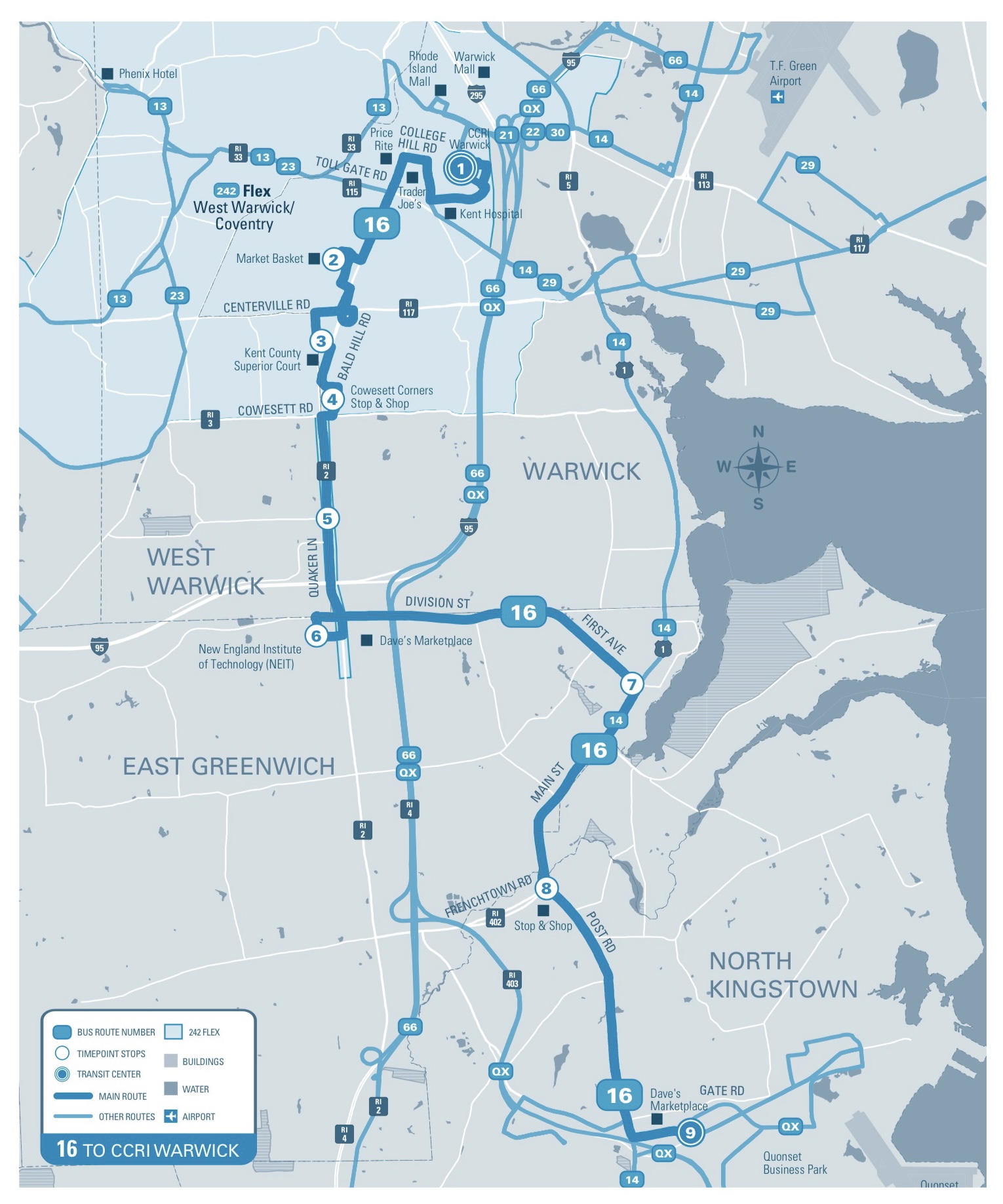