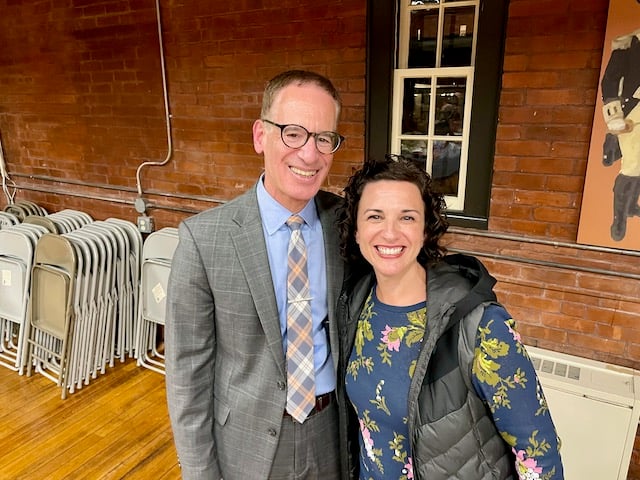 In the General Assembly races, Democrat Justine Caldwell beat Republican Amanda Blau by nearly 9 points (54.4 percent to 45.5 percent), retaining the House Dist. 30 seat for her third term with her widest margin of victory to date. Democratic incumbent Evan Shanley beat Independent Jonathan Martin 64.3 percent to 35 percent in the House Dist. 24 race. District 30 encompasses most of East Greenwich and a small portion of West Greenwich; District 24 encompasses a wide section of Warwick along with the area of East Greenwich from Cedar Avenue near Cole, south. In the Senate Dist. 35 race, Democratic incumbent Bridget Valverde beat Republican Doreen Costa by 13 points (56.8 percent to 43.1 percent).

“This is fantastic. To have the continuity – two years really goes very, very fast – to have the continuity, the same people, the same administration, that’s rare. It really is an opportunity of a lifetime to have that continuity and everybody pulling together. It’s remarkable,” he said Tuesday evening at the Varnum Armory, Election Day headquarters for the East Greenwich Democrats.

He ticked off the various issues facing the town, including development pressures, waterfront and downtown parking studies, and school building master plan. “It’s an exciting time to be in government and great to be in a functional environment where we’ve got good staff, good department heads and a council that’s really established a working dynamic,” he said.

Nicole Bucka was the top vote getter among School Committee candidates. She just went through an election last fall to fill a vacated seat on the committee. Now she has a full four-year term.

“I just feel like a year was definitely not long enough to accomplish what I was hoping to accomplish so I appreciate the opportunity to get a full term,” she said. “I think I accomplished a lot in a year but to think what I could do in four, it’s a lot more substantive.” Bucka added, “I’m looking forward to this. I’m really happy the incumbents are remaining because I have started to form those relationships with them. I feel like I’ll be able to take things to fruition more.”

She admitted she was a bit surprised. “This election was about, I’m going to just try to be transparently and objectively about what I really believe in,” said Bucka. “This speaks to what I experienced when I walk door-to-door in East Greenwich – that what you see on social media is not reality. The people in East Greenwich are informed. They’re educated. They care. And, when you are transparent and objective, if they agree with you, then they’re going to support you.”

East Greenwich News stopped by The Patio, where Republican candidates were gathered; they declined to comment.

While most of the ballots were counted Tuesday evening, there are some mail ballots dropped off today that have yet to be counted. Those votes should be added to the totals sometime Wednesday. Find local and state election returns HERE. 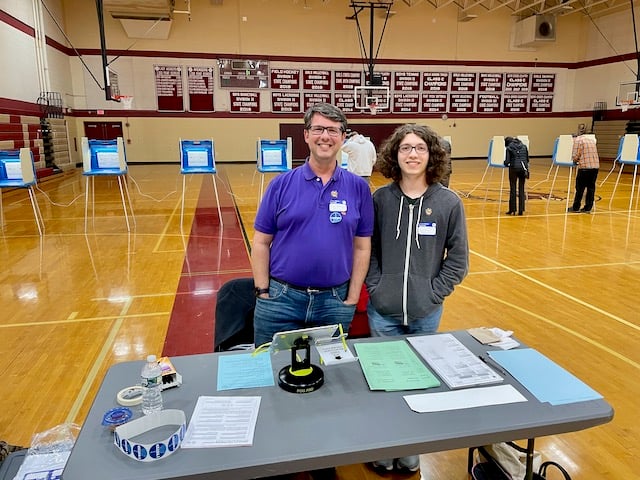 Father and son EGHS poll workers Doug Alexander and Emmett Bassen-Alexander, who is 17. “It’s been an experience,” said Emmett. “More fun than I expected.” 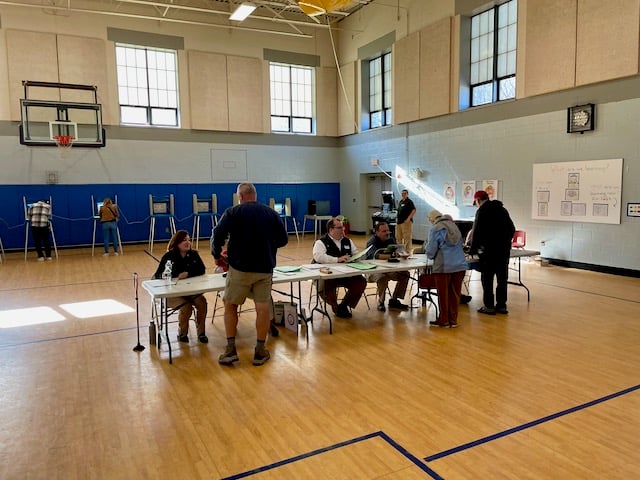 The poll at Hanaford Elementary. 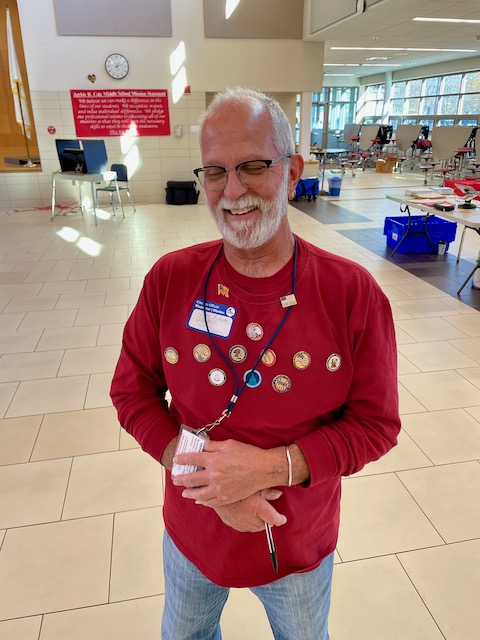 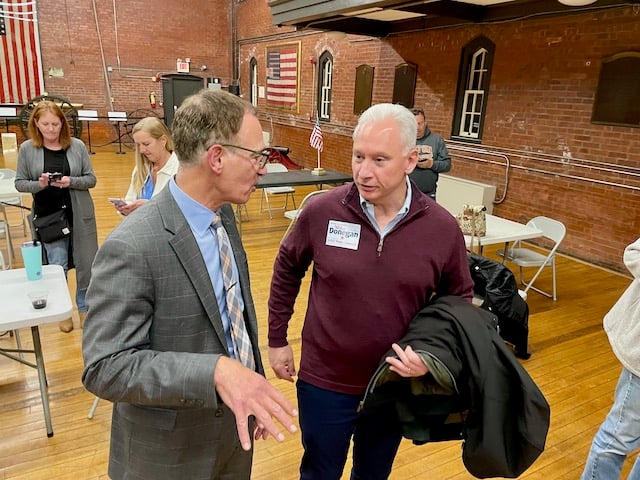 Mark Schwager and Mike Donegan after vote tallies confirmed their return to seats on the Town Council Tuesday. 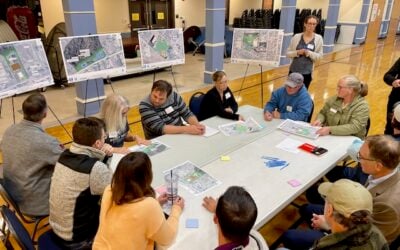