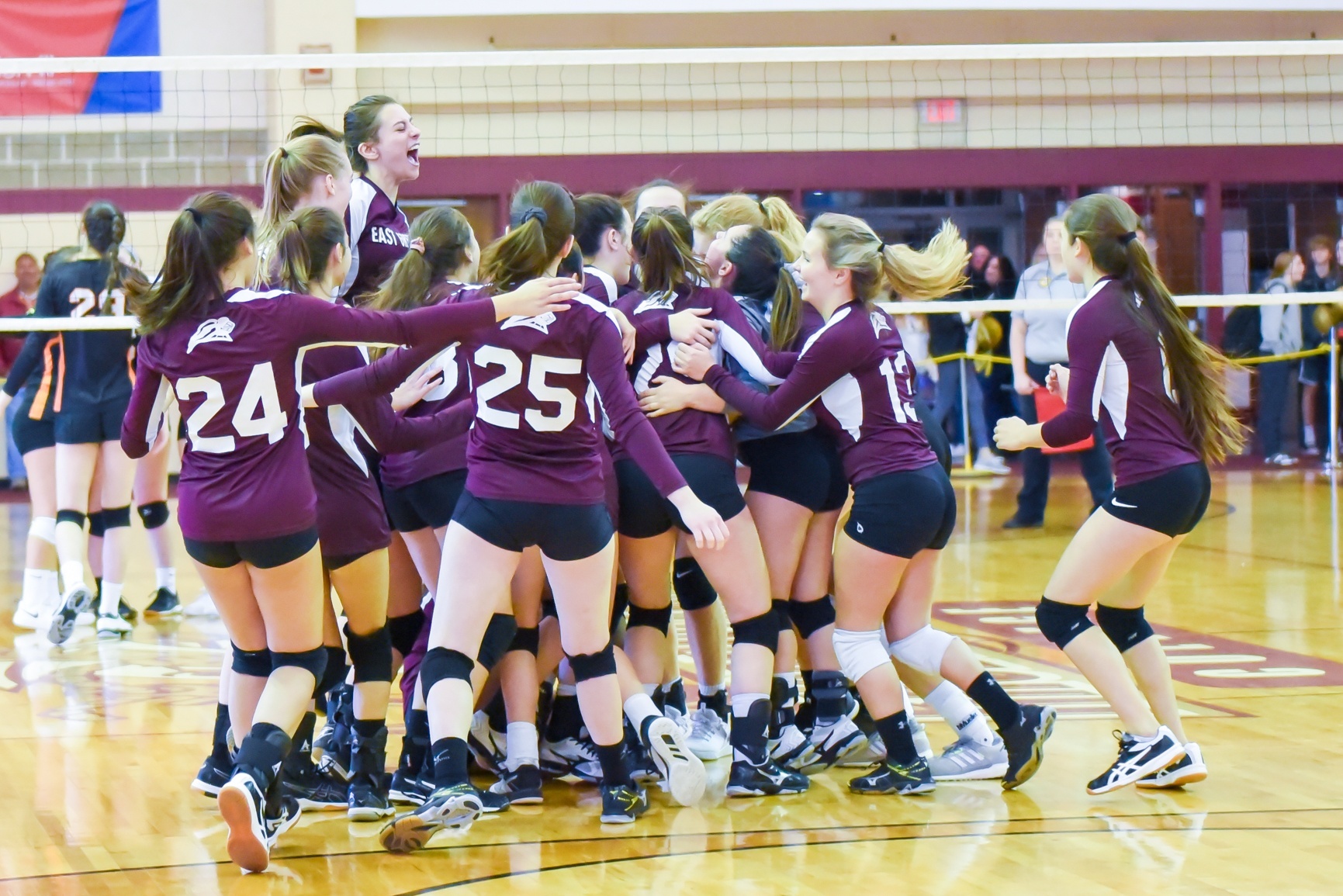 Above: Rejoicing after another come-from-behind victory and state title.

Rachel Rowey, Ella Johnson, Julia Stranger, Sydney Fay, Hannah Casper, and Sophie Johnson started in the first set. EG had a shaky start when the Wizards scored the first 4 points and went on to win the first set 25-15.

The second set started well for the Avengers with Hannah Casper’s help reeling in the ball and saving it from going out of bounds several times. Unfortunately, momentum was still of the Wizards’ side, who won the second set 25-18.

Things looked bad for the Avengers, but they’d been in the same exact situation just days earlier, in their semifinal game against Burrillville and they’d held on to win that match 3-2.

In the third set against West Warwick, EG rallied, perhaps buoyed by the “Let’s go” chants from Avenger supporters. Sophie Johnson made several spectacular saves, sliding across the floor and denying the Wizards many points. The EG girls captured the third set 25-21.

In the fourth set, still on the brink, the Avengers got stronger. Rachel Rowey helped lead the team by spiking the ball with many assists from Julia Stranger. Jessica Caterson also had several strong hits. The Avengers bested the Wizards 25-18.

With everyone in the gym on the edge of their seats,the match went to a fifth tie-breaking. Unlike the other four sets, the first team to reach 15 points in the 5th set wins.

For the first several points, the score stayed close, but EG pulled away, capturing the set, the match and another state title with a 15-10 win.

A special shout out to all the seniors on the team for whom this was their last game. Thank you for bringing home the title of Volleyball State Champions: Claudia Smith, Rachel Rowey, Emerson McEvoy, Sydney Fay, Laura Bernard-Sasges, Sophie Johnson, and Hannah Casper.

Sydney Fay, a senior, summed up her experience on the team by saying, “These girls have been my family for the past four years and I could not be more honored to call them my team. The hard work and dedication that they put into every practice inspired me every day. Being a senior, it’s hard to say good-bye, after all, we have been through together, but looking back, I am so proud of what we have accomplished and I know the future is bright for the EGHS Girl’s Volleyball team.” 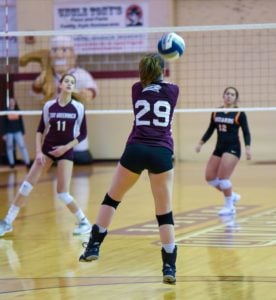 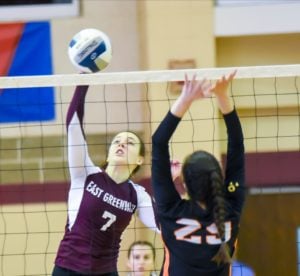 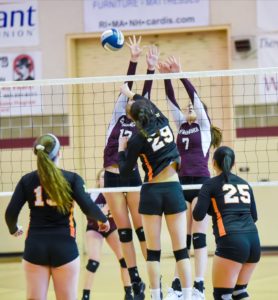 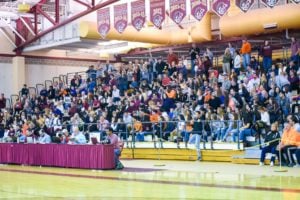 A full house at RIC for the championship game. 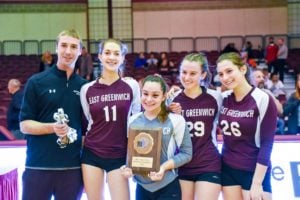 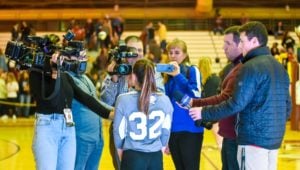 Libero Hannah Casper gets the star treatment after the game. 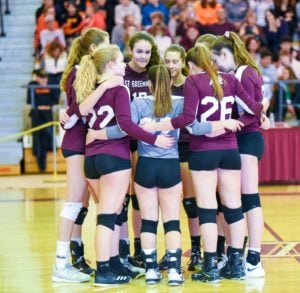 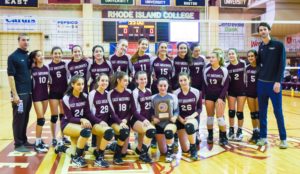 Caroline Hollingsworth, an intern at EG News, is a senior at East Greenwich High School.
Chuck Nadeau is a freelance photographer. Find his work here.