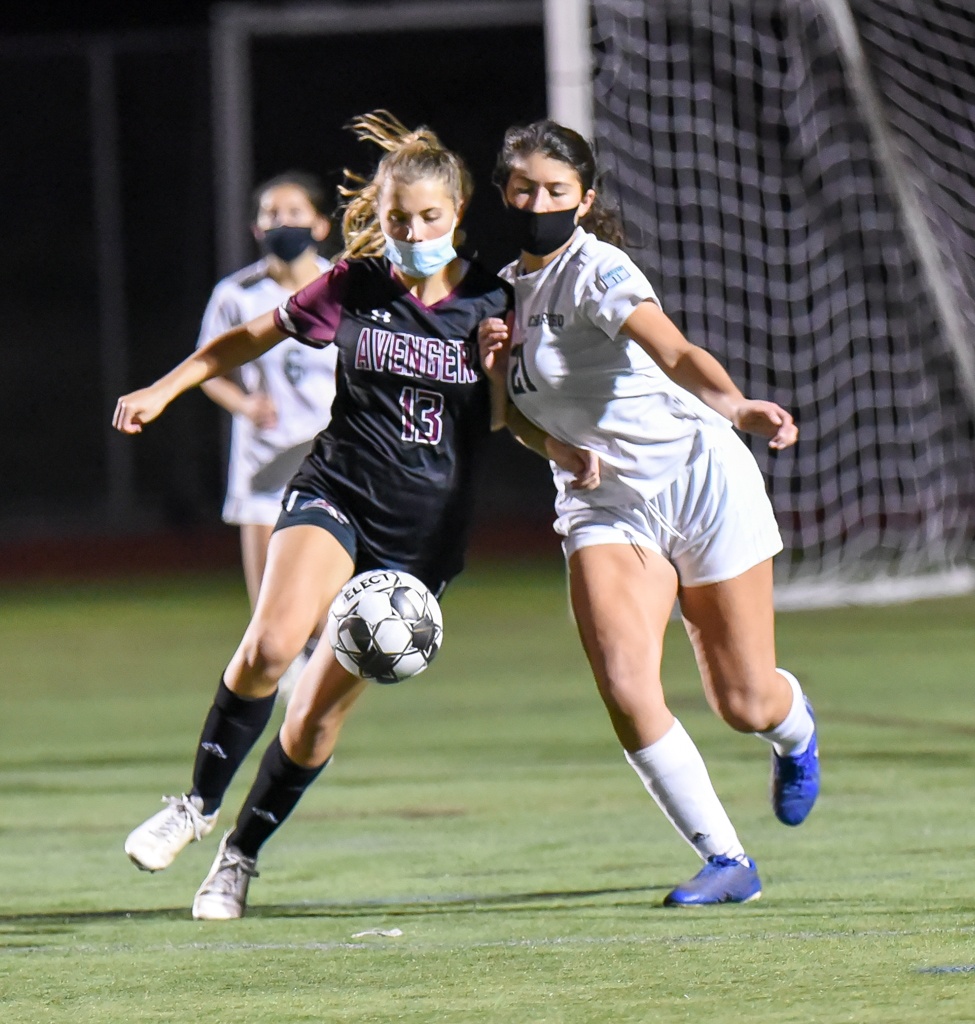 Above: Sofia Barnes scored the first goal for the Avengers Saturday. Photos by Chuck Nadeau. Find all his photos at chuckn.com.

The Avenger Girls Soccer team Saturday kept Chariho to just two shots, keeping the pressure on the Chargers the whole game and finding net three times for a 3-0 win.

Sofia Barnes scored the first goal for East Greenwich, with Abby Lewis scoring two more, one in the first half and one in the second. Maeve Phinney and Tori Duke both had one assist. Goalie Rosa Caliri had 8 saves. Chariho goalie Reid DosSantos had 5 saves.

“It felt good to play well from the start of the game, attacking early with a goal in the first two minutes,” said Coach Karen Lockhart. “I thought we played a complete game, both in terms of a full 80 minutes and on both sides of the ball – offensively and defensively. Chariho is a tough team and we have to play them again on Friday in our last league game of the season. Both teams were missing a couple kids on Saturday, so for us, contributions really came from everyone all around. I also thought Rosa Caliri, our goalkeeper, has been super consistent for us night and and night out and I love that we can count on her each game.”

East Greenwich is 4-1 in division play.

Maeve Phinney (#2) had an assist Saturday.

Goal finds net from a kick by EG’s Abby Lewis.

Avenger goalie Rosa Caliri with a save – she had 8 Saturday night.