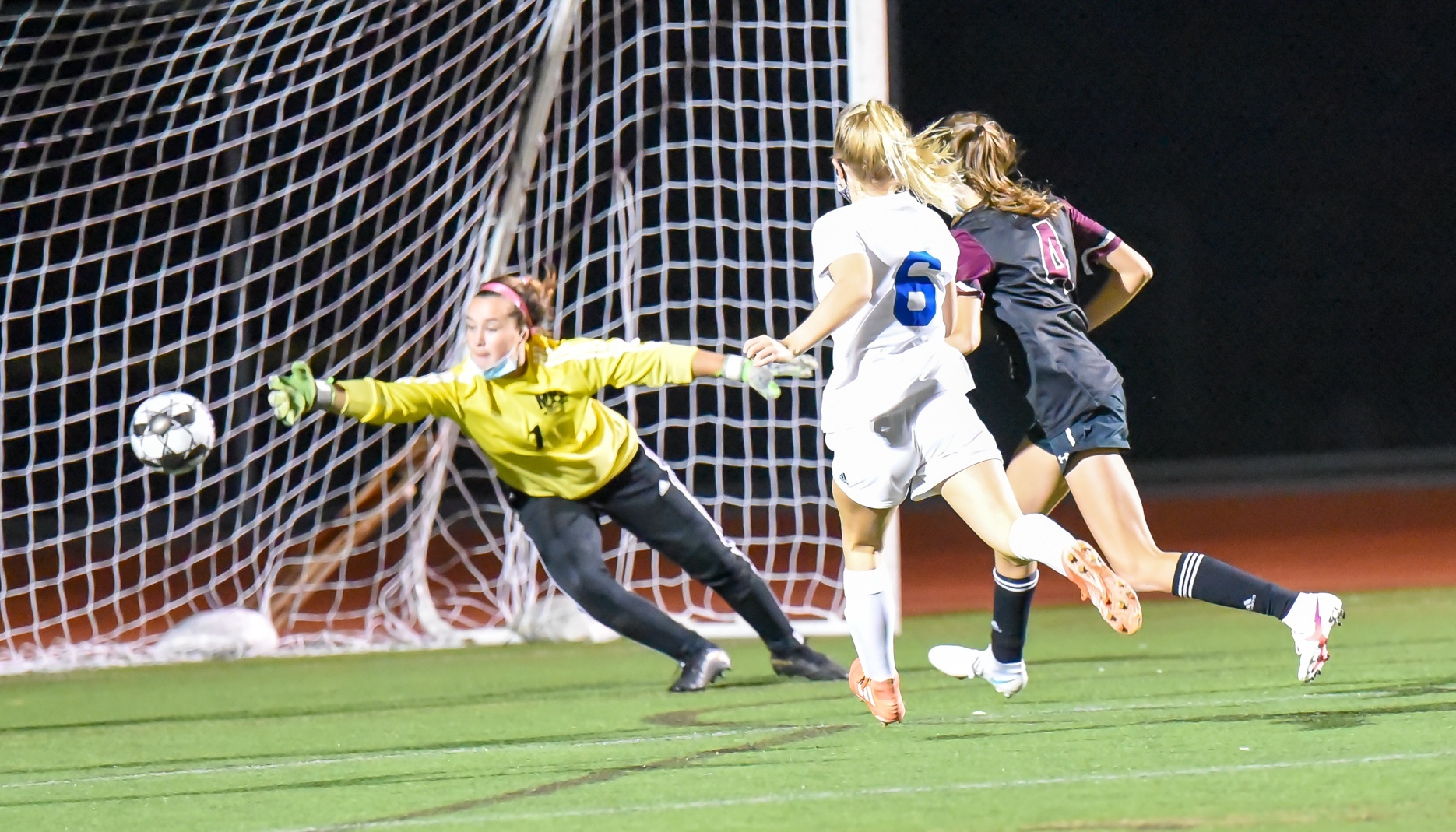 Above: Abby Lewis (#4) scores during the first half for the Avengers Friday night. Lewis scored a total of three goals for EG during the game. Photos by Chuck Nadeau. Find all his photos at chuckn.com.

Julia Moore throws in the ball.

The EG Girls Soccer team had a strong showing Friday night at home, beating Middletown 4-0. EG got just one goal off Middletown during the first half but scored three goals in the second half. Sophomore Abby Lewis scored three of EG’s four goals.

“Middletown put up a really good fight in the first half, but it felt great to connect on all cylinders in the second half, offensively and defensively,” said Coach Karen Lockhart.

Lockhart said the team has been focusing on “communication on defense and finding ways to be productive in the attacking third.”

She added, “I was also excited to see Abby Lewis score her first hat trick.”

The second Avenger goal, scored by Ava Simpson (not pictured). Izzy Gelzhiser (#9) had an assist.

Coach Lockhart talks with players during a break.

Coach Lockhart fist bumps with players at the start of the game.