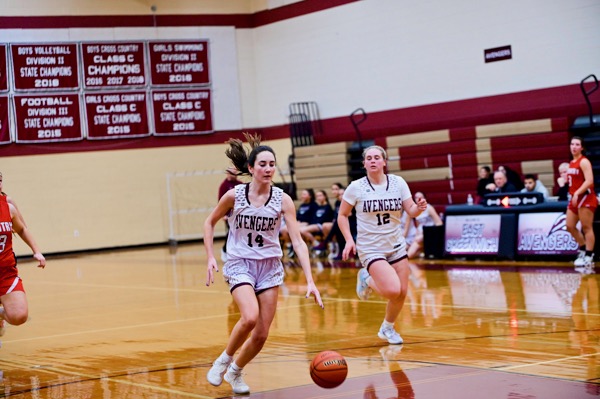 Above: Meghan Pagliaro brings the ball up court. Photos by Chuck Nadeau (chuckn.com).

This was a nice win for the EG Girls Basketball team. The Coventry Oakers came into EG’s gym with a like record. In the first quarter, It looked like EG would take this one rather handley, but that was not to be.

This EG 53 to 47 win came down to everyone’s favorite part of the game, the “intentional foul” game. The Avengers won that part of the game by making their shots at the foul line to hold the Oakers at bay.

Alex Mega led the scoring with 23 points. She had 5 out of 6 from the free throw line. Next was Meghan Pagliaro with 10 points. She put in two 3-pointers.

“The Coventry game was very tough. They were a good physical team,” said Coach Dave Maccarone. “Scoring was hard on both sides. We just enough plays to win.”

On Thursday, EG beat Shea/Tolman 55-44, making it five wins in a row for the Avengers. 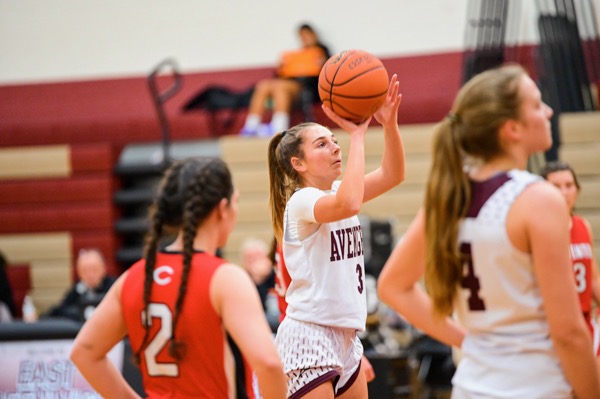 Alex Mega making one from the foul line. Credit: CN 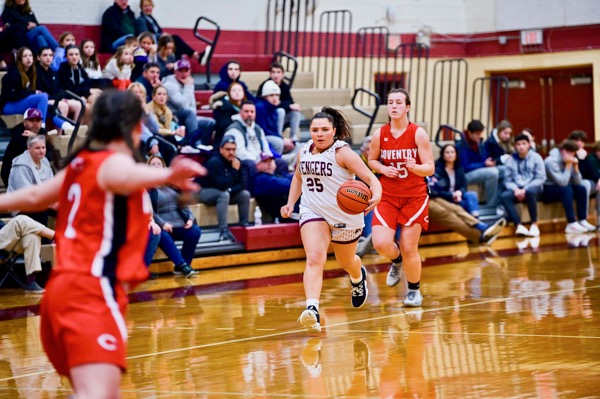 Laya Ameron brings the ball up the sideline. Credit: CN 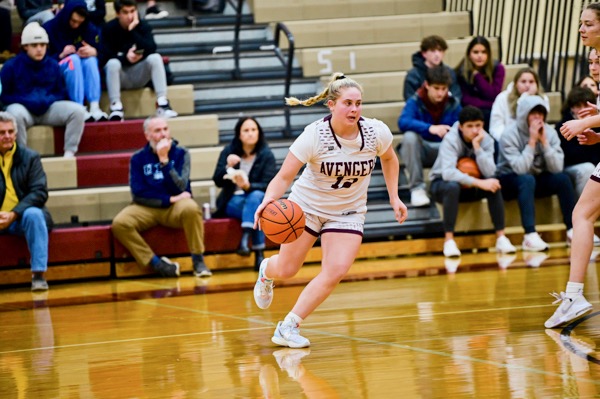 Brooke Fairbanks starts her drive to the basket. Credit: CN 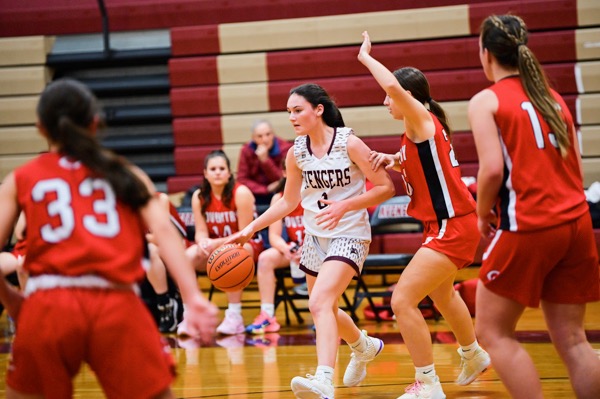 Gabriela Jackson takes the ball around the outside. Credit: CN