Getting Married at the Odeum: For Molly and Jack, It Was ‘Just Another Show’ 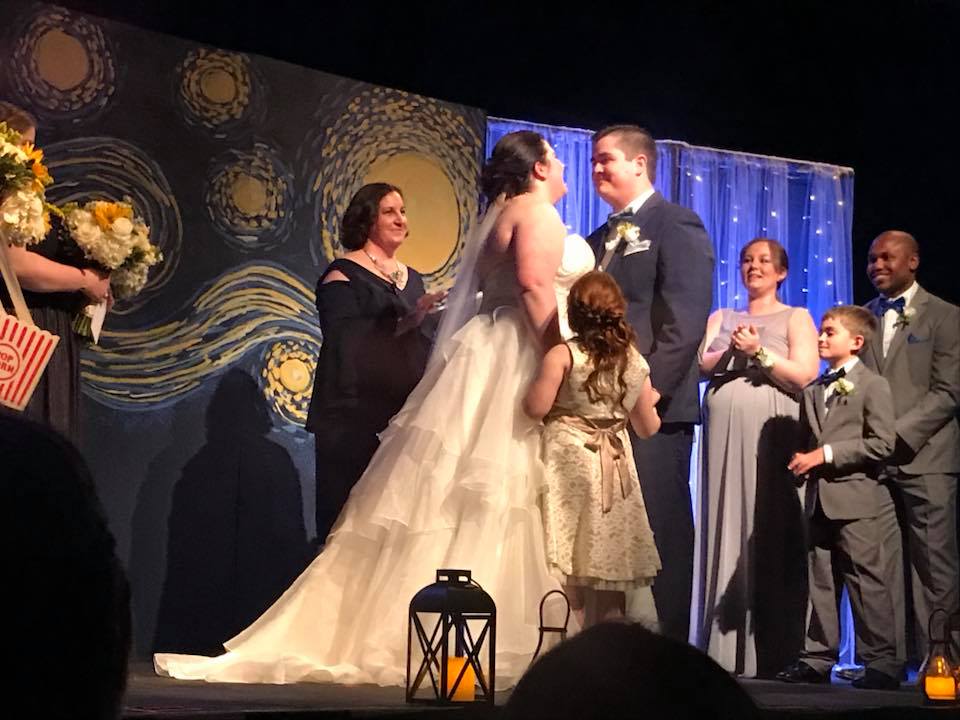 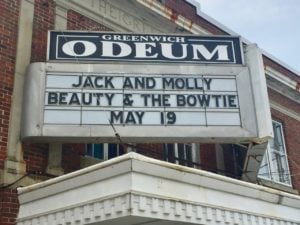 It was a classic “Let’s put on a show” moment when Molly Pritchard and Jack Mullen decided to hold their wedding last Saturday at the Greenwich Odeum.

Pritchard is the Main Street theater’s production manager and Mullen works the bar. For the wedding, last Saturday, Pritchard did all the flower arrangements. Her mother, a set designer, made the Van Gogh–inspired backdrop for the ceremony, and theater volunteer Kate Goldman officiated.

“Everyone was like, ‘You guys are so calm!’ We said, ‘We do this every weekend. We’re so used to this’” said Pritchard.

“It was a really good experience and I realized I really liked it,” she said. Pritchard graduated from EGHS in 2008.

She was the Odeum’s first employee three years ago. Today, there are three employees.

She met Mullen at Stop & Shop. He works at the Citizen’s Bank branch there and Pritchard had been helping out her father, who manages apartments, so she was at the bank a LOT, making deposits.

They started dating in July and six months later they were shopping for an engagement ring. 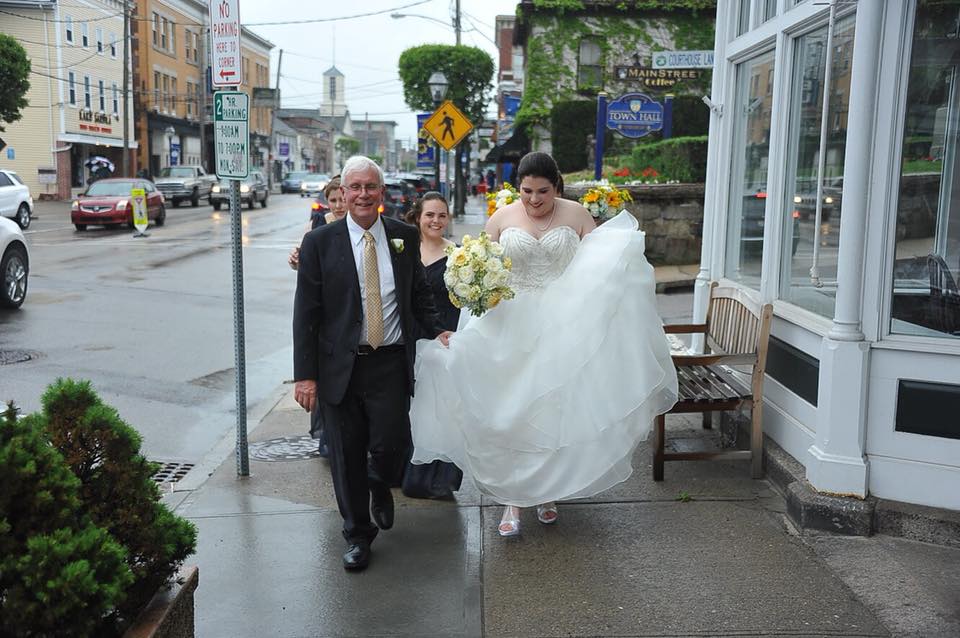 The Odeum is only part of this very East Greenwich wedding. The reception was held just down the street at the Varnum Armory. Pritchard found her dress at the Bridal Garden. Feast did the catering, with ice cream from Clementines. And the bride got her nails done at Naturally Nails.

In the end, however, theirs is a love story.

Molly said she knew almost immediately that Jack was the one. “With him everything’s easy,” she said. “You can actually see the future.” 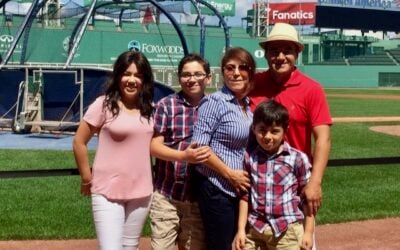