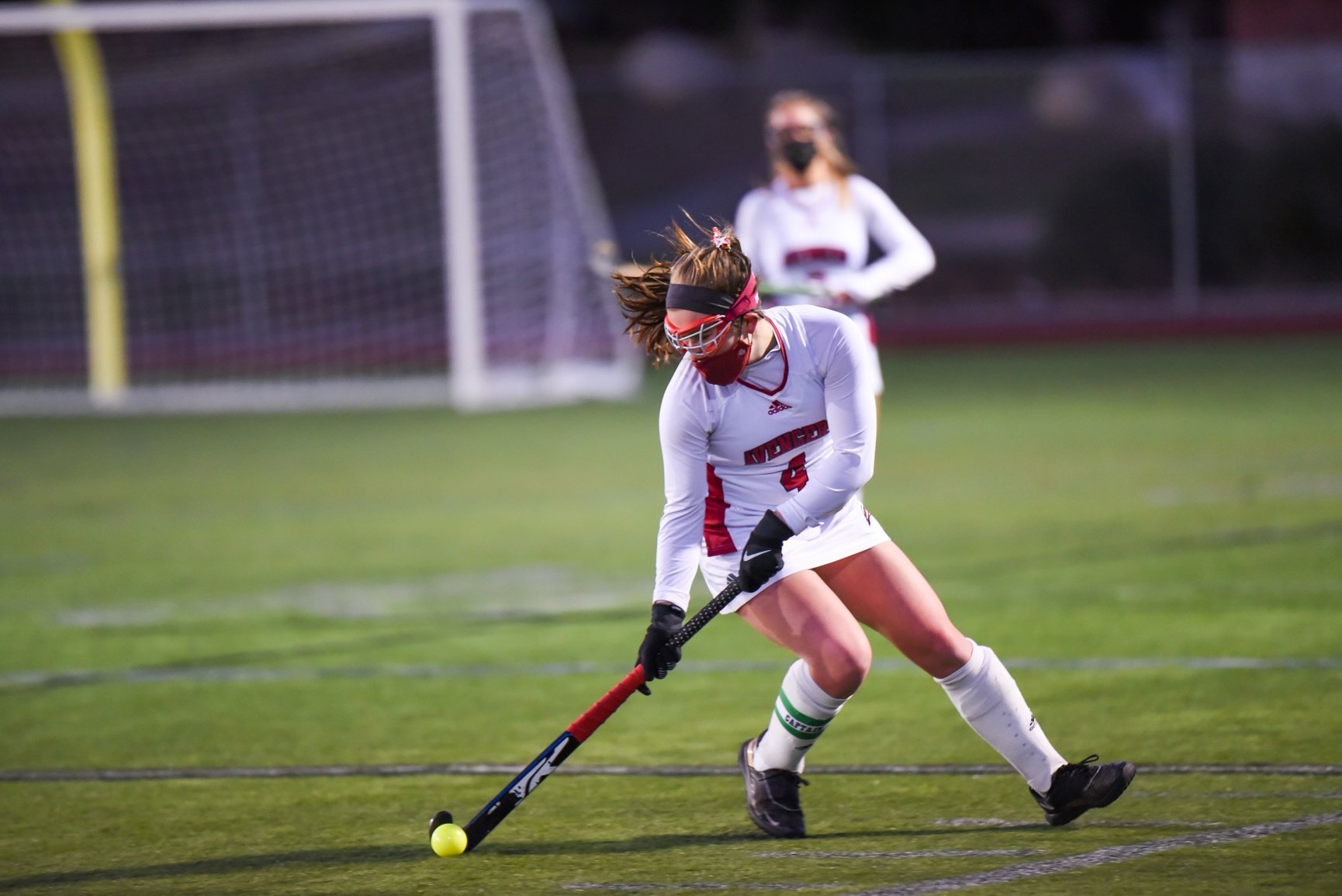 Above: Logan Shunney scored two goals in Wednesday’s semi-final game against Barrington. Photos by Chuck Nadeau. Find all his photos at chuckn.com.

Coach Deb McMullen says beating the same team three times in a season can be tricky but the Avengers did that Wednesday with a solid 4-1 win over cross-bay rival Barrington. They had just played Barrington Friday night, grabbing a 1-0 win only after a penalty shot by Alex Mega.

Wednesday night’s game looked a little like the Friday game, with no scoring in the first half, but then the Avenger offense cranked up, with goals by Alex Mega, Lola Balkcom and two near the end of the game by team captain Logan Shunney (with assists by Jillian Prior, Catherine Neville, Mega and Balkcom). Barrington’s Vivienne Mueller also scored, with an assist from Peyton Whittet.

“It felt really good to break that offense out,” said EG Coach Deb McMullen. “We made a few adjustments; they really did a good job shutting down Alex [Mega] and focusing on her. So some other people from our team stepped up today and that’s what a team is. That was excellent.”

“Sophia Bianco’s the leader of our defense and we didn’t need her as much tonight, which is a great team effort by everybody. She’s like our last defender,” said McMullen. “She really sets the tone back there. She’s got a lot of grit and heart and passion. And Logan Shunney – she’s just our warrior. She’s up and down the field . She probably runs 5 miles a game.”

The Avengers will play La Salle for the state title. La Salle beat North Kingstown 5-0 in their semi-final match also Wednesday. EG beat La Salle twice these season but the games were “very back-and-forth,” said McMullen. The game is Saturday at 11 a.m. at Cranston Stadium but spectators are limited to family members.

Alex Mega takes the ball down the field, flanked by Linnea Cervanka (#7).

The Avengers in a huddle before the game.