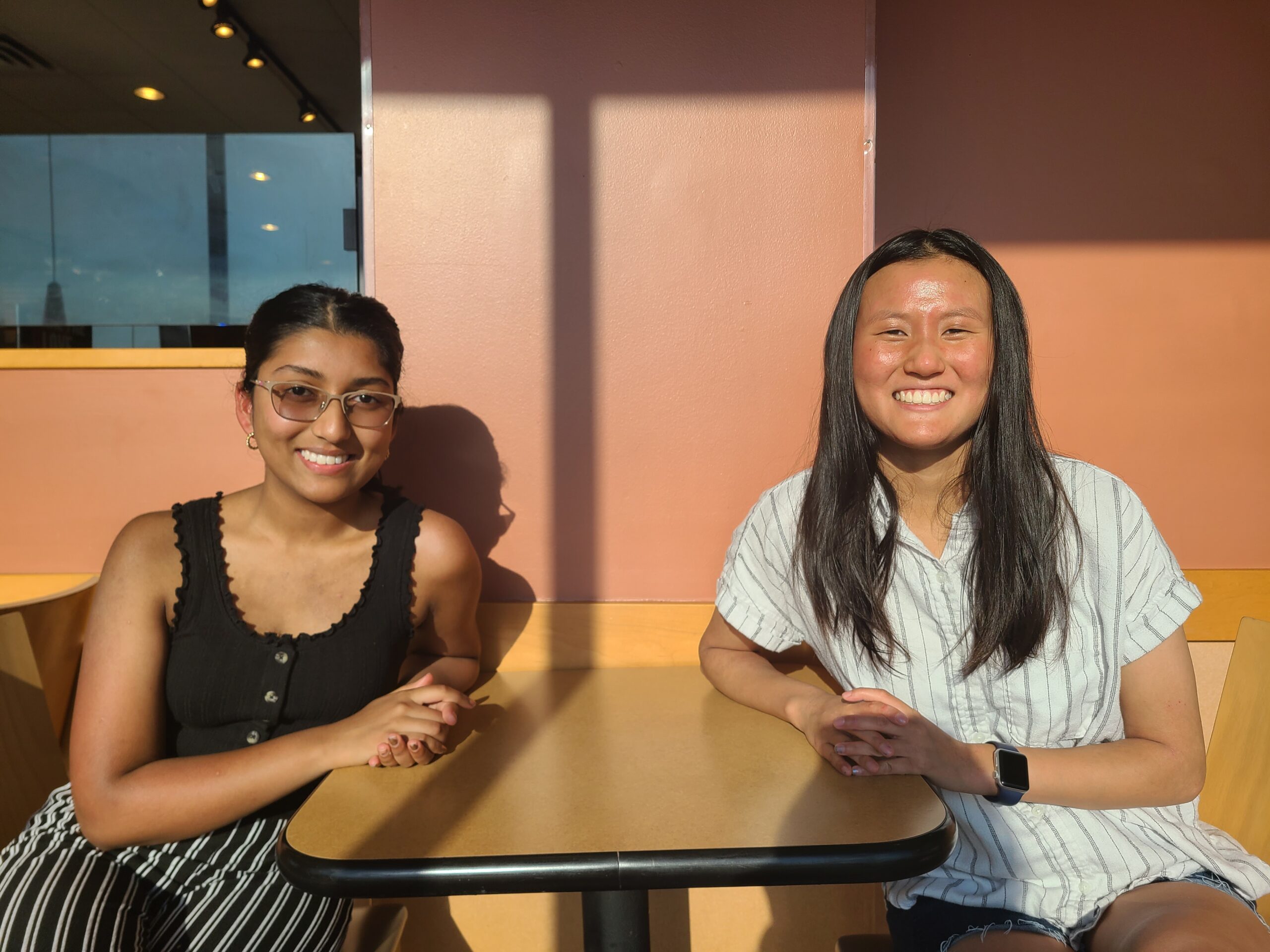 Valedictorian Saloni Jain and Salutatorian Julia Xu have much in common

The valedictorian and salutatorian of the EGHS Class of 2022 have more in common than vals and sals of years past. Saloni Jain, this year’s valedictorian, and Julia Xu, salutatorian, earned these spots by having the highest grade point averages in their class. That’s the norm.

But it turns out Jain and Xu are good friends as well. 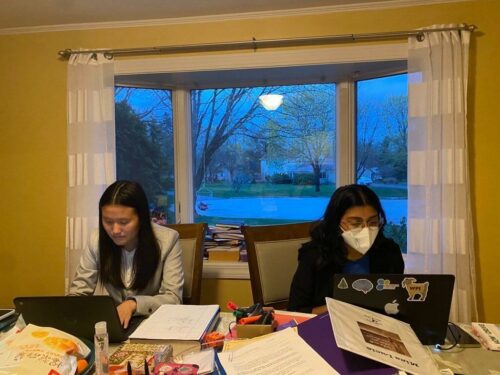 The two have been in similar classes and clubs since their days at Cole Middle School and they have remained close throughout.

They have another bond: Xu and Jain each are following a sibling who were top of their classes. Jain’s brother, Suraj Sait, was valedictorian for the EGHS Class of 2020. Similarly, Xu’s sister, Rebecca Xu, was salutatorian for the Class of 2021.

Even with that pedigree and their own excellent academic accomplishments, neither Jain or Xu said they intended to become valedictorian or salutatorian.

“I felt proud that my hard work had paid off,” reflected Saloni. “Four years of late nights and perseverance paid off and that feels rewarding, but I didn’t set out to become valedictorian.”

Xu similarly felt that her main goal was to do well in her classes and having a high GPA simply came as a result.

In addition to their individual accomplishments, both young women have participated in Cross Country, Science Olympiad, Future Business Leaders of America, and Model UN. Xu appreciates the opportunities they’ve had to try out so many clubs. Some students may be apprehensive to try new things in favor of focusing on one. However, Xu said she sees value in pursuing multiple areas of interest during high school.

She corrected a commonly misunderstood quote by saying, “’You can be a jack of all trades and master of none but still better than a master of one.’ That’s the full saying. No one ever includes the last part, which really changes the meaning.”

Cross Country, one of their many shared activities, brought them closer. Jain joined the team her freshman year and convinced Xu to run with her. When Xu showed up to her first practice on a hot morning in late August, she quickly found she had to complete a tough hill workout. Despite the shock, Xu stuck with the team and continued to run with Jain.

Inside of school, the duo has worked together in many classes, such as AP Calculus and AP Physics. Both have been grateful for the support they have received from each other.

One of Jain’s favorite memories from physics is related to a collaboration with Xu. That’s Mr. Lenox’s class, where he likes to put a challenge forth for the whole class, including himself, and see who figures it out first.

“Before Mr. Lenox figured out how to do it, Julia and I derived the moment of inertia of a uniformly rotating rod with integral calculus. It was a beautiful moment, Julia and I were very proud,” Jain said.

Following tradition, Jain and Xu will each give a speech during the class graduation on June 12. Many friends and family members are offering suggestions on what to include. One suggestion is to mention their class prepping for the famous sophomore class World War I debate back in the spring of 2020 then not being able to complete it – one of many Covid casualties.

Xu got a suggestion from teacher Mr. McPartlin, who suggested she take after a previous grad who spoke of learning to accept her curly hair. Xu jokingly told him there was no way she could do that since she has pin straight hair. Either way, both Jain and Xu are sure to have stories to tell during the ceremony.

Next fall they will be attending college, with Jain heading to Columbia University in New York City, and Xu joining her sister at Northwestern University in Illinois. Though they will both miss East Greenwich High School, they said there were proud of their accomplishments and appreciate all their memories with friends and teachers.

“We did the best we could,” Jain said. “We got the highest GPAs, but does that mean that we’ve mastered the whole school, social life, and activities balance? Probably not, I don’t think any high schooler achieves that.”

Junior Morgan Walsh has been writing for EG News since her freshman year. 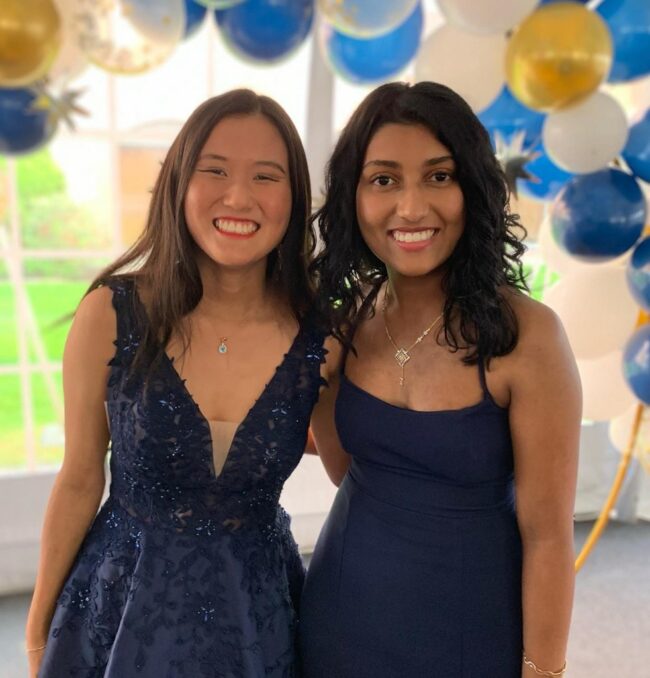 Friends Julia Xu and Saloni Jain at prom in May.