EG Says No to ‘Playtime at the Polls’ 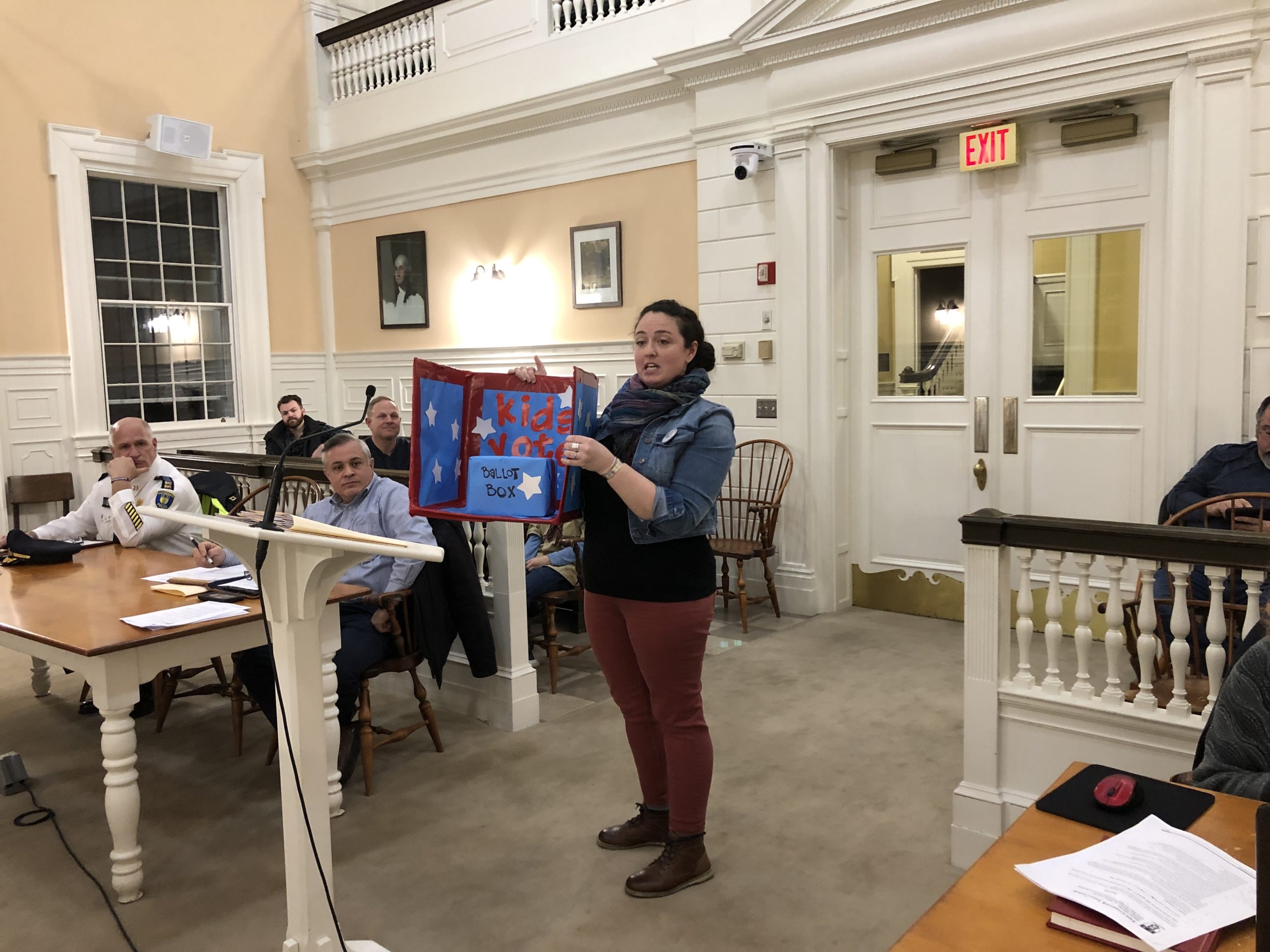 Above: Meg Carnaroli of Playtime at the Polls talks about the program at the Town Council meeting Feb. 10.

The idea is the brainchild of Scituate resident Meg Carnaroli: provide an activity table staffed with volunteers at local polling places on Election Day where young children can hang out while their parents vote.

A couple of years ago, Carnaroli, a parent of two young children herself, was looking at voting rates among different age groups and noticed that young people vote 25 percent less often than those 65 and older.

“I’m a teacher and a camp counselor and I thought that was something I could do something about,” she said.

Carnaroli started talking with family and friends about a way to help parents of young children vote more easily. The result was Playtime at the Polls, a 501(c)(3) nonprofit that is offering its services to cities and towns across Rhode Island for the Nov. 3 general election.

Secretary of State Nellie Gorbea has endorsed the program and, so far, 14 communities have signed on. East Greenwich is not among them.

Playtime at the Polls would offer kids an opportunity to vote too.

At the Town Council meeting Feb. 10, Carnaroli spoke during public comment hoping to recruit support. The idea, according to Carnaroli, is that Playtime would supply trained volunteers and offer activities for the children. The volunteers would have background checks and the effort is insured, she said.

“We don’t take custody of the children,” Carnaroli explained. Instead, it’s more like when children get their face painted at a fair. “The idea is we don’t want the children to be out of the line of sight of parents,” she said. “We just supervise.”

Councilwoman Caryn Corenthal said she was supportive of the effort but Town Manager Andrew Nota and Town Clerk Leigh Carney both expressed less enthusiasm, especially in a presidential election year.

The Board of Canvassers discussed the proposal at its meeting Feb. 11. They did not take a formal vote, but the general consensus was to decline the program.

“The board … felt that for this particular election season, the risk of a mishap is greater than the benefits of the program and, therefore, declined to engage but is willing to reconsider in the future,” said Town Clerk Leigh Carney.

According to Carnaroli, two other towns have declined to use the program: West Greenwich and Warren, both citing space constraints. Find a link to Playtime at the Polls HERE.