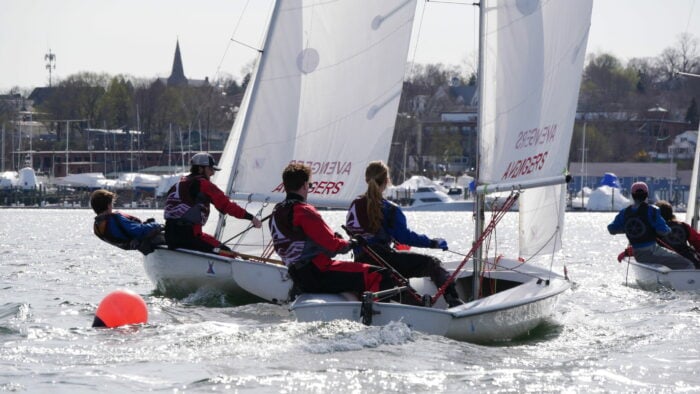 It’s been a banner season so far for the Avenger Sailing team, with a 5-0 record against local schools and last Sunday they qualified for the NESSA O’Day Regatta taking place this Sunday (5/8) at MIT in Cambridge, Mass.

“This past weekend was huge, it was the icing on the cake,” said parent and Avenger Sailing board president Keith Amelotte. “It was a goal the team set with the coach, to qualify for the O’Day, and they made it.”

It hasn’t always been like that, with good years and not so good years for the team, but no one can remember the team qualifying for O’Day before.

To qualify for the O’Day, the Avengers had to compete against 10 other teams in Hyannis. There were three other locations holding qualifying regattas around New England. EG ended up being one of the four teams to qualify out of Hyannis.

The Avenger Sailing team is coed and takes all comers, those who’ve been sailing since they were little (usually through the GBSA program) and those who want to learn. For the qualifier, only four sailors compete, on two boats. But even those who weren’t in a boat played a role, helping get new boats ready.

Captains this year are Curtis Sims, Shannon Bretcher, and Zach Amelotte. Coach Rob Russell is an EGHS alum. (Fun fact: the EG Sailing team’s first coach was Neil Marcaccio, who went on to serve as principal of Meadowbrook Farms and is now director of MTSS for the school district, as well as an avid sailor!)

The team will be facing the best high school sailors in New England on Sunday but, said Keith Amelotte, “Just qualifying for one of these New England championship events is a massive accomplishment.” 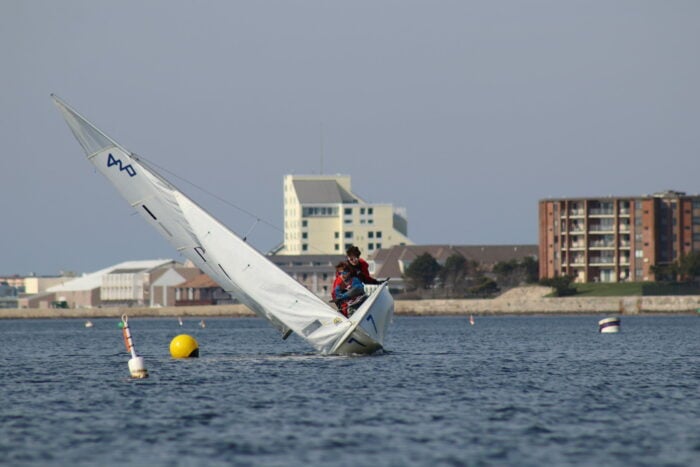 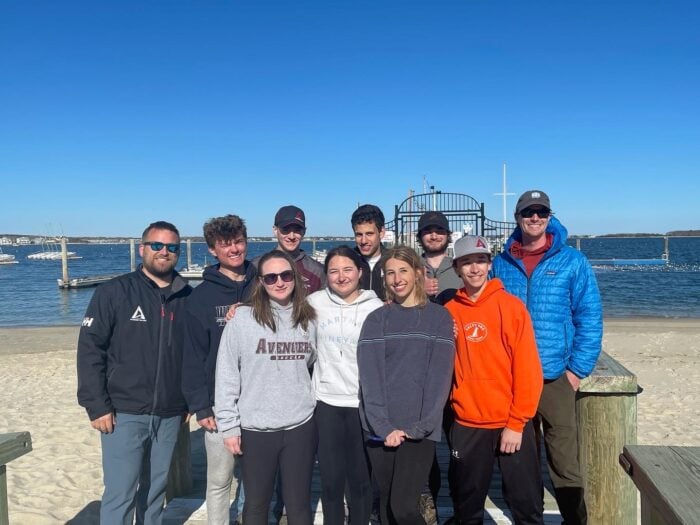