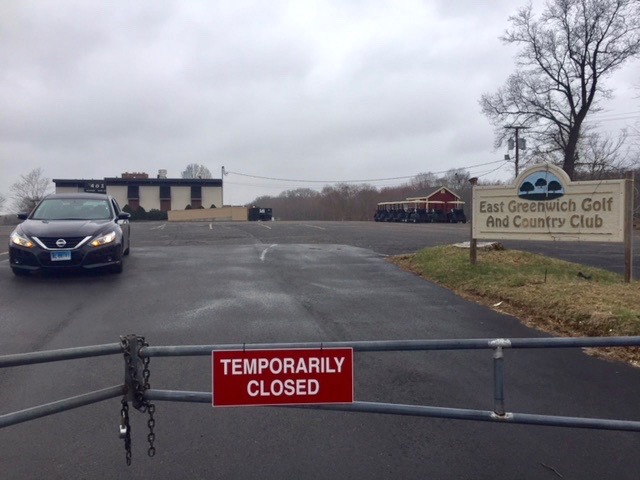 East Greenwich, R.I. – Anyone interested in golfing at East Greenwich Golf Club Saturday found the parking lot gate closed and a security guard sitting in a car just inside the gate to keep people from gaining entry.

One year after the club and restaurant were taken over by lawyer and former state attorney general candidate Rob Rainville, they were abruptly closed.

The nine-hole golf course was public – golfers could pay by the day – but also had yearly memberships.

“It’s going to be closed a little while,” said the security officer, who said her information came from the school. “They don’t know exactly how long before they get that squared away.”

For Joe Bertrand, it was a blow. The East Greenwich resident said he golfs at the club multiple times a week, along with a group of retirees who’ve been coming to the club for years. He had golfed there last week.

Bertrand said Rainville had done a good job improving the course and the restaurant, which had been known as Bistro 9 but became The 4o1 under Rainville.

“The restaurant is gorgeous. The greens are fantastic. They gutted the whole place. He did a great job,” Bertrand said. He said Rainville had been there pretty much every day since taking over and that Rainville had had big plans.

“It was a shock to me,” he said of the closure.