EG Football: A Win Over Portsmouth, 10-3 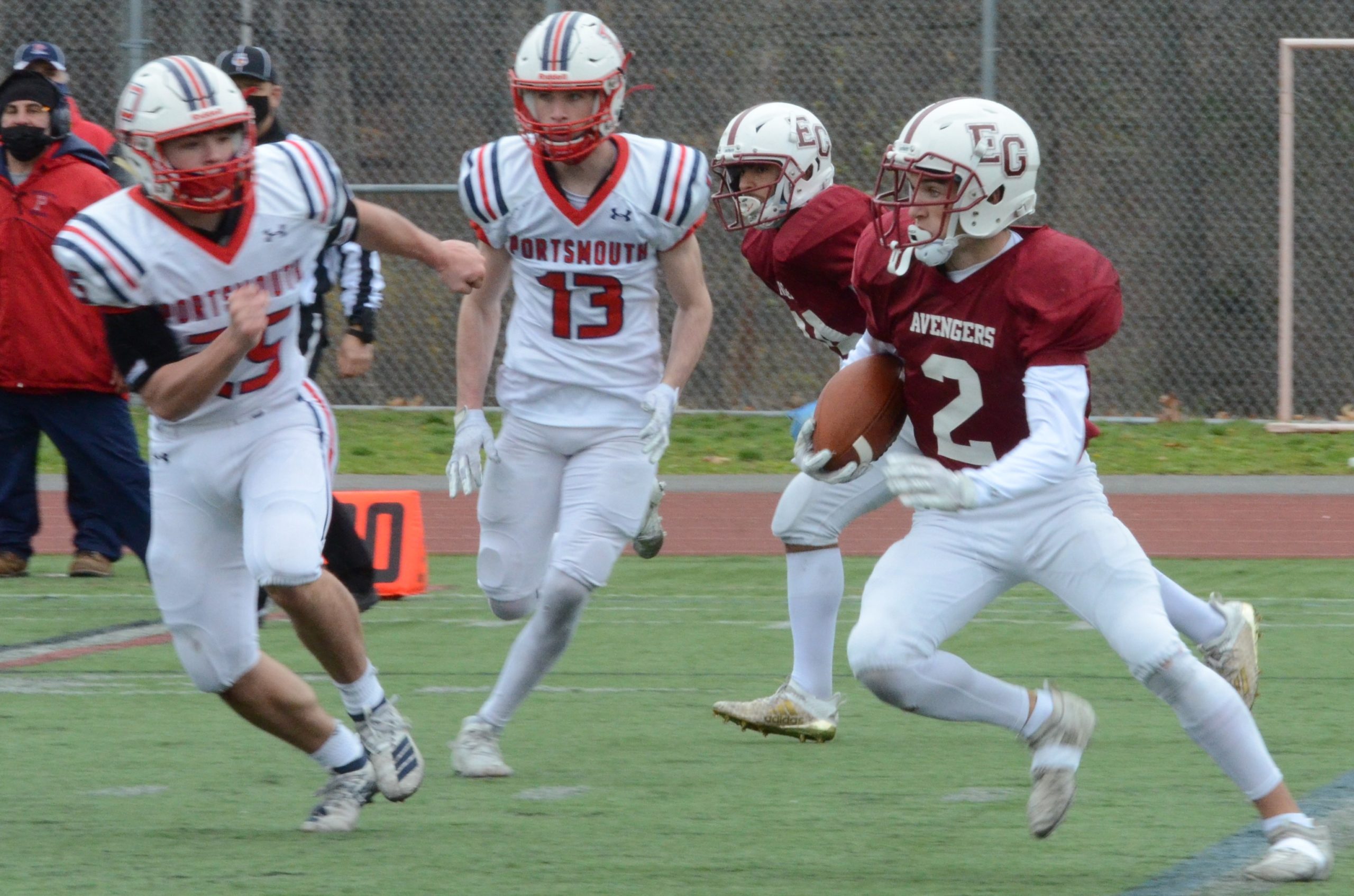 Above: Jack McMullen (2) looks to evade the Patriot defense. Photos by Mary MacIntosh

The short spring football season is nearing its regular season run with the Avengers at 2-1 with a single game left, after a 10-3 win over Portsmouth Friday.

“The boys played well against Portsmouth, especially the defense,” said Coach John George.  “Offense made just enough plays to win. At the end of the first half the offense ran a great 2-minute drill to travel 60 yards in 2 minutes that ended with a Jack McMullen 40 yard field goal.”

In the second half, the Avengers scored a touchdown on a short run from McMullen. They have one more game, Friday, April 23, against South Kingstown. A victory means playoffs; a loss means their abbreviated season is over. Both EG and SK have only lost to Central.