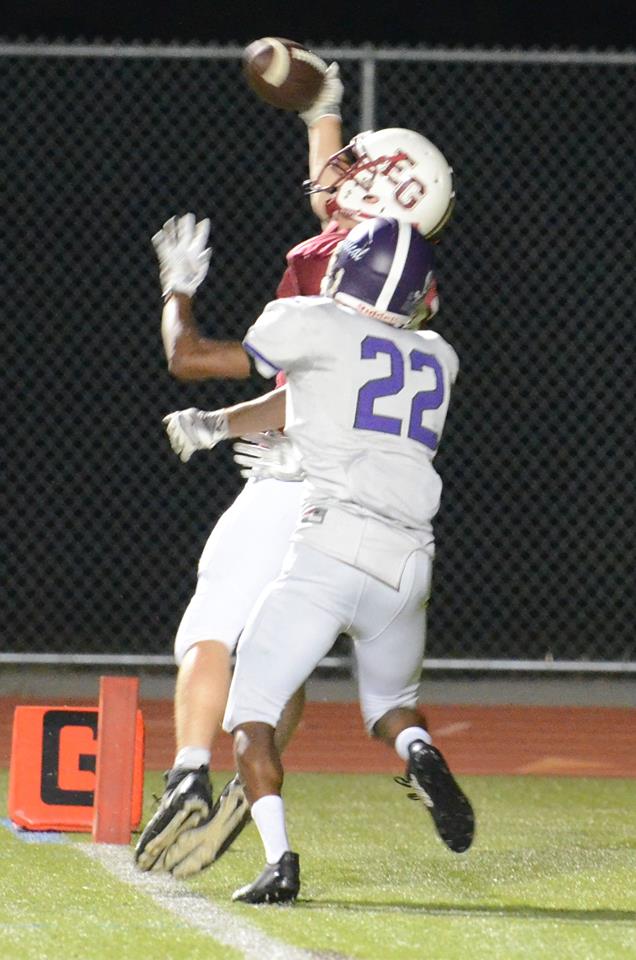 The East Greenwich Avenger football team had another strong performance Friday night, defeating the Classical Purple 42-21 at Carcieri Field. They are now 4-0 for the season, leading by double-digits in 3 of those games.

Running back Kevin Liccardi racked up 4 touchdowns for the Avengers. Interceptions by Andrew Plympton (2, plus a touchdown) and Jack Mattis (1) helped out too.

The team travels to Barry Field in Woonsocket to take on the Villa Novans next Saturday (Sept. 29) at 1 p.m.

Kevin Liccardi scores a touchdown, one of four he had Friday night. Photo by Mary MacIntosh

With two touchdowns, Classical’s Samuel Baddoo had a good night, even if his team did not. Photo by Mary MacIntosh