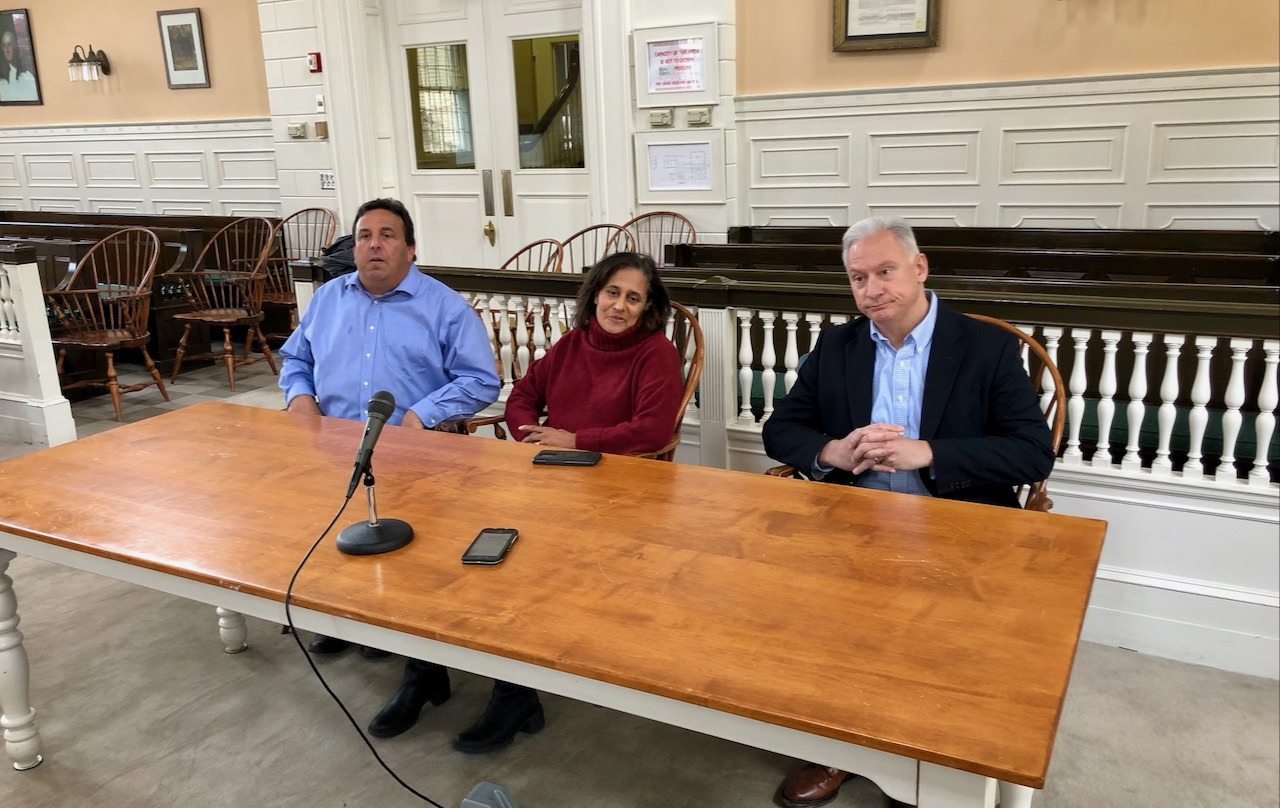 In an impromptu interview Friday with councilors-elect Mike Donegan, Renu Englehart and Mike Zarrella Friday, Englehart and Zarrella expressed surprise with the election sweep but all three said they thought it had to do with the voters desire for change.

“I was amazed how many people knew what was going on in the town. People really were paying attention…. But I still never thought we’d sweep,” Zarrella said.

“We were known to the voters,” said Donegan, citing various members’ town board involvement and community longevity. “So people voted for the individuals. They definitely wanted a change.”

All three were unhappy with Corrigan’s decision to announce that the town has a $2 million deficit for 2018 on the Dan Yorke Show after months of refusing to release financial information.

“I have a hard time with the fact that Ms. Corrigan chose to go on Dan Yorke to tell us about the town financial situation when she hadn’t given the courtesy to any of us who were newly elected to give us that same information. I really think that’s inappropriate,” said Englehart.

As far as Corrigan’s tenure, Donegan and Englehart both said she had to go. Zarrella said he wanted to look at her contract before taking action.

Even with that, they said they hoped for an orderly transition. The interview took place before news of Dykeman’s departure.