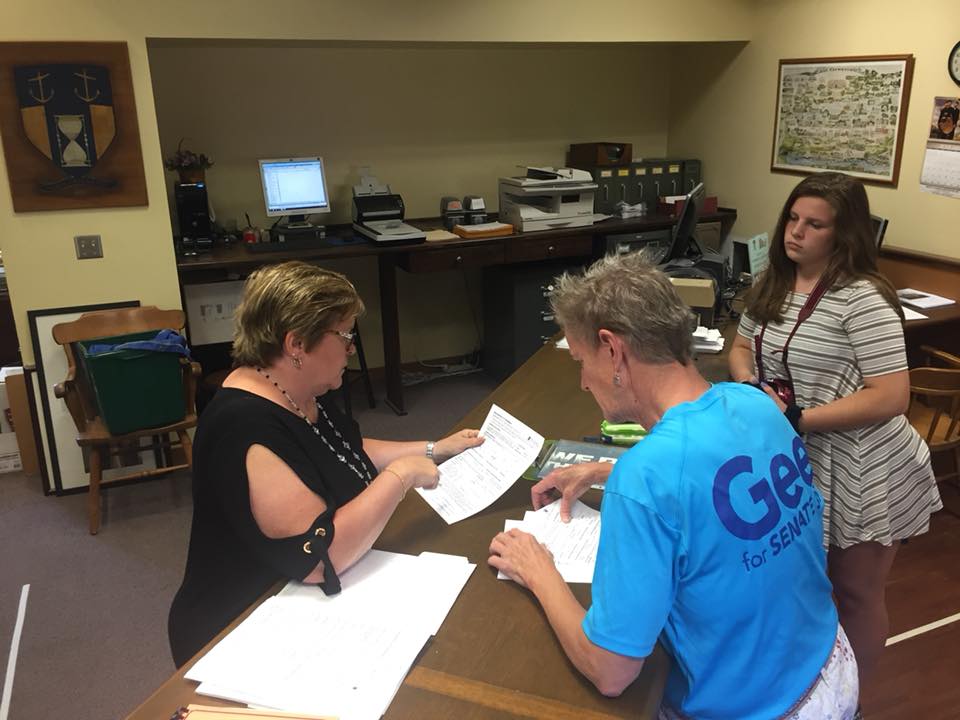 This story has been amended since it was originally posted.

As expected, incumbent Anthony Giarrusso (R) is running for reelection for the state Rep. Dist. 30 seat he’s held for three terms, opposed by newcomer Justine Caldwell (D), who had been pursuing a vigorous campaign long before this week’s formal declarations.

But if the Representative District 30 race is setting up just as was expected, the Senate District 35 race has presented surprises.

The first came Monday, when Dana Gee registered to run for the seat held by her husband, Mark Gee. In a press release, Mark said he was stepping down to make way for “new energy.” That new energy, apparently, is Dana, who ran her husband’s earlier campaigns and runs her own graphic design company.

Gee’s slogan for the race is “Hard Work and Hope for Rhode Island.” She said she’s running to ensure a continued Republican hold on Dist. 30. She will face William Murphy in the primary. Murphy signed up to run as a Republican yesterday. 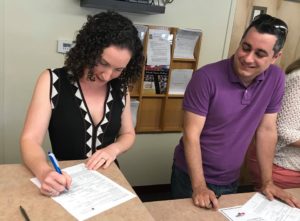 On the Democratic side, two people declared a run for the Senate seat: Bridget Valverde of North Kingstown and Gregory Acciardo of East Greenwich. ValVerde announced her decision to run for the seat months ago, but Acciardo declared on Wednesday, to the surprise of local Democrats.

For Acciardo, who said he hadn’t realized ValVerde was running, it was a question of making sure the race for the Senate seat was contested. Acciardo served in the state Senate representing Johnston from 1984 to 1992.

Valverde, who works in fundraising and communications, supports comprehensive health care, the environment, and higher wages for working families.

If both stay in the race, there will be a primary Wednesday, Sept. 12. Gee will face the winner.
In a press release about his run for reelection to the House Dist. 30, Giarrusso touted legislation that would criminalize possessing bomb-making materials and his support the “Neil Fachon ‘Right to Try'” legislation. Giarrusso owns and operates a jewelry company in Johnston.
Justine Caldwell said she’s running because more women are needed in public office. She supports common sense gun laws and abortion rights and she wants to bring that voice to the State House.