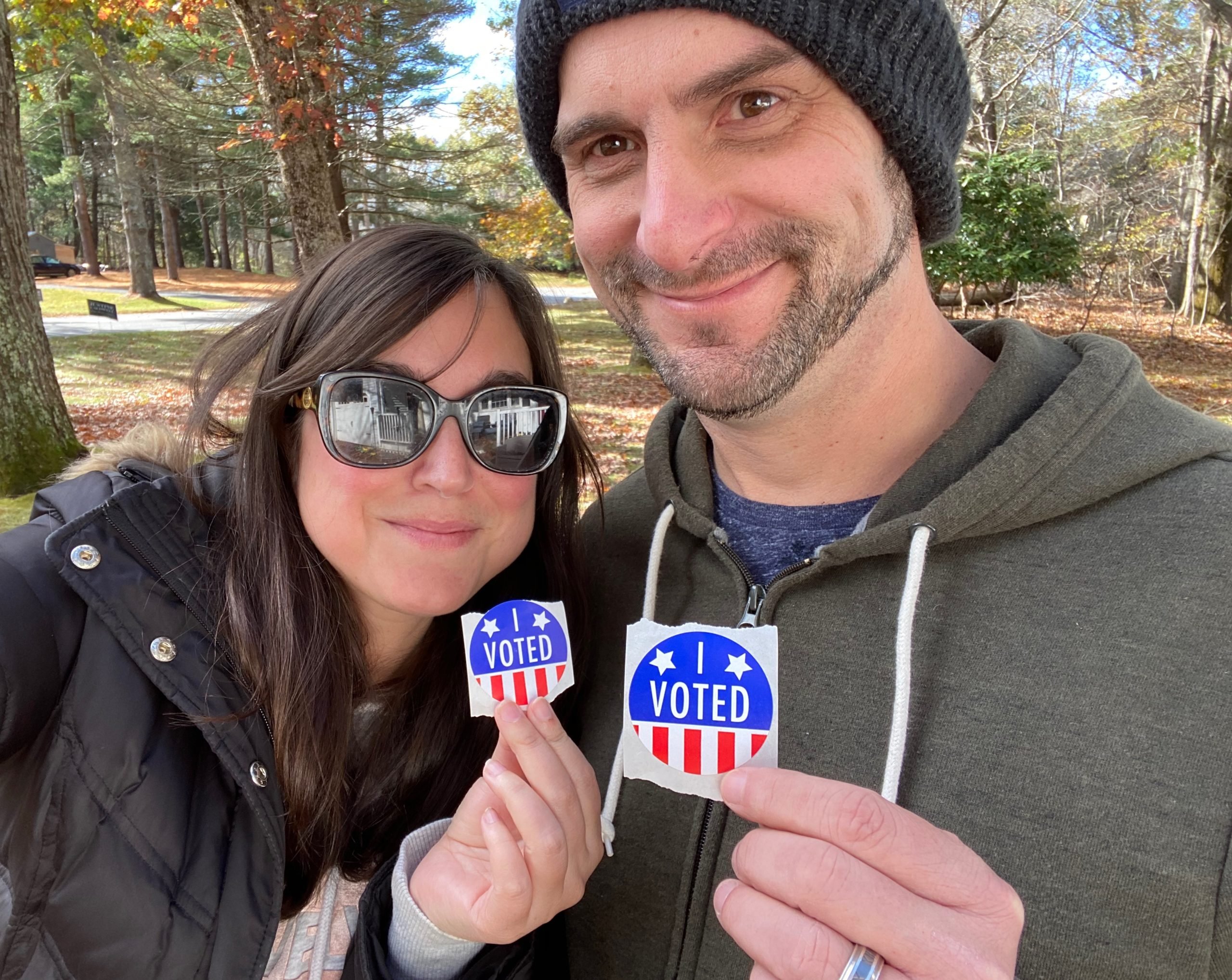 Above: Justine Caldwell, with her husband, David, after they voted early in-person at Town Hall Monday.

Final results in the House Dist. 30 race didn’t come in until early Wednesday morning, when Justine Caldwell won her second term by defeating Anthony Giarrusso after 3,228* mail ballots were counted. Caldwell defeated Giarrusso in 2018 also. With somewhere between 180 and 200 votes left to count (provisional ballots and mail ballots received on Election Day should be added to the total by Friday), Caldwell had a 342 vote lead over Giarrusso, 51.8 percent to 48 percent. (She won by 169 votes in 2018.)

Caldwell was tired Wednesday when we caught up with her but already pivoting to the next job on her list: choosing a new speaker of the House. Current speaker Nick Mattiello, a Democrat, lost his bid for re-election Tuesday in a high-profile race against Republican Barbara Ann Fenton-Fung in Cranston.

“He is the most accessible person in the House of Representatives,” Caldwell said of Shekarchi. “He tries to help and does help every person who comes to him. He does a great job building consensus.”

She said Blazejewski has been a mentor to her during her first term in office and that he was “very progressive,” crediting him with pivotal help in passing the bill codifying abortion protections to match Roe v. Wade in 2019.

“They are a transparent, accessible team who I share many ideals with and I’m just thrilled,” Caldwell said. “Joe is committed to working with everyone.”

The newly elected House Democrats meet Thursday night to hear from members vying for leadership roles. So far, the other contender for House speaker is Liana Cassar, Dist. 66 (Barrington/Riverside), who says the House needs real change, not the second in line to Mattiello.

Caldwell said she had “full confidence” that Shekarchi and Blazejewski would diversify House leadership.

Beyond the leadership decisions, Caldwell said the House needed to help “keep businesses, families and schools afloat in the middle of this pandemic.”

Noting that Shekarchi was one of Gov. Gina Raimondo’s first campaign managers, Caldwell said she thought their positive relationship would help them work well together.

Caldwell said a new area of focus in her second term would be to help people with specials needs and their families. Many parents of K-12 special needs students reached out to Caldwell during the pandemic to talk about the dearth of help for their children. That was an eye opener for Caldwell.

“I’m going to be focused on legislation to help our special needs population,” she said.

She said she would be putting forward gun safety bills again and felt confident in positive results, especially with the support of Raimondo and Atty. Gen. Peter Neronha and the addition of several progressive members to the House this election.

*An earlier version of this story had used the total number of mail ballots originally requested (3,300); the only mail ballots counted were those that were actually returned and verified. We apologize for the error.