Boys Soccer: 3-0 Win Over Westerly; Playoffs Up Next for Undefeated EG 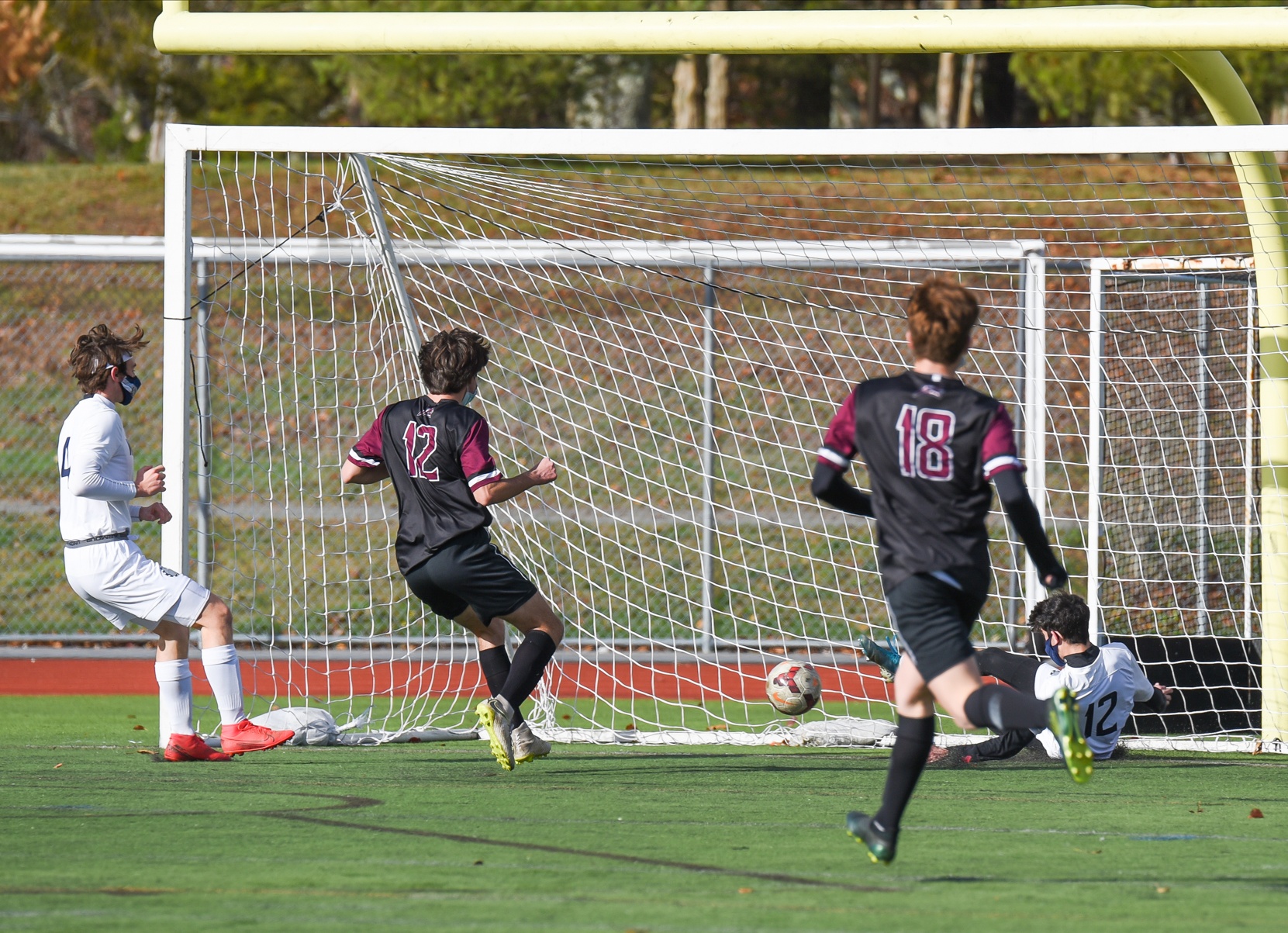 Above: Goal shot by Diego Gomez (#18) in the second half. Photos by Chuck Nadeau. Find all his photos at chuckn.com.

Everything has come together for the varsity Boys Soccer team this year, after losing only one player to graduation last year. They head into the playoffs Monday undefeated after their win 3-0 Saturday over Westerly.

Ben Allaire scored the first goal, at the 20-minute mark during the first half. Diego Gomez and Ethan Fain both scored goals in the second half.

“Ben created a turn over by being aware and alert to what Westerly was doing, got the ball and went to goal and was  able to finish,” said Coach Pat McGuirl. “On the second goal Diego Gomez knocked in the rebound of Ethan Fain’s shot and the third goal was unassisted by Ethan Fain who got the ball inside the Westerly half made a couple of moves and fired the ball into the net to make it 3-0. Carter Andrews and Griffin Gee combined on the shutout in goal.”

One of the reasons things have come together this year is the boys have been playing together for years – plus, most of the starters this year were starters last year. The team’s success has been as much because of its strong defense as its aggressive offense. Notable have been Kevin Cianciolo as sweeper and Carter Andrews as goalie. Cianciolo, Andrews, Fain and Aydin Kocak are team captains.

“We’re playing with a lot of confidence right now,” said McGuirl. “We’ve accomplished our goal of winning our group. Now we’re focusing on the playoffs and taking things one game at a time.”

EG plays Cranston East Monday at 6 p.m. at Carcieri Field. Because of the pandemic, only a very limited number of spectators are allowed.

Because of COVID-19 precautions, players are only able to have a couple family members at a game.