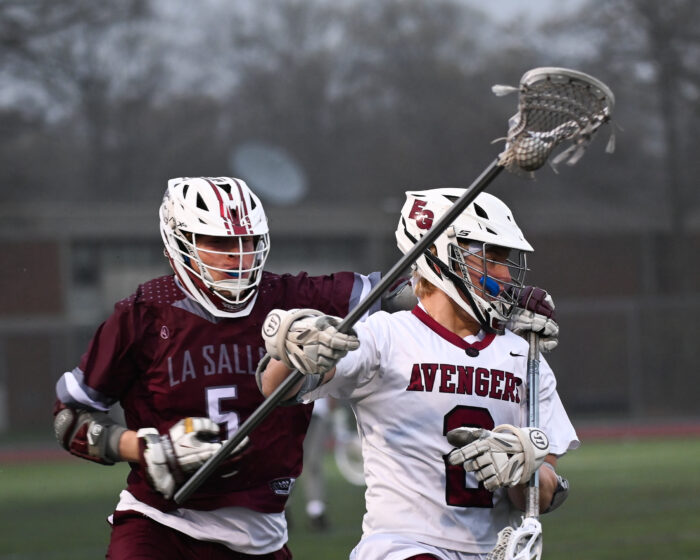 Above: Tim Votta is bothered while trying to move the ball. Photos by Chuck Nadeau – find all his photos at chuckn.com.

It was not a good night on Tuesday. The weather was bad. Rainy and cool. That didn’t help the Avengers. The other thing that didn’t help was that they were playing La Salle. Oh, and one more. This is their first year playing in Division 1.

The perfect storm? First, let’s put everything in perspective. La Salle is coming to EG unbeaten. Four games. They are averaging 22 goals per game. You heard me right.

Now EG. The first year at DI, and many of their best players graduated. Now don’t get me going on the issue of public versus private schools. Let me know what you think in the comment section below.

The next game for the EG Avengers will be on April 29 against Middletown at Middletown. 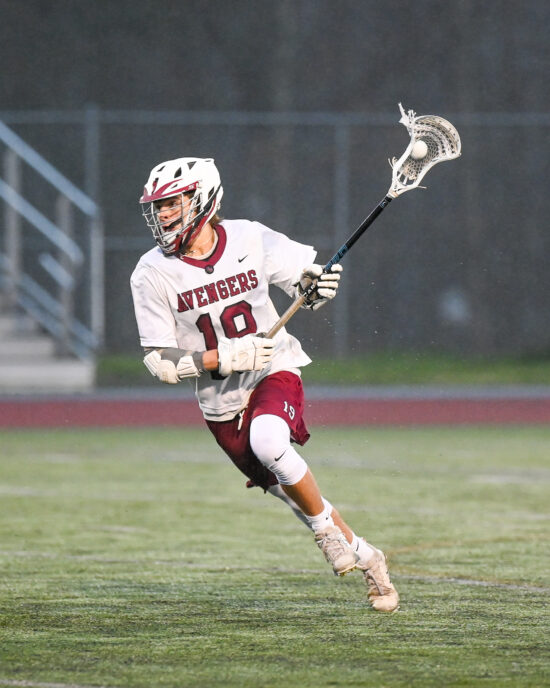 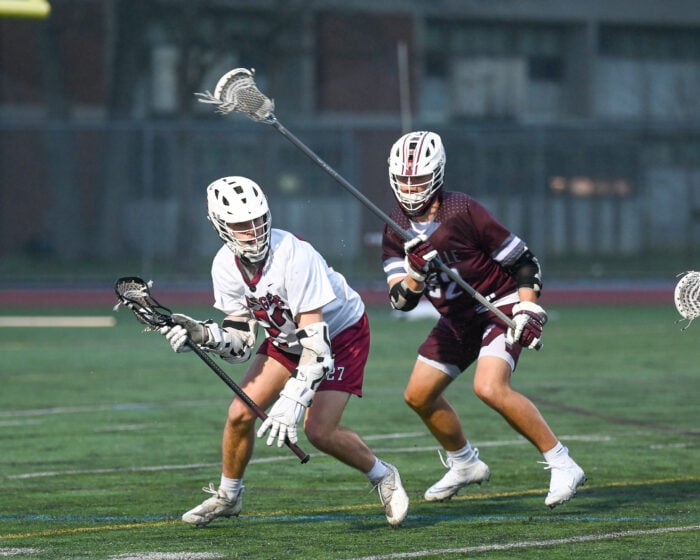 Luke Handy goes under the long stick of LSA. 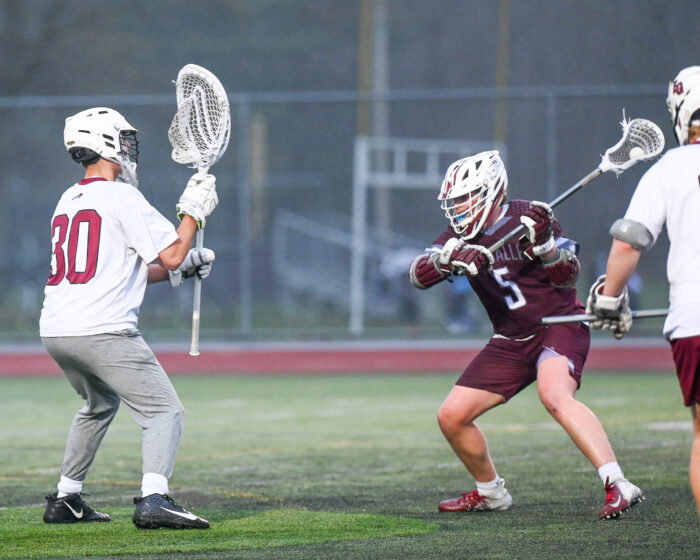 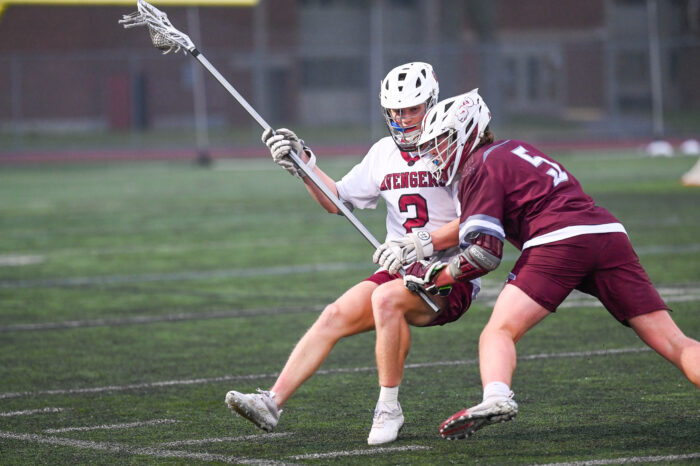 Tim Votta slips making a cut and goes down.